The Trans-Pacific Partnership trade deal is reviving the debate over temporary foreign workers because side agreements would exempt international companies in Canada from requirements to offer jobs to Canadians first.

The Globe and Mail has confirmed that the deal, like Canada's existing trade pacts, contains provisions that would make it easier for companies from TPP countries to bring temporary foreign workers to their operations in Canada. Employers from some of those countries would also be exempt from a wage floor Ottawa established in 2014 to ensure foreign workers on intracompany transfers are paid the prevailing wage for their occupation.

(What is TPP? Understanding the new Pacific trade deal)

Canada and 11 other Pacific Rim countries announced the trade pact earlier this month in Atlanta, but it must be approved by the legislatures of the member states. Conservative Leader Stephen Harper has championed the deal during the election campaign as evidence of his party's focus on the economy, while NDP Leader Tom Mulcair opposes it. Liberal Leader Justin Trudeau has said his party is pro-trade, but has not taken a definitive position.

The full text of the trade deal has not yet been released. Trade Minister Ed Fast has promised a provisional text soon. Officials say the rules will vary by occupation, source country and category of businessperson, including intracompany transfers, investors, professionals and technicians. It is not yet known what occupations will be listed under the deal.

Canadian officials say the side deals with the TPP countries were negotiated to ensure no negative effects on Canada's labour market and that partner countries would also agree to ease restrictions on Canadian labour.

But the growing number of countries that Canada is exempting under trade deals also means a larger number of foreign workers could come here without going through a recently launched screening process.

In response to widespread controversy, the Conservative government introduced sweeping reforms to Canada's temporary-foreign worker rules in 2013 and 2014. The government was reacting to concern the program failed to protect workers from exploitation and was suppressing wages in Canada.

The new rules split the program into two components. One section continues to be called the Temporary Foreign Worker Program and is aimed at filling low-skilled jobs. The reforms include a tougher screening process called a labour market impact assessment, which requires employers to prove they have exhausted all attempts to hire Canadians. Employers are also subject to surprise audits.

The reforms also put part of the old program into a new category called the International Mobility Program, which allows employers to bring in workers without looking for Canadians first. That category includes intracompany transfers and workers brought in under free-trade agreements.

When the new second category was announced, the government said the "main source countries are highly developed." The lower-skilled foreign-worker program would primarily draw from developing countries.

Canada's membership in the TPP would blur those lines.

"What this agreement does, it increases the access to corporations to basically pool cheap labour from countries such as Vietnam," he said. "We're very much concerned about what this agreement brings about, especially on the temporary-foreign worker side."

The 12 countries of the TPP include Vietnam, which is ranked 121 out of 187 countries in the United Nations human-development index, which measures countries' social and economic progress.

The role of intracompany transfers in relation to temporary foreign workers was at the heart of the controversy that inspired Ottawa to reform the program. The chief executive of Royal Bank of Canada apologized in 2013 after reports about a plan to use temporary foreign employees to displace work being done by its own information-technology staff.

In 2014, the Department of Citizenship and Immigration announced new rules forcing companies that use intracompany transfers to comply with a "wage floor" that ensures workers are paid the prevailing amount for the position in that region of the country.

Federal officials confirmed to The Globe the TPP deal would impose the wage-floor rule on foreign workers from Malaysia, Singapore and Vietnam. However, employers could still bring in workers to Canada from those countries through intracompany transfers or other provisions of the trade deal without labour-market screening provided they comply with the wage floor.

McMaster University economics professor Arthur Sweetman says Ottawa's statistics likely underestimate the number of foreign workers arriving in Canada under the North American free-trade agreement. He said there is not enough information yet to determine exactly how the TPP would change Canada's labour market, but he expects more foreign workers in Canada.

"It's not clear that they're even going to keep records," he said. "There's going to be potentially a whole pile of short-term visitors that we're just not going to count."

Prof. Sweetman said more foreign workers would be acceptable as long as Canadians land an equivalent number of jobs overseas, but that has not occurred with previous arrangements.

In spite of the government's reforms to the temporary foreign worker program, the issue is still controversial. The Seafarers' International Union of Canada announced last month it was challenging the program in Federal Court, alleging Ottawa is refusing to protect Canadian jobs on international ships operating between Canadian ports in Canadian waters.

The union produced worker contracts that it says show foreign workers on some ships operating in Canada are paid monthly amounts that work out to between $2 and $8 an hour. The union claims this has cost more than 2,000 Canadian jobs.

James Given, president of the seafarers union, said he hopes the TPP text does not repeat the provisions of Canada's recent trade deal with Europe, the comprehensive economic and trade agreement, which he said would allow European vessels to ship on domestic Canadian routes.

"CETA has the ability to destroy the Canadian shipping industry, it's that bad," he said. "We're looking forward to seeing the language in TPP, but we're not confident that it's not going to give away more Canadian jobs." 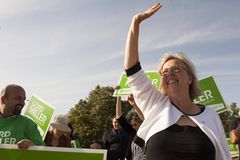 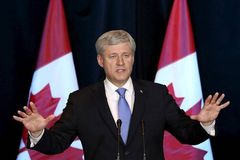 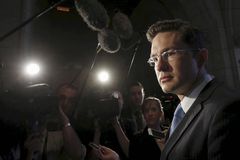