The federal ethics watchdog and Prime Minister Justin Trudeau disagree over how many cabinet ministers are currently using a conflict-of-interest loophole to avoid divesting personal investments or putting them in a blind trust.

Mary Dawson says a number of Liberal cabinet ministers hold controlled assets indirectly, but Mr. Trudeau contends that only beleaguered Finance Minister Bill Morneau does, and that he is now in the process of selling shares in Morneau Shepell and setting up a blind trust.

A senior government official, who wished to remain anonymous, told The Globe and Mail that the Ethics Commissioner's office is wrong, saying there are no ministers, aside from Mr. Morneau, who control assets indirectly through a corporation.

Opinion: Weak governance in Ottawa is behind Bill Morneau's mess

But Ms. Dawson's office would not back down when asked by The Globe to clarify if the Prime Minister was right.

Ms. Dawson's office will not reveal the names of other cabinet ministers taking advantage of the same loophole as Mr. Morneau, citing confidentiality.

The disagreement with Ms. Dawson's office risks undermining Mr. Trudeau's strategy of using the ethics watchdog as a shield in the controversy that engulfed the Finance Minister. The Liberals have repeatedly held up Ms. Dawson as a trusted arbiter in the conflict-of-interest allegations about Mr. Morneau's personal finances and government duties.

The rift comes as Mr. Morneau quietly paid a $200 fine for failure to disclose to the Ethics Commissioner that he held a directorship in a numbered corporation that owns a villa in France.

On Tuesday, Mr. Trudeau insisted in the House of Commons that Mr. Morneau is the only one of his 30 ministers who currently uses the loophole. Mr. Morneau is now taking steps to sell all shares in his family's human-resource and pension-management firm and promises to donate to charity $5.3-million of profit since he became Finance Minister.

The Prime Minister said Justice Minister Jody Wilson-Raybould had once held shares indirectly in a company she had co-owned with her husband, but she sold them in April, 2016.

"I am pleased to say that this information has been available for a long time on the Conflict of Interest and Ethics Commissioner's website, where indeed two ministers had controlled assets held indirectly," he said. "The Finance Minister has announced that he is moving forward, going above and beyond what was originally asked. In the case of the other minister, those assets were divested 18 months ago." (The sale of Ms. Wilson-Raybould's shares was not on the Ethics Commissioner's website but confirmed to The Globe by her office.)

NDP ethics critic Nathan Cullen accused Mr. Trudeau of misleading Parliament and for questioning the judgment of the Ethics Commissioner, especially since he continues to use her to defend Mr. Morneau's actions.

The Ethics Commissioner said she told Mr. Morneau that the Conflict of Interest Act did not prevent ministers from holding assets indirectly, although she has asked as far back as 2013 that Ottawa close that loophole.

"The Prime Minister has said so many things to essentially obfuscate or distract or deflect that frankly we take his answers in the House with very little seriousness," Mr. Kent said. "He is shifting the blame."

In the Commons on Wednesday, Mr. Trudeau again insisted that his ministers followed the advice of the ethics czar as the opposition parties berated Mr. Morneau for holding onto one million Morneau Shepell shares and then introducing pension-reform legislation in 2016 that would benefit the company.

"This government has always chosen to raise the bar on openness and accountability," Mr. Trudeau said to jeers from the opposition benches. "We have confidence in the Ethics Commissioner, who is there to ensure the rules are followed."

The ethics commissioner's office on Thursday said it is incorrect to say that the watchdog is in conflict with Mr. Trudeau.

"The [ethics commissioner's] office did not wish to give an exact number when asked how many cabinet ministers indirectly hold controlled assets," spokeswoman Jocelyne Brisebois said in a statement. "The office indicated fewer than five, giving a general sense of an upper limit to the number, meaning it could be one, two, three or four." 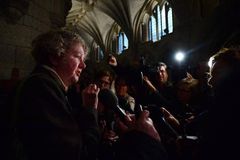 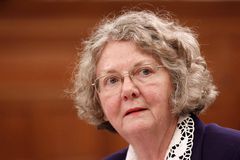