A judge who says the role of the Supreme Court is to create new law, not just apply existing principles, is Prime Minister Justin Trudeau's first nominee to the country's highest court.

"The Supreme Court judges ordinarily make law, rather than simply applying it," Justice Malcolm Rowe of the Newfoundland and Labrador Court of Appeal replied on his application form to a question on the role of judges in a democracy with a Charter of Rights.

It was an unambiguous, small-l liberal assertion in favour of judicial activism on a subject on which judges tend to muddy the waters at public nomination hearings, both in Canada and the United States. He also said law must change with the times.

Opinion: Selecting a Supreme Court justice is anything but objective

Born in 1953, four years after his province joined Confederation, to parents who grew up in tiny fishing villages, Justice Rowe will be the first Supreme Court judge from Newfoundland and Labrador, once the Prime Minister and cabinet confirm the appointment, a virtual certainty.

A white male, he won a contest that seemed to come down to what kind of diversity mattered most – regional, racial or gender. The search was circumscribed by Mr. Trudeau's requirement for Supreme Court judges to be functionally bilingual. Justice Rowe, who said he has worked in French before, took an immersion course in August, shortly before the deadline for applying

For the first time in the court's 141-year history, qualified individuals were invited to submit applications. Mr. Trudeau created a committee headed by former Progressive Conservative prime minister Kim Campbell to develop a short list for him. The lead-up to the nomination was unusually controversial, as Mr. Trudeau allowed applications from across Canada, raising the prospect that for the first time, Atlantic Canada would not have a judge on the court.

The nomination of Justice Rowe, an appeal court member since 2001, was applauded in the province. "This is a big day for us and we're so proud of Justice Rowe," provincial Justice Minister Andrew Parsons told The Globe and Mail. Mr. Parsons had taken the unusual step of writing a public letter to Mr. Trudeau urging him to pick someone from the province.

The new process allows Canadians to see the answers Justice Rowe gave on his application form. They show his wide-ranging background – a foreign service officer (1980-84); a lawyer in private practice involved in international boundary disputes over fishing waters (1984-96); head of the civil service of Newfoundland and Labrador under a provincial Liberal government (1996-99) and judge (a federal Liberal appointee in 1999 to the province's Supreme Court, and to the appeal court two years later).

His expansive view of the judges' role was a reference to a statement that former Conservative prime minister Stephen Harper made during the 2006 election campaign that judges should stick to applying the law, according to University of Ottawa law professor Sébastien Grammond. Another academic, Wayne MacKay of Halifax's Schulich School of Law, said, "He would have been disqualified right there by a Harper government."

Replacing Thomas Cromwell of Nova Scotia, who retired Sept. 1, he joins a court that has expanded indigenous rights and that, despite its majority of Harper appointees, frequently struck down major legal initiatives of the Conservatives.

"I think he's with the mainstream of the court, which is quite activist these days," Alexander MacDonald, managing partner at Cox & Palmer in St. John's, said in an interview.

Justice Rowe's answers in his application form also highlight rulings he is proud of.

Justice Rowe said his primary contribution to Canadian law has been in sentencing. He cited R v. Oxford (2010), which he said he wrote with input from two colleagues. That case set guidelines for when trial judges may depart from joint submissions on a sentence by the Crown and defence, and explained the "totality principle" (how long a jail term should be when several crimes are involved). He wrote that, in cases of multiple offences, the principle requires judges to determine a fit sentence for each offence before considering whether the sum of those sentences is so high that it needs to be reduced.

But Prof. MacKay said he was not "bowled over" by five summaries Justice Rowe included in his application as evidence of his analytical skill. "They're significant, but they're not ones I would look at say, 'Wow, that's a case that's had a Canadian impact.'"

The Prime Minister had a chance to emulate his father, Pierre Trudeau, who in 1970 named the late Bora Laskin as the first Jewish member of the Supreme Court (and later chief justice). By opening up applications across the country, Justin Trudeau was widely viewed as seeking the first indigenous or visible minority member of the court. If he had chosen a woman, the top court would have had its first female majority.

But looking beyond Atlantic Canada was a political risk because his party holds all 32 seats there. The region did not have great numbers of qualified bilingual, minority or female candidates.

A lawyers' group in Halifax filed a court challenge over regional diversity, and the Commons unanimously urged the government to respect geographical tradition. Separately, Senator Murray Sinclair said the bilingualism requirement made it more difficult for indigenous applicants. And the leading indigenous candidate, Mary Ellen Turpel-Lafond of British Columbia and Saskatchewan, who is bilingual, told The Globe she would not accept the job because she respected Atlantic Canada's wishes.

Justice Rowe said on his form that he regularly worked in a francophone environment from 1986-95, and that on Aug. 12, after his immersion course, two teachers submitted a report on his proficiency to the Office of the Commissioner for Federal Judicial Affairs.

The deputy commissioner, Marc Giroux, told The Globe he surpassed the level of competence required.

Justice Rowe must answer questions from Parliamentarians on Oct. 25 before Mr. Trudeau and his cabinet can confirm the appointment.

Justice Rowe declined to speak with The Globe on Monday. 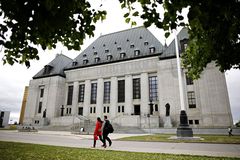 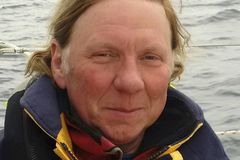