Prime Minister Justin Trudeau campaigned with a Liberal candidate in British Columbia on Saturday amid a tight byelection race in a booming Vancouver suburb.

Trudeau attended a campaign event at a high school in Surrey to support Gordie Hogg, a former member of the B.C. legislature and White Rock mayor.

"We made history in the last election by electing 17 British Columbia Liberal MPs for the federal Parliament," Trudeau told a crowd of supporters. "It was wonderful, but records are made to be broken and I think next Monday, we can break that record and make it 18."

The byelection in South Surrey-White Rock is one of four across the country to be held on Dec. 11. It appears to be a seat that both the Liberals and Conservatives are closely watching.

Conservative Dianne Watts squeaked out a win over Liberal Judy Higginbotham in 2015 by just over 1,400 votes. The riding became vacant after Watts resigned to run for leader of the B.C. Liberals, which is a coalition of right-wing and centre-left politicians.

Trudeau has already visited the riding once before to campaign with Hogg. Conservative Leader Andrew Scheer is also expected to campaign for a second time with candidate Kerry-Lynne Findlay, the former National Revenue Minister, next week.

The prime minister said Hogg has been serving the community for over 40 years and he will be an extraordinary asset, not just to Surrey and White Rock, but to the federal government.

Trudeau touted government initiatives including the Canada child benefit and lowering small business taxes. He also touched on the environment, a key issue in B.C. given the Liberal government's support of the controversial Trans Mountain pipeline expansion.

"There are folks out there who think that it's a choice to make, either the environment or the economy," he said. "The only way to protect the environment is to make sure we have the capacity to invest in it and protect it."

Hogg said in his speech that he attended Semiahmoo Secondary School, where the event was held, and played on the basketball team.

"I'm hoping to join another team in Ottawa ... a team that is going to make a difference for this community and for this country, a team that is already showing great insight, great change and great compassion."

Surrey is the fastest growing city in Metro Vancouver and it is home to a large South Asian population and many young families.

Findlay, the Conservative candidate, grew up on Vancouver Island and lives in White Rock. In 2011, she was elected as the MP for Delta Richmond East. She served in then-prime minister Stephen Harper's cabinet as Parliamentary Secretary to Justice, Associate Minister of National Defence and Minister of National Revenue.

She lost her seat in 2015 to Liberal Carla Qualtrough.

The New Democrat candidate is Jonathan Silveira, a real estate agent and founder of Surrey Kids Matter. The NDP came in a distant third in the riding in the last election.

Jody Wilson-Raybould, the justice minister and Vancouver Granville MP, attended the campaign event on Saturday and said she looks forward to Hogg taking his seat in Parliament.

"That is my hope for the result of this byelection," she said. "We're going to do everything we can to support him and his team to hopefully win a victory on Dec. 11."

Opinion
Dianne Watts is losing her advantage in the BC Liberal leadership race
November 23, 2017 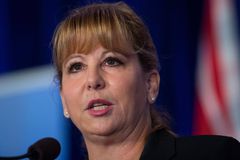 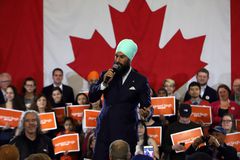 Four federal by-elections across Canada to be held in December
November 5, 2017 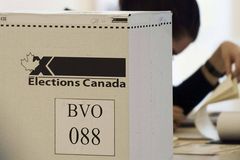