Prime-minister-designate Justin Trudeau will elevate women such as Chrystia Freeland and Catherine McKenna to his cabinet, leaving high-profile MPs such as former Toronto city councillor Adam Vaughan and retired lieutenant-general Andrew Leslie on the sidelines as he tries to put a fresh face on his new government, sources said.

The Liberal government is expected to feature such veterans as Stéphane Dion and Marc Garneau, but Mr. Trudeau will also offer important positions to rookies Mélanie Joly of Montréal and Jean-Yves Duclos of Quebec City as part of the effort to reflect generational change, sources said.

Mr. Trudeau will unveil his cabinet at Rideau Hall on Wednesday morning, officially launching his government and starting to deliver on the ambitious agenda that got the Liberal Party elected to a majority on Oct. 19.

His economic team will be front and centre as the Liberals start delivering on their promise to improve the lot of Canada's middle class, with Toronto businessman Bill Morneau set to play a prominent role in the new government, sources said.

The Liberal cabinet will hold its first meeting after the swearing-in ceremony, with ministers holding media availabilities in the foyer of the House of Commons to showcase a new era of openness.

Liberal sources said Mr. Trudeau wants his cabinet to reflect Canada's ethnic diversity, all the while featuring gender parity and including representatives from all provinces and a member from the North.

Given that he wanted to present a smaller cabinet than his Conservative predecessor, Mr. Trudeau had to make tough calls, including leaving out star candidates such as Mr. Leslie, Mr. Vaughan and some veteran MPs, sources said.

The Liberal transition team short-listed a number of rookie MPs as it put together the cabinet roster last week, sources said. Although it is not yet known if they all made the cut, the Liberal transition team looked at appointing former Edmonton city councillor Amarjeet Sohi, Peterborough community organizer Maryam Monsef and former Manitoba minister MaryAnn Mihychuk.

In addition, newcomers such as Vancouver's Jody Wilson-Raybould, a former Assembly of First Nations regional chief and lawyer, are widely expected to enter the House of Commons as ministers. The tough job of welcoming 25,000 Syrian refugees this year is also expected to land to a rookie minister, sources said, with lawyer and Uganda refugee Arif Virani in the running.

Still, some experienced ministers are expected to be back. Scott Brison, a former public works minister and veteran Liberal MP from Nova Scotia, will return to cabinet, sources said. Saskatchewan MP Ralph Goodale, a former finance minister, will also get a portfolio as his province's sole representative in the Liberal caucus.

Mr. Trudeau will appoint some of the people who played important roles in the Liberal organization during the last election, such as New Brunswick's Dominic LeBlanc. Navdeep Bains, who co-chaired the Ontario campaign, could also play a role in the government.

However, sources said one of the top players in the Quebec campaign, Pablo Rodriguez, will remain on the backbenches. On the other hand, Liberal sources said Diane Lebouthillier from the Gaspésie region is expected to get a nod.

Mr. Trudeau's cabinet will be sworn in 22 years to the day after another Liberal prime minister, Jean Chrétien, was sworn in at Rideau Hall. The new prime minister has borrowed a move from a former Ontario Liberal premier, David Peterson, by inviting the public to celebrate – as Mr. Peterson did in 1985, to symbolize change after 42 years of Conservative government in the province.

In a statement one day before becoming Canada's 23rd prime minister, Mr. Trudeau promised to offer a different government both in terms of its actions and tone.

"Our platform promised a new, ambitious plan for a strong and growing middle class, and you rightly expect us to fulfill that promise," Mr. Trudeau said. "I am committed to leading an open, honest government that is accountable to Canadians, lives up to the highest ethical standards, brings our country together and applies the utmost care and prudence in the handling of public funds."

With reports from Steven Chase, Campbell Clark and Jane Taber 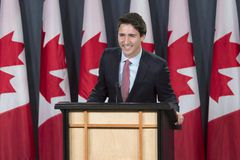 new
Quebec to be well represented in Trudeau cabinet
November 2, 2015 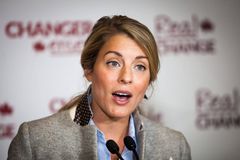 Trudeau’s cabinet to be smaller and more diverse
November 1, 2015 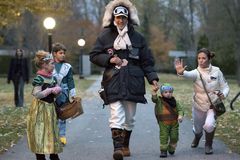 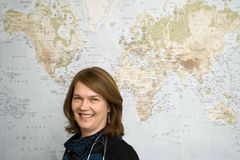