After winning the trust of Canadians, Liberal Leader Justin Trudeau will now quickly step on the international stage and have the opportunity to set a clearly different tone from his Conservative predecessor.

Mr. Trudeau's first international phone call will go to U.S. President Barack Obama, aiming to repair frayed relationships with Canada's biggest trading partner. Their first face-to-face meeting won't take long to happen, as Mr. Trudeau will be expected to attend the G20 summit in Turkey in less than a month, on Nov. 15 and 16. He will then be expected to go to the Asia-Pacific Economic Co-operation (APEC) summit in the Philippines on Nov. 18 and 19.

In late November and early December, there will be a Commonwealth summit in Malta, followed by the United Nations Climate Change Conference in Paris.

The Liberals said Mr. Trudeau's overall goal will be to have a "more pro-active diplomacy," with a greater emphasis on smooth relations with Canada's allies, compared with Conservative Leader Stephen Harper, with his penchant for tough talk on the world stage.

"We will re-engage in multilateral institutions and show that Canada can be a constructive voice again on the world stage," said Robert Asselin, one of Mr. Trudeau's senior advisers.

Mr. Trudeau will need to be quickly sworn in as prime minister in order to attend the international summits. This will entail forming a cabinet, which will be made up of an equal number of male and female ministers to respect a campaign promise.

The Liberal Leader has promised to bring Canada's premiers to the Paris conference, which will give him the opportunity to start a new era in federal-provincial relations. In addition to discussing plans to reduce Canada's greenhouse gas emissions, Mr. Trudeau will have to engage the premiers on a series of issues, including negotiating the next round of federal health transfers to the provinces.

The Liberals will be expected to recall Parliament either later in the year, or early in 2016, to start enacting their platform. The first piece of legislation will implement the "middle-class tax cut," which will lower the tax rate on income earned between $45,000 and $90,000, and create a new tax bracket for income over $200,000.

The Liberals severely criticized the previous Conservative government for tabling its budget this year in April, suggesting the Liberals can be expected to return to the traditional time frame of February or March to present their first fiscal framework. The budget will create the Canada Child Benefit to replace programs introduced by the Conservatives, offering greater benefits, tax-free, to 90 per cent of families.

The large boost in infrastructure spending promised by Mr. Trudeau will need to be carefully managed in the coming months to ensure that the money flows out quickly to provide a boost to the economy, but also to ensure it goes to worthy, well-planned projects. The Liberals announced during the campaign they would run three straight deficits to fund the ambitious program.

A major issue for the Liberals will be to avoid funding boondoggles, and as the resignation of campaign co-chair Dan Gagnier showed last week, there will be little tolerance for ethical lapses in the Trudeau government.

To meet their goals, the Liberals will have to move quickly, leaving them little time to enjoy the fruits of their victory after the 78-day election campaign.

The party was in shambles when Mr. Trudeau took over in 2013, forcing him to revamp its fundraising and organization. His core team of advisers comprised Gerald Butts, his long-time friend and experienced political strategist, and Katie Telford, who modernized the party's organization.

Mr. Trudeau's biggest success has been to run consistently on two core issues: helping the middle class and offering positive politics. The call was made at the start of his leadership bid, and the party stuck with those themes as it developed its platform and election campaign strategy. 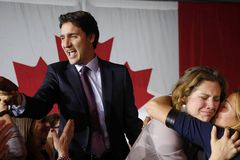 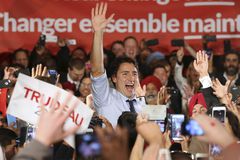 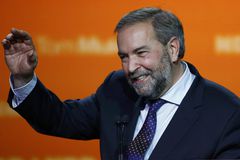