The Prime Minister and his wife joined the Obamas at a White House state dinner after Washington's elite gave an effusive welcome to the Canadian delegation on Thursday. Catch up on what you've missed so far

Prime Minister Justin Trudeau and U.S. President Barack Obama toast each other during the dinner.

What the issues are

What did they wear?

What did they bring?

Prime Minister Justin Trudeau and Sophie Grégoire-Trudeau were welcomed into the White House on Thursday for an elegant state dinner in their honour with President Barack Obama and first lady Michelle Obama.

In his speech, Mr. Trudeau thanked Mr. Obama for his leadership on climate change and urged Americans to embrace their differences.

"We believe, Canadians and Americans, in the fundamental truth that diversity can be a source of strength. That we are thriving and prosperous countries not in spite of our differences but because of them," Mr. Trudeau said.

Read Laura Stone's full story, and view some photos from the star-studded evening.

Highlights from the Trudeau's first state dinner in under two minutes

THE WELCOME TO WASHINGTON

"It's about time, eh?" Mr. Obama said Thursday morning as he welcomed Mr. Trudeau to the White House for his first official visit to Washington.

At a news conference later in the day, Mr. Obama spoke of the "common outlook about what we can achieve together" as the leaders touted new joint agreements on a range of policy issues, including a Canada-U.S. agreement on joint steps to combat climate change and efforts toward new border agreement. Mr. Obama also said he'd be addressing Parliament in June when he visits Canada for the North American Leaders' Summit.

WHAT YOU'VE MISSED SO FAR

March 9: The Canadian delegation got a warm reception in Washington upon their arrival Wednesday (literally so; the capital's weather was unseasonably hot).

In the evening, the visit kicked off with a cocktail party at the Smithsonian Institution's Renwick Gallery. Grammy award-winning Canadian musician the Weeknd was in attendance.

The event was organized by Canada 2020, an Ottawa-based think tank run by Mr. Trudeau's close friend Tom Pitfield. The Liberals fished for donations with a lottery for tickets to the events. (Here's Campbell Clark's take on Washington's Justin Trudeau sweepstakes and how the Liberals have been promoting it.)

Also on Wednesday, media were given a preview of the next day's state dinner:

Trudeau welcomed to White House with pomp and ceremony

The Trudeaus arrived at the White House Thursday morning for a welcome ceremony including a military band, a 19-gun salute, a fife-and-drum contingent in Revolutionary War garb and an honour guard. Mr. Obama gave a jovial introduction to his Canadian counterpart; amid unseasonable warmth, he recalled that his first foreign trip as president was, unfairly, to Ottawa in February. He also made some pointed remarks about the current whereabouts of the Stanley Cup. ( Here's a full transcript of what he said, and how Mr. Trudeau responded.)

In the afternoon, Mr. Trudeau joined U.S. Secretary of State John Kerry for a state department luncheon. Mr. Kerry doubled down on effusive praise for the Canadian Prime Minister.

The event also answered Mr. Obama's question about the whereabouts of the Stanley Cup:

The Stanley Cup is at the State Department. #PMJTinDC pic.twitter.com/KTu66rca6i

In addition to the Prime Minister and his family, several cabinet ministers are on this trip:

Mr. Trudeau's mother, Margaret Trudeau, and Ms. Grégoire-Trudeau's parents will be at the state dinner too.

There are five staffers from the Prime Minister's Office joining Mr. Trudeau on this trip: chief of staff Katie Telford, principal secretary Gerald Butts, foreign policy adviser John Hannaford, deputy chief of staff Jeremy Broadhurst and director of communications Kate Purchase. (If you need a refresher on how Mr. Trudeau's inner circle works, here's Adam Radwanski's primer on who's who in the PMO.)

Climate change: Mr. Trudeau and Mr. Obama were key participants in last fall's Paris conference on climate change, where Canada made ambitious promises on reducing greenhouse-gas emissions that the Liberals are now trying to follow through on in an agreement with the provinces. On Thursday, the White House announced joint measures to cut methane emissions and sign the Paris deal "as soon as possible," and at the leaders' joint news coference Mr. Obama spoke of the need to protect the Arctic from climate change.

Border deal: The two countries said Thursday that they plan to clear up confusion over mistaken identities on no-fly lists and move ahead with long-promised measures to keep closer track of when citizens cross the border. They will also proceed with customs pre-clearance initiatives aimed at making border processing easier for low-risk travellers. The pre-clearance arrangements, outlined in broad terms last year, would increase the American customs presence on Canadian soil and are expected to see Canada establish similar operations in the United States. In an interview about the new border agreement before the trip, Public Safety Minister Ralph Goodale said it would address concerns about confidentiality raised by the Privacy Commissioner over information-sharing with U.S. security agencies.

Softwood lumber: "This issue will get resolved in some fashion," Mr. Obama said Thursday with Mr. Trudeau beside him. International Trade Minister Chrystia Freeland told The Globe before the Washington visit that the White House talks would make progress toward a new deal on the contentious trade issue. Canada's 2006 softwood-lumber agreement expired last October; without a new one, Canadian lumber producers could face new tariffs.

State dinners, Washington's highest diplomatic honours, can be lavish affairs that take months to plan (the date for this one was announced officially in December), and the Obamas haven't held many – only nine in Mr. Obama's two terms in office. Thursday's is the first such event since Jean Chrétien was invited by Bill Clinton in 1997. More than just a party, a state dinner is also an occasion to get serious political business done, Ottawa bureau chief Robert Fife explains. (Here's Paul Koring's primer on how past U.S. presidents have used state dinners to strengthen or affirm national relationships.)

Former White House chef John Moeller told Globe national food reporter Ann Hui about the complex planning that can go into the lavish and politically sensitive meals, which can take four months to plan. Earlier on Thursday, at the State Department lunch, Mr. Trudeau was served by Canadian-born chef Spike Mendelsohn. He told The Globe he was planning on a first course of maple-cured salmon candy, with boneless short ribs as a main course.

Foreign visitors' fashion decisions can be closely scrutinized at state dinners, and Ms. Grégoire-Trudeau has used past public appearances to highlight lesser-known Canadian designers. This trip was no exception.

Globe Style asked several designers how they would have dressed Ms. Grégoire-Trudeau in Washington; this is what they came up with. 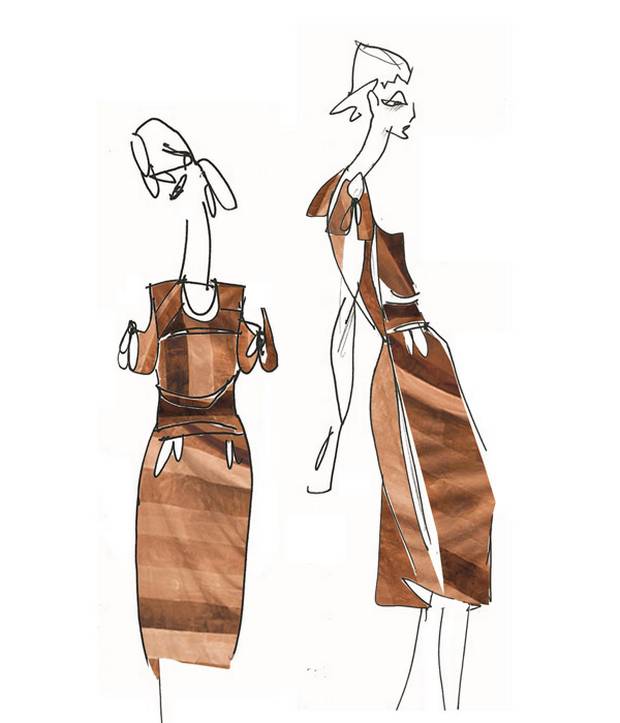 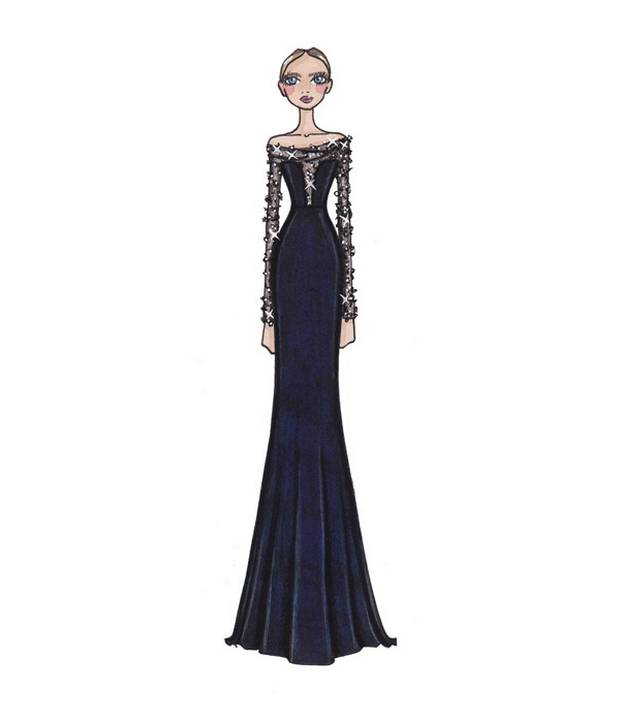 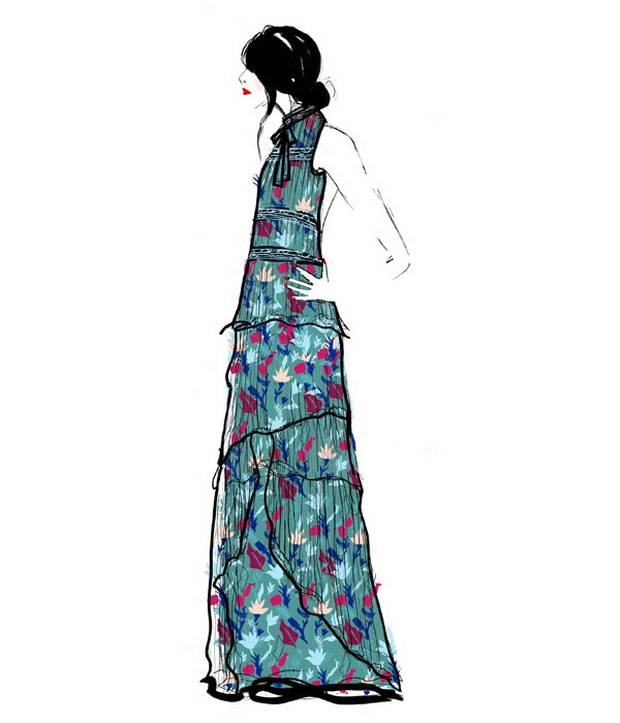 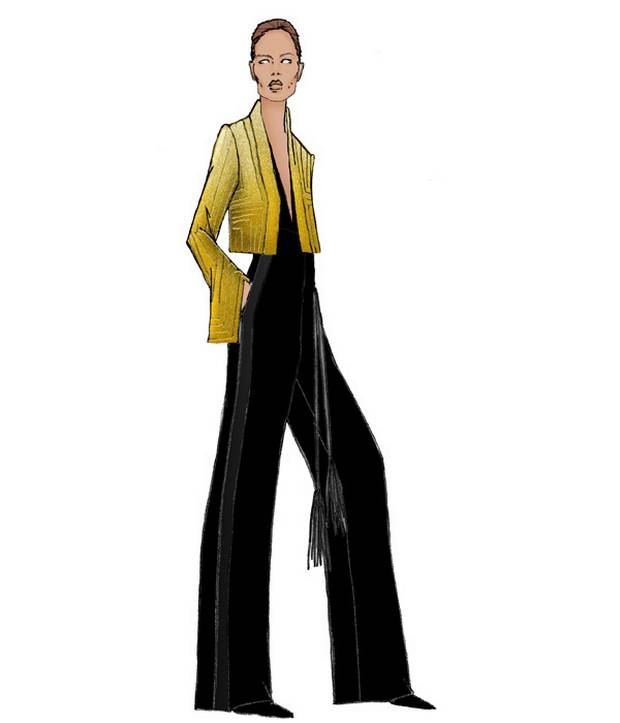 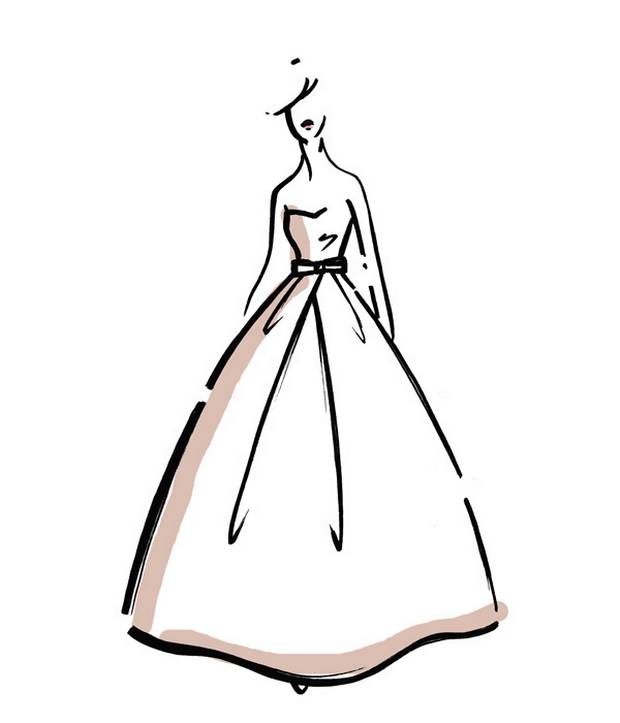 WHAT DID THEY BRING?

The Trudeaus' gifts to the Obamas included: