In Calgary, a city councillor and the LGBT community are exploring how best to memorialize Everett Klippert, the last man imprisoned in Canada for the crime of being gay. In Berlin, the cabinet has just approved a pardon for every German similarly convicted, with compensation for anyone still living. New Zealand and Britain have already enacted pardons and apologized.

Meanwhile, Wednesday's federal budget promises $3.6-million over three years to study issues relating to sexual minorities in Canada. The money and the study are welcome, but pardoning the unjustly convicted does not require further deliberation. All Ottawa needs to do is look up the German, British or New Zealand precedents, then copy, paste and enact. Yet Prime Minister Justin Trudeau continues to delay.

It has been more than a year since The Globe and Mail first told the story of Mr. Klippert, who was sentenced to life in prison for repeatedly having consensual sex with other men. That conviction, in 1967, prompted then-justice minister Pierre Trudeau to set in motion the law that, in 1969, decriminalized homosexual acts in Canada. Mr. Klippert was released from prison in 1971 and died in 1996. After The Globe told his story, the Prime Minister said he was prepared to consider pardoning all the men who were criminally convicted because they were gay. Most of those pardons would be posthumous.

Read more: Trudeau to urge pardon for man deemed a dangerous sex offender for being gay in 1960s

Analysis: How Ottawa punished thousands of public servants for being gay

The Globe subsequently published stories about people who were hounded out of the military and public service because of their sexuality, prompting the government to appoint Edmonton MP Randy Boissonnault as a special adviser to the PM on sexual-minority issues. Some of those issues – such as whether to provide pensions for those who lost their jobs because they were gay – are complex and warrant careful study.

But pardoning the unjustly convicted requires no study at all.

Between 1949 and 1969, when homosexual acts were decriminalized, more than 50,000 men were convicted of same-sex activity in West Germany. On Wednesday, Chancellor Angela Merkel's cabinet approved legislation that will pardon them all. The 5,000 or so who are believed to still be alive will be entitled to €3,000 ($4,337 Canadian) for each conviction, plus €1,500 for each year they spent in jail. The government is also contributing €500,000 a year to a foundation that will research and chronicle the persecution of gay men in Germany.

And yet more than a year after promising action, the Trudeau government continues to consult.

Meanwhile, Calgary's gay community and Councillor Evan Woolley are considering a memorial for Mr. Klippert and the contributions of Calgary's LGBT community to the life of the city. (Mr. Klippert was raised in Calgary and worked there as a bus driver before he was first convicted in 1960.) Should that memorial be a work of art? Should there be a community centre for sexual minorities?

"A monument can mean many different things, and there have been many different ideas," Mr. Woolley said Thursday in an interview. But whatever the community comes up with, he's confident of support from Mayor Naheed Nenshi and council.

Everett Klippert never sought publicity. He just wanted to be allowed to live his life in private. The best memorial to the persecution he endured would be to make things right with those who suffered the same fate and are still with us.

If the federal government spends more years consulting, even after other governments have acted, there will be even fewer men alive to hear the words "We're sorry." 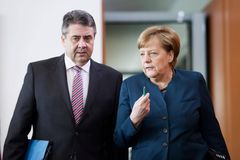 Analysis
Advocates frustrated by federal inaction on apology to gay Canadians
March 12, 2017
Ottawa moves on plans for apology to those wronged over sexuality
November 14, 2016
Follow John Ibbitson on Twitter @JohnIbbitson
Report an error Editorial code of conduct
Due to technical reasons, we have temporarily removed commenting from our articles. We hope to have this fixed soon. Thank you for your patience. If you are looking to give feedback on our new site, please send it along to feedback@globeandmail.com. If you want to write a letter to the editor, please forward to letters@globeandmail.com.
Comments