Justin Trudeau says a Liberal government would start re-engaging Canada with the world by signing a landmark global treaty to regulate the arms trade.

The Conservative government's refusal to sign the United Nations Arms Trade Treaty is an example of how Stephen Harper's penchant for going it alone in the world has reduced Canada's global voice, he said.

"Mr. Harper hasn't seemed to notice that the fact that he shouts loudly on the world stage doesn't offset the fact that nobody's listening much to Canada any more," Trudeau told an early morning rally in support of his candidates in the London, Ont., region.

The treaty, which came into force on Dec. 24, 2014, seeks to regulate the international trade in conventional weaponry, from small arms to battle tanks, combat aircraft and warships.

The federal government has refused to sign, citing concerns over how it would affect gun owners. The treaty has been signed by many Canadian allies including the U.S.

Trudeau said the government's approach impacts Canada's influence in places as distant from each other as the Middle East and the Arctic.

"Canada needs to be once again a constructive actor on the world stage focusing on our national interests, which include security and stability in places like the Middle East."

Canada could best help check actions such as Russian President Vladimir Putin's decision to bomb targets in Syria by joining in with its allies, he said.

"That's why Canada needs to once again re-engage as a robust and helpful member of the international community. That's where we have to turn it around by re-engaging as a strong partner in international efforts to hold bullies like Vladimir Putin to account."

He said the fact Canada lost a vote for a non-permanent seat on the influential UN Security Council is an example of how the country's international sway has declined.

But the main topic on the campaign trail Wednesday was Harper's proposed ban on the wearing of niqabs by anyone dealing with – or working for – the federal government, which drew condemnation from opponents, premiers and Muslim groups.

On Wednesday, Harper praised the Quebec Liberal government's measured approach and pledged that when it came time for federal legislation, he would follow their lead.

"I believe the Quebec government has been handling this controversial issue in a responsible manner and we will do exactly the same thing in Ottawa," Harper said during a campaign stop in Saskatoon where he touted the Conservative plan to expand parental leave benefits under employment insurance.

As if to hammer home the point, the Conservatives released online attack ads in French Wednesday, going after Trudeau's position on the niqab.

Trudeau said Wednesday Harper's divide-and-conquer approach "is unworthy of the office he holds and he needs to stop because no election win (is) worth pitting Canadians against Canadians."

After addressing the London rally, the Liberal leader flew to Frederiction to address students at the leafy campus of St. Thomas University on voter engagement.

He was to speak at another rally in Fredericton on Wednesday night. Although the riding is currently held by the Tories, polls suggest the Liberals are poised to make a much-needed breakthrough in the region.

Trudeau's comments came as Montreal newspaper La Presse endorsed him in an editorial.

"This choice is motivated a lot by Justin Trudeau's leadership style," the newspaper said. "Contrary to Mr. Harper and, to a certain degree, Mr. Mulcair, Mr. Trudeau believes in a constructive notion of politics.

"Instead of exploiting division and prejudice, he believes in dialogue and looks for consensus and compromise. He avoids personal attacks. He likes people and people like him in return. There is some Laurier in him."

The newspaper said Trudeau has shown he is ready.

"After 10 years of a destructive government that lives on meanness and narrow-mindedness, Canada needs a government based on intelligence, dialogue and optimism. That is why La Presse is hoping that Justin Trudeau's Liberal party is elected." 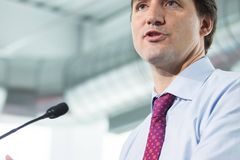 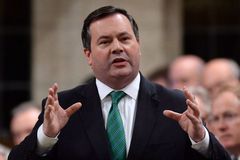 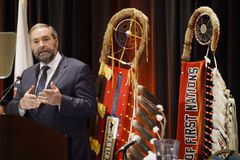