In his first reaction to an alleged plot that led to the death of Aaron Driver in Strathroy, Ont., Trudeau said Tuesday that balancing individual rights with keeping Canadians secure from bombing threats has to be handled with care.

"Canada is a country that values its freedom (and) its basic charter rights," he said during a stop in Bridgetown, N.S., for an infrastructure funding announcement.

"All Canadians expect their government to do two things: to keep Canadians safe and to defend and uphold the values and rights that all Canadians hold dear."

"Getting that balance right isn't always easy in the challenging situation we now live in but it's extremely important."

RELATED: Who was Aaron Driver?

Last week, the RCMP fielded media questions about why it was the FBI and not the Mounties who discovered a video that led them to Driver, who police said had threatened to detonate an explosive in an urban centre.

Driver died Wednesday night after a confrontation with police that saw a bomb detonated in a taxi cab. Police have said he made a martyrdom video that described his plan.

Trudeau said to applause from about 300 people gathered along the tranquil Annapolis River that he congratulates the security services and police for "having managed to prevent any serious incidents related to this particular individual."

"It is something we continue to work very, very hard on to keep Canadians safe in their homes and communities right across this country."

Erin O'Toole, the public safety critic for the Conservative Party, said the Liberal government is starting to realize in light of cases like Driver's that his party's Bill C-51, which gave police added powers in cases of suspected terrorism, already strikes a good balance.

He cited the legislation's provisions allowing greater information-sharing among security agencies and greater powers to disrupt possible terrorism through measures such as blocking financial transactions and shutting down websites.

The measures were developed by the Conservatives following two jihadi-inspired attacks on soldiers in 2014.

O'Toole calls Trudeau's comments "a distraction" from the fact that he is gradually coming around to key elements of the bill, which the Liberals have claimed has "problematic elements" that need to be repealed.

"It seems to be the prime minister's way of avoiding the fact he's breaking the commitment he made in the election to change C-51," he said.

During the news conference, the prime minister said the wider response against domestic terrorism will be rolled out by Public Safety Minister Ralph Goodale as the Liberals continue plans to reform Bill C-51.

During the last federal election, the Liberals pledged to guarantee that all Canadian Security Intelligence Service warrants respect the charter, that the right to lawful protests and advocacy aren't violated, and they pledged to "narrow overly broad definitions (in Bill C-51), such as defining 'terrorist propaganda' more clearly."

They also said a Liberal government would limit the Communications Security Establishment's powers by requiring a warrant to engage in the surveillance of Canadians and emphasize community outreach to battle radicalization of youths.

Asked during the news conference if the reforms are being revisited in light of cases like Driver's, Trudeau said the Liberals still plan to create an all-party committee of parliamentarians to oversee national security agencies.

He said the committee will ensure the agencies "don't go too far and violate our fundamental rights and freedoms when they work hard to keep us safe."

"But at the same time, oversight will ensure that our intelligence and security agencies do everything necessary to keep Canadians safe," said Trudeau.

"This situation of last week and situations like it will be exactly the kind of thing I expect this committee of parliamentarians to weigh in on and advise how we can do an even better job of keeping Canadians safe, like we were able to do last week."

The NDP, which says it favours repealing C-51 due to risks to civil liberties, says Trudeau isn't fulfilling his election pledges.

"Trading between security and our freedoms is a false choice," said Matthew Dube, the NDP critic for public safety, in an emailed comment.

"The government must be able both: protect Canadians and ensure our civil liberties. The Liberals committed during the campaign to bring forward changes to C-51 and yet they have done nothing. The NDP has maintained that neither the Conservatives nor the Liberals have made the case to keep C-51 and therefore we will be introducing a bill to repeal the entire act." 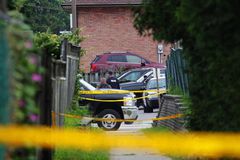 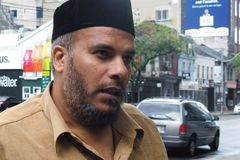