Prime Minister Justin Trudeau said his new tax plan is aimed at those earning more than $150,000 and promised to ensure the controversial changes do not hurt middle-class business owners.

But tax experts quickly challenged those assurances, noting that some of the proposed measures will clearly have a broader impact on small-business owners who are far from rich.

The government's tax-reform plan dominated this week's Liberal caucus retreat in Kelowna, B.C., where MPs gathered after getting an earful this summer from small-business owners and incorporated professionals such as lawyers and doctors, who say the proposed changes would restrict their ability to save for retirement and maternity leaves, and do not reflect the Liberals' support for women's equality in the workplace.

Mr. Trudeau on Thursday sought to calm the nerves of small-business owners, suggesting in a radio interview that his government's proposals are aimed those making more than $150,000 who have expended other tax-saving options.

"The economy is doing well, people are doing well, and it's partially because we're removing some of the benefits for the wealthiest," Mr. Trudeau told radio station AM1150.

"If you're making $150,000 a year or less you can max out your [registered retirement savings plan], you can use a tax-free savings account. The private-corporation route only really benefits people making more than hundreds [of] thousands of dollars."

Mr. Trudeau's comments appear to address just one of the three changes the government proposed on July 18, restricting the use of a small business as a vehicle for making passive investments in areas unrelated to the business.

Mr. Trudeau was asked at a closing news conference on Thursday if he could guarantee the changes wouldn't impact those making less than $150,000. He did not answer directly, but said he is listening to those around him to ensure the proposals affect high-income earners only.

"As we incorporate the feedback we've gotten from concerned business groups, from citizens, from our own MPs, we will be moving forward in a way that does do what we say, which is make sure that [the] wealthiest Canadians don't have so many advantages or specific benefits … that aren't available to the middle class," he said.

Business groups have said passive investment should be kept as a retirement-savings vehicle and as a financial cushion during lean times. Mr. Trudeau argues that existing programs for tax-sheltered retirement savings have plenty of room.

For instance, Canadians with incomes of at least $144,500 could have contributed up to $26,010 last year into a registered retirement savings plan. Contribution limits are based on 18 per cent of earned income up to a set maximum. Canadians are also allowed to contribute up to $5,500 a year to a tax-free savings account.

Unlike the government's other two tax proposals, the passive-investment changes were presented in a consultation paper rather than draft legislation. The changes in draft legislation, which are considered to be more advanced in the approval process, would limit business owners' ability to reduce their family's tax bill by "sprinkling" income to family members who do not work for the business. The other change limits a business owner's ability to convert income into capital gains.

The government's 75-day consultation period on the changes closes on Oct. 2.

When the full package of reforms is taken into account, tax experts say, Mr. Trudeau's assurances do not hold up.

"It is clearly incorrect for Mr. Trudeau to say that this change doesn't impact anyone with less than $150,000 of income," said Doug Nelson, a Winnipeg-based certified financial planner.

For instance, in a family-owned business where one spouse earned taxable income and the other did not, there is a clear benefit to splitting – or sprinkling – that income so it is taxed at a lower rate.

Michael Colborne, a tax lawyer with Thorsteinssons in Toronto, also questioned Mr. Trudeau's suggestion that only very high income earners would be affected.

He said the government should stop referring to long-standing tax practices as loopholes and commit to a more in-depth review before proceeding.

"This is fundamental tax reform that requires deeper reflection than is displayed by the legislation and consultation paper, or the comment period allowed," he said.

Mr. Trudeau told his caucus this week he will not back down, but is open to suggestions for "better ways to fix that problem" of tax fairness.

Toronto MP John McKay said he believes the Prime Minister and Finance Minister Bill Morneau are listening to their caucus members. But when he returns to his riding, he added, "I don't anticipate that this concern will diminish." 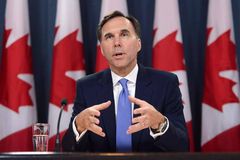 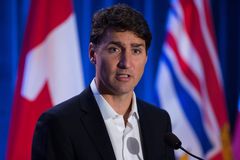 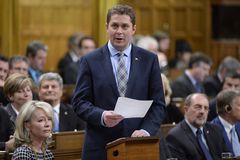