Liberal MP Kent Hehr is facing a second complaint, this time involving sexual misconduct, but remains a member of Justin Trudeau's caucus as an investigation into his alleged behaviour continues.

Liberal whip Pablo Rodriguez told reporters at the party's caucus meeting in Ottawa on Sunday that a second complaint against Mr. Hehr has been sent to law firm Rubin Thomlinson, which is investigating the former cabinet minister's conduct.

"That complaint was sent right away to the person in charge of the inquiry," Mr. Rodriguez said.

The Globe and Mail agreed to withhold the name of the second woman as she pursues her formal complaint.

The new complaint comes from a staffer of a fellow Liberal MP, who alleges Mr. Hehr grabbed her from behind, and left his hand there. The incident was obvious enough to alarm a fellow staffer who said he saw it.

Mr. Hehr remains in the Liberal caucus as the investigation proceeds. Mr. Trudeau has said investigations are part of a process to deal with allegations, but it is unclear when that policy came into effect. It is also unclear why some MPs accused of harassment or misconduct left caucus without an investigation at all, or before any determination was reached.

Mr. Hehr's office on Sunday declined to comment on the latest allegation, pointing instead to his statement last week that said he believes harassment is never acceptable and everyone deserves to have their voice heard.

The Calgary MP resigned from his post as minister of sport and persons with disabilities last week after allegations of sexual harassment during his time in the Alberta legislature emerged on social media.

When asked why Mr. Hehr is still in caucus, Mr. Rodriguez – whose job is to ensure party discipline – said, "We have to wait for the inquiry."

Heritage Minister Mélanie Joly said the government takes the new allegations seriously but needs to make sure there is procedural fairness.

"I'm glad that people now are feeling empowered enough to bring up these allegations because they're important. But at the same time, we need to make sure that we study them well and ultimately that there are consequences that are based on a process that is fair," she told The Globe.

A spokeswoman for the Prime Minister's Office said Mr. Hehr's case was referred to the law firm because the allegations first emerged about his time in the Alberta legislature, not as a federal MP. The House of Commons has a policy for complaints made about MPs, either formally or informally, which is handled by the party whip's office or the chief human resources officer.

At a caucus meeting before Parliament resumes on Monday from winter break, Mr. Trudeau told his MPs that women who speak up about sexual harassment must be believed. He did not directly address the allegations against Mr. Hehr, nor further explain his decision to keep him in caucus.

Mr. Trudeau has previously overseen a number of departures from his caucus and his cabinet in controversial circumstances. In 2016, Nunavut MP Hunter Tootoo resigned as fisheries minister, citing the need to seek treatment for an alcohol problem. It was only after The Globe revealed he had had an affair with a female aide that he admitted he had a "consensual but inappropriate" relationship.

As Liberal Leader before becoming Prime Minister, Mr. Trudeau suspended MPs Scott Andrews and Massimo Pacetti from the Liberal caucus in 2014 after harassment complaints made by two female NDP MPs.

Kristin Raworth, an Alberta public servant, raised allegations last week on Twitter about Mr. Hehr, saying he made verbally suggestive comments to many women and she avoided being in an elevator with him because he made her "feel unsafe." Since coming forward, she said she's received threats.

"I'm getting threats. Called names. Attacked by people who don't even know me. I'm afraid to leave my house. This is why people don't speak up," Ms. Raworth said in a Tweet on Saturday.

A spokeswoman for the PMO said the matter has been referred to police. "It is crucial that every person who comes forward has a safe space to tell their story. We have advised the appropriate security agencies on these matters," spokeswoman Chantal Gagnon said in an e-mail. Ms. Raworth did not respond to a request for comment.

"Sexual harassment is a systemic problem. It is unacceptable. When women speak up, it is our duty to listen to them and to believe them."

The new complaint against Mr. Hehr comes from a woman who works for a different Liberal MP, who met Mr. Hehr at a staff Christmas party in 2016. She told The Globe that Mr. Hehr grabbed her behind while the two of them took a photo together with another staffer.

"He was in-between us, that's when he grabbed me, from my behind, and pulled [me] closer to him," she said. She recalled him saying: "Oh, we're going to get in really close, really nice and tight, here." His hand lingered there after the photo was taken, she said.

She said she immediately registered it as inappropriate, but that she was "shocked" and didn't bring it up. It was her friend, who is male, who brought it up. "Did he just grope you?" she recalled him asking.

Her friend, who also requested anonymity, confirmed the sequence of events to The Globe, calling Mr. Hehr's actions "weird and unprofessional." She shared a copy of a photo with The Globe. It showed the two staffers and Mr. Hehr – then the minister of veterans affairs – together, but only from the chest up.

While the incident occurred in 2016, the staffer says she never mentioned the affair to anyone else in the party.

"I didn't want it to have any negative repercussions for myself, or any negative outcomes for any future constituency casework," she said. The staffer told The Globe that she heard from her boss this morning that Mr. Rodriguez was aware of her complaint and it had been passed along to investigators.

The staffer only opted to raise the incident with her boss on Friday, after Ms. Raworth went public.

Last week, Mr. Trudeau said Mr. Hehr was resigning from cabinet pending the outcome of the investigation. His cabinet duties are being taken over by Science Minister Kirsty Duncan, who is being sworn in on Monday.

Claude-Eric Gagné, a senior member of Mr. Trudeau's office, is also being investigated by Rubin Thomlinson because of allegations of inappropriate behaviour. He has been on leave since late last year.

Justin Ling is a freelance writer 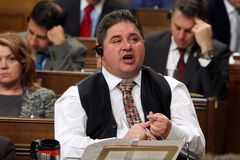 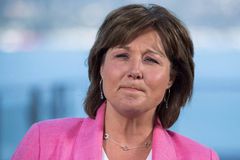