Prime Minister Justin Trudeau is appointing the head of his transition team and six other Canadians to the Senate in the first injection of fresh blood to the scandal-plagued institution in three years.

Mr. Trudeau announced on Friday that he is calling on Peter Harder, a retired senior bureaucrat and high-level corporate adviser, to be the Liberal government's leader in the Senate. In addition to Mr. Harder, the six new senators will be:

Mr. Harder will face the tough task of moving government legislation through a fractious Senate in which the Liberal Party has no control over any other members. Still stinging from a recent spending scandal, the institution is also set to release on Monday a final report on the expenses claims of 14 senators who challenged the Auditor-General's call for reimbursements.

Mr. Trudeau's six other appointees will be expected to act as independent-minded legislators, as the Prime Minister aims to eliminate partisanship in the upper chamber and improve its reputation.

The Senate is currently composed of 42 Conservative senators, 26 Liberal senators (who are not part of the Liberal caucus of MPs) and 13 non-aligned senators.

Mr. Harder oversaw the Liberal Party's transition to power last year, acting as a liaison with the bureaucracy and helping Mr. Trudeau to quickly distance his government from its Conservative predecessor.

He worked closely with Mr. Trudeau and his closest advisers – chief of staff Katie Telford and principal secretary Gerald Butts – as well as Canada's next ambassador to the United Nations, Marc-André Blanchard.

Mr. Harder retired from the public service in 2007 as a well-respected mandarin, having served as deputy minister at Foreign Affairs, Industry, Treasury Board and Immigration. He became a senior policy adviser at Dentons, an international law firm, and president of the Canada China Business Council.

Ms. Lankin is currently a member of the Security Intelligence Review Committee, which is the watchdog for Canada's spy service. She would be a choice candidate if the federal government decided to appoint at least one senator to a promised committee of parliamentarians to oversee the operations of Canada's national security agencies.

Mr. Sinclair's Truth and Reconciliation Commission released its final report in late 2015, after years of testimony from victims. It included 94 "calls to action" to improve the lives of Canada's indigenous people – all of which the Liberal government has promised to implement.

Mr. Pratte was the lead editorial writer at Montreal newspaper La Presse from 2001 to 2015, winning three National Newspaper Awards. He is currently an emeritus editorial writer and an adviser to upper management at the Montreal media outlet. In 2009, Mr. Pratte co-founded The Federal Idea, a federalist think tank that aims to rebut the arguments put forward by Quebec sovereigntists and improve the image of federalism in the province.

Mr. Trudeau's Conservative predecessor, Stephen Harper, stopped replacing retiring senators in the midst of a spending scandal in 2013, leaving a total of 24 vacancies in the Senate.

The RCMP have laid fraud charges against three current or retired senators, including former broadcaster Mike Duffy, who is awaiting his verdict on charges of fraud, breach of trust and bribery. Other RCMP investigations into senators are ongoing.

During last year's federal election, Mr. Trudeau promised to create a "non-partisan, merit-based process" to appoint new senators. To come up with a pool of qualified candidates from which to make final choices, Mr. Trudeau created an independent advisory board chaired by Huguette Labelle, a former federal deputy minister and former chancellor of the University of Ottawa.

There are two other permanent members – McGill University dean of law Daniel Jutras and former University of Alberta president Indira Samarasekera – and representatives from the provinces from which senators are named. 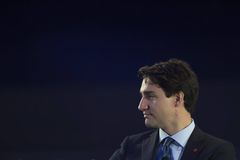 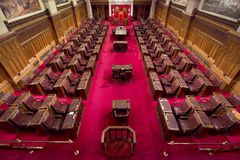 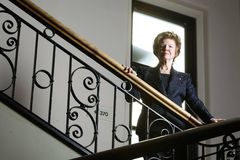