Prime Minister Justin Trudeau intends to play an activist role in promoting Canadian business and investment with a major trade mission to China and India and a keynote address to the World Economic Forum in Switzerland.

It's all part of a carefully laid-out economic strategy aimed at seeking new trade arrangements in a slumping global economy, with the long-range goal of achieving a pivotal free-trade deal with China.

Mr. Trudeau will first travel to Davos, Switzerland, to speak to the annual gathering of world leaders and wealthy executives on Jan. 21 at a special session entitled "A New Chapter for Canada."

"It is a big economic opportunity," said a senior government official, who was not authorized to speak on the record. "People who make the world's biggest economic decisions will be in that room, and we plan on taking advantage of that to describe our economic strategy, to talk up the country and opportunities for people to invest in it."

Mr. Trudeau plans to lead a high-level trade mission to China and India, likely in March after he holds bilateral meetings with U.S. President Barack Obama in Washington.

The Prime Minister and his top officials have already begun discussions with senior business leaders, including Dominic Barton, managing director of McKinsey & Co., and Montreal's Desmarais family, which has extensive investments in China through Power Corp.

Peter Harder, president of the Canada China Business Council who also ran Mr. Trudeau's transition team, is part of the discussions, as well as former Australian prime minister Kevin Rudd. The goal is to seek a free-trade agreement with China similar to what Australia negotiated, which will see more than 85 per cent of Australian goods entering China duty-free.

"We are looking very closely at how Australia built their relationship, and we're talking to leading figures from that period about how we can do something appropriate like that in Canada," an official said.

For years, Canada has also been pursuing a free-trade deal with India. The most recent talks were held last March.

Planning for the trade mission is in its early stages, but the government has not ruled out a Team Canada mission including provincial premiers and territorial leaders and Canadian corporate executives. The Team Canada trade approach was championed by former Liberal prime minister Jean Chrétien's government, but was never taken up by the Harper government.

The former Conservative government had a testy relationship with China over its public criticism of Chinese spying in Canada, China's treatment of Tibetans and Canadian restrictions on oil sands investments.

Officials say Mr. Trudeau won't shrink from criticizing China's human-rights record, but they believe his family name will carry weight at the senior levels of the Chinese government in paving the way for fruitful trade talks.

"We have a unique opportunity, given the high regard in which the Prime Minister's father is held in China," the official said. "It isn't hyperbole. They still look at Pierre Trudeau as the first Western leader to open his arms to China, which, in a society that treats history the way it does, is as if it happened yesterday."

The slowdown in China's economy is cause for concern, with less demand for Canadian natural resources. China Investment Corp., which manages $747-billion (U.S.), also recently closed its Toronto headquarters.

However, official say the focus of the trade mission will be on China's and India's rapidly rising middle class and fast-paced urbanization.

"Nobody is building cities as rapidly as China," the official said. "So there are big opportunities for our pension funds, for our financial institutions, for our large infrastructure companies and for green technology."

David Mulroney, a former Canadian ambassador to Beijing, said there are enormous possibilities to capitalize on China's growing middle- and upper-income earners who are travelling more, sending their children overseas for education and buying real estate abroad. The Chinese also have high regard for Canada's food safety, making it possible for Canadian firms to market fruit juices, wines and lobster, while also promoting health-care services targeting the elderly, he said.

"The challenge is not just to show up and say we are friends and let's get back to business," Mr. Mulroney said. "You need to institutionalize the relationship with regular visits and exchanges." 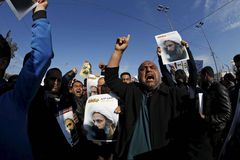 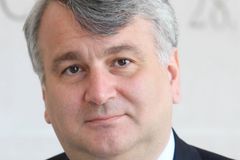