The RCMP will be headed for the first time by a permanent female commissioner as the national police force continues to struggle with sexual harassment and gender imbalance in its ranks, federal sources said.

Prime Minister Justin Trudeau is scheduled to announce the new commissioner at the RCMP training academy on Friday in Regina, where he is expected to emphasize the historic nature of the appointment.

Beverley Busson headed the RCMP from December, 2006, to June, 2007, but she was serving on an interim basis between the tenures of Giuliano Zaccardelli and William Elliott.

The winning candidate is expected to be Assistant Commissioner Brenda Lucki, who is the commanding officer of Depot Division in Saskatchewan where RCMP cadets are trained.

She joined the RCMP in 1986 as a 20 year old and has been posted in Alberta, Saskatchewan, Manitoba, Ontario, Quebec and former Yugoslavia throughout her career. In Manitoba, she was recognized for her efforts to improve relations with First Nations.

"We recognize that our diversity strengthens us and makes us an organization of excellence," Assistant Commissioner Lucki said earlier this year during the RCMP's diversity and inclusion week.

The identity of the successor to Bob Paulson has not yet been made public, but senior federal officials discussed details of the coming appointment on the condition of anonymity.

In the RCMP hierarchy, assistant commissioners are one level below deputy commissioners, which means the successful candidate will be jumping over some of her superiors.

In his speech to RCMP cadets, Mr. Trudeau will want to signal that the national police force is getting a new generation of leadership, the federal sources said. In the last federal budget, the government highlighted the lack of women throughout the RCMP hierarchy, pointing out that only 21.6 per cent of regular members are female.

"A diverse work force fosters cultural change within organizations, reducing the prevalence and tolerance of harassment and discrimination in the workplace and enabling institutions to develop better tools to interact with Canadians in what are often difficult circumstances," said the 2018 budget.

The issue of sexual harassment continues to haunt the RCMP more than one year after Mr. Paulson apologized to female officers who faced discrimination after they started to enter the force in 1974. As part of his apology, Mr. Paulson announced a $100-million settlement that put an end to two class-action lawsuits.

The location of Mr. Trudeau's announcement in Saskatchewan is symbolic as the RCMP is also facing criticism over its investigation into the death of Colten Boushie, a 22-year-old from the Red Pheasant First Nation.

The man who shot Mr. Boushie, Gerald Stanley, was acquitted of second-degree murder by a jury last month.

The Civilian Review and Complaints Commission for the RCMP (CRCC) announced earlier this week that it has initiated an investigation into the RCMP probe of the death of Mr. Boushie.

Former New Brunswick premier Frank McKenna, who led the search committee for Mr. Paulson's replacement, has said the next commissioner will be expected to deal with greater civilian oversight.

"Almost by definition, the next commissioner will be a change agent," said Mr. McKenna, who chaired the 10-member selection committee. "The organization is changing and it is an imperative that gender diversity be respected, that workplace mental-health and harassment issues be respected, as well as the diversity of Canada and sensitivity to Indigenous communities."

In scenarios that are being considered in Ottawa, the RCMP would work under a new civilian board of management, or see all administrative and financial functions placed under the purview of a civilian boss. Either way, the commissioner of the RCMP would remain in charge of police operations, but would have to forsake other responsibilities that have traditionally been in the hands of uniformed officers.

Still, the federal government is expected to give the new commissioner time to determine what would be the best solution for the RCMP and win internal support for reforms.

"There was a wide degree of unanimity amongst candidates that they would welcome more civilian involvement and oversight," Mr. McKenna said.

After looking at more than 50 candidates and conducting in-depth interviews, Mr. McKenna's committee put together a short list of three to five candidates just before Christmas. Mr. Goodale interviewed all of the candidates and provided his advice to Mr. Trudeau.

RCMP officers have won the right to unionize and are looking for large pay raises to catch up with other police bodies across the country. Relatively low pay has had a large impact on morale inside the force, meaning the next commissioner will have to find a way to get increased funding from the government, Mr. McKenna said. 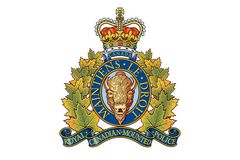 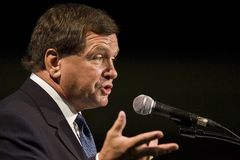 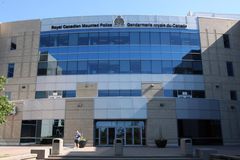