Prime Minister Justin Trudeau will travel to Washington on Monday to hold talks at the White House with Donald Trump, hoping to develop a personal bond of trust with an unpredictable U.S. President who is pushing an America First trade and global agenda.

This will be the first face-to-face encounter between the two leaders with radically different approaches to trade, immigration and international relations, although they have had two telephone conversations since Mr. Trump became President.

"They look forward to discussing ‎the unique relationship between Canada and the United States of America and how we can continue to work hard for middle-class Canadians and Americans, together," said Kate Purchase, the Prime Minister's communications director.

Related: Canadians want Trudeau to stand up to Trump, even if it leads to trade war: poll

Also: As Trudeau and Trump prepare to meet, here's a guide to where Canada-U.S. relations stand so far

Campbell Clark: Which Trump will Trudeau meet on his Washington visit?

The challenge for an avowed social progressive like Mr. Trudeau is to paper over his differences with the new President and find common ground on economic and national-security issues.

Top of the agenda will be trade relations, particularly the President's plans to renegotiate the 1994 North American free-trade agreement. Another item on Canada's radar is a Republican proposal to impose a "border-adjustment tax" on foreign imports, not unlike a surcharge president Richard Nixon briefly imposed in 1971. The talks also will likely focus on Russia, the fight against the Islamic State and Canada's contribution to NATO.

The President does not yet have his trade team in place because the U.S. Senate has still not confirmed Wilbur Ross as Commerce Secretary, Robert Lighthizer as trade representative and Treasury Secretary-nominee Steven Mnuchin.

"This gives the Prime Minister the opportunity to probe discreetly and try to find out what their intentions are and make the point that our relations are not like others," said former Canadian ambassador to Washington Derek Burney, who has been an informal adviser to Mr. Trudeau along with former Progressive Conservative prime minister Brian Mulroney.

Even more important is for Mr. Trudeau to develop the kind of chemistry that Mr. Mulroney had with Ronald Reagan, once considered a hard-right conservative who was unpopular in Canada.

"We were a bit smug about Ronald Reagan yet there was no president where we achieved as much as that guy in a long, long time," Mr. Burney said.

Mr. Burney expressed confidence that the Prime Minister, known for his charm and charisma, will be able to win over the real estate tycoon and former reality-show star even if they share different ideologies.

"Those guys were both not expected to win and they both won. They are both creatures of social media. So they have a lot in common," Mr. Burney said. "They don't have an ideology in common but does anybody really know what Donald Trump's ideology is? Even Republicans don't know."

Mr. Trump is known to have been unhappy after the Prime Minister delivered an effusive statement on the death of Cuban dictator Fidel Castro. The Washington Post has also described Mr. Trudeau as "a leader of the liberal global resistance to President Trump" and said his message of "inclusivity and multiculturalism stands in contrast" to that of the U.S. leader.

Amnesty International picked up on that theme in an open letter to Mr. Trudeau on Thursday, urging him to confront the President about human rights – from the ban on Syrian refugees and citizens from seven Muslim-majority countries to his support for torture.

"Prime Minister Trudeau cannot equivocate when he sits down for his first face-to-face meet with President Trump. He must make it clear that Canada needs and expects the President to advance human-rights protections at home and abroad; not set it back," said Béatrice Vaugrante, director-general of Amnesty International Canada.

But Conservative trade critic Gerry Ritz said Mr. Trudeau must be vigilant about not coming across as anti-Trump, even if it may be popular in Canada.

"At the end of the day, we've got a President down there who … you know, he takes this stuff with a very thin skin. He's not a politician; he's a businessman," he said.

Monday's meeting comes as Trudeau cabinet ministers have moved quickly to reach out to Mr. Trump's cabinet secretaries to seek areas of agreement and to demonstrate the Canadian government's desire to develop a positive relationship with the new Republican administration.

Canadian government sources have said Ottawa is trying to pre-emptively reinforce for Americans how beneficial its trading ties with Canada are before Mr. Trump gets down to the NAFTA talks.

"In any trade relationship, there is a possibility of improvement so we are not of the view that we shouldn't relook at NAFTA or any trade relations to see if there are ways we can improve it," Finance Minister Bill Morneau said during a talk at Washington's Georgetown University on Thursday.

Mr. Morneau said it was too early to get into specifics on what might be up for discussion in NAFTA, but he said Ottawa believes there are some areas for improvement, such as on adapting the agreement for the digital age.

Ms. Freeland was in Washington on Tuesday and Wednesday to meet congressional leaders and U.S. Secretary of State Rex Tillerson, where she pressed the case against any moves to raise tariff walls against Canadian exports.

"I did make clear that we would be strongly opposed to any imposition of new tariffs between Canada and the United States, that we felt tariffs on exports would be mutually harmful to both Canada and the United States and that, if such an idea were ever to come into being, Canada would respond appropriately," Ms. Freeland told reporters after her sit-down with Mr. Tillerson.

"I'm focused on creating a better outcome for Canadians and Americans," he told reporters. "What the U.S. administration is trying to achieve – good-paying jobs for Americans – is consistent with what we're trying to achieve. We've got a much more positive starting point that we can work from."

Mr. Morneau said the Trudeau government holds the view that NAFTA has been economically beneficial for the United States and Canada, pointing out that trade between both nations is about $670-billion (U.S.) a year.

Unlike the large trade deficit that the United States has with Mexico, the country has a slight surplus with Canada.

Mr. Trump says he wants to "speed up" renegotiation of NAFTA, an accelerated approach that could increase the bargaining pressure on Canada as the country tries to find a way to emerge unscathed from a rewriting of the rules of commerce with its largest trading partner. 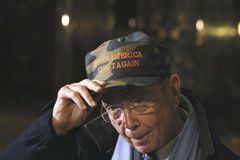 Opinion
Canada is not the Donald Trump opposition party
January 30, 2017 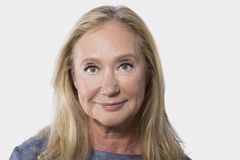 Opinion
Trudeau will pay the price if he wavers on Trump
February 1, 2017
Trudeau, Theresa May discuss trade, security amid fallout from Trump’s immigration ban
February 4, 2017
Sajjan meets with Mattis as Trump warns NATO members must step up defence spending
February 6, 2017
Follow Robert Fife and Adrian Morrow on Twitter @RobertFife @adrianmorrow
Report an error Editorial code of conduct
Due to technical reasons, we have temporarily removed commenting from our articles. We hope to have this fixed soon. Thank you for your patience. If you are looking to give feedback on our new site, please send it along to feedback@globeandmail.com. If you want to write a letter to the editor, please forward to letters@globeandmail.com.
Comments