Justin Trudeau is promising to immediately convene provincial leaders to renegotiate the multibillion-dollar Canada Health Transfer should he become Prime Minister – but he is not committing to maintaining a 6-per-cent annual increase.

The Liberal Leader's latest comments on health spending provide new detail on one of the missing pieces of the Liberal fiscal plan that was announced over the weekend. The party's costing document was silent on whether the so-called 6-per-cent escalator would remain.

The ultimate decision taken by whoever forms government after Oct. 19 will have major implications both for Ottawa's bottom line as well as the financial health of the provinces, which bear the brunt of Canada's health-care costs.

Mr. Trudeau outlined his position in response to a reporter's question in Surrey, B.C., after the Liberal Leader promised to increase health spending by $3-billion over four years.

"We're also committing to sit down with the provinces immediately to start negotiating the future of the Canada Health Transfer, the Canada health accords. We need to make sure that the federal government is once again a leader," he said when asked if he would maintain the 6-per-cent increases. "The provinces have done an extraordinary job of stepping up in the absence of all federal leadership but it's time we had a federal government and a Prime Minister committed to re-engaging to address health-care concerns."

Mr. Trudeau's comments do not rule out a deal with the provinces to maintain the 6-per-cent increase, but the Liberals have not set aside money in their fiscal plan to meet such a goal.

NDP Leader Thomas Mulcair is promising to maintain the 6-per-cent increase and the NDP sharply criticized the Liberal position Wednesday.

The development marks a new point of division between the Liberals and the NDP, who are in competition to be the first choice for voters looking for a change in government. The two parties are now running ads that criticize each other.

It was former Liberal prime minister Paul Martin who negotiated the original health-care deal in 2004 that set the 6-per-cent escalator in place. The 10-year deal was the result of intense political theatre as Mr. Martin, who headed a minority federal government, held lengthy negotiations with the premiers at Ottawa's Château Laurier Hotel.

The ensuing $41-billion deal was promoted as "a fix for a generation" but later reviews said the package fell short of its original goals. The deal promised to expand home care, reduce waiting times and bring in a national pharmaceuticals strategy to co-ordinate the purchase of drugs, something that provinces continue to discuss.

In contrast to that approach, the Conservative government's then-finance minister, the late Jim Flaherty, surprised his provincial counterparts at a December, 2011, meeting in Victoria by informing them of a new formula. Starting in 2017-18, a Conservative government would bring in a system that would tie the growth rate of health transfers to economic growth, with a minimum guaranteed increase of 3 per cent.

The Parliamentary Budget Office has warned that while that decision placed federal finances on a sustainable footing for the long term, it will cause financial pain for the provinces.

In a 2012 report, the PBO estimated that as a result of the new formula, the federal contribution to overall health spending will decrease from 20.4 per cent in 2010-11 to an average 18.6 per cent between 2012 and 2036. It would then decline further.

In a statement, Conservative candidate Rona Ambrose, Health Minister in the Harper government, noted that under the Conservatives, health transfers have reached "record levels," growing from $20-billion in 2006 to $34-billion this year and will reach $40-billion by the end of the decade.

"…All while maintaining a balanced budget and low taxes for Canadian families," she wrote. 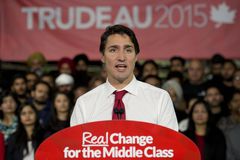 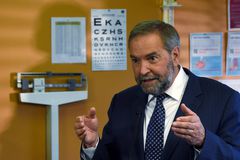