It's the bane of the existence of political organizers. Protesters show up at an event you've planned in meticulous detail. They get in the way of the photo you've spent time composing. They interrupt your candidate's flow. They change the conversation and the news coverage.

Deciding what to do in the circumstance is tough.

Have security or volunteers attempt to hustle the protestors out of the room? That can come off as arrogant, the pictures can be ugly and it can chew up valuable time.

Leave them alone, and hope the chanting and placard waving is shouted down by the audience, who usually tire of these antics? Also messy, and not guaranteed to work.

Holler at them, in the style of New Jersey Governor Chris Christie? Mr. Christie's trademark is belligerence. The glove-dropping style helped him get this far. But it may also be why he goes no further.

Earlier this week, Liberal Leader Justin Trudeau found himself faced with this dilemma, and not for the first time, nor likely the last.

At a book launch event, protestors against a pipeline showed up and wanted to press their agenda. (In the interests of disclosure: my clients include pipeline companies and I personally believe the project in question is a good idea for Canada).

Mr. Trudeau's approach to dealing with these protestors was adept.

He asked them to take the floor for a minute to make their point, and then allow the meeting to return to its intended purpose.

This probably took some by surprise, including the protestors themselves. They said they hoped that if he became prime minister one day, Mr. Trudeau would look at the issues they were raising. Mr. Trudeau thanked them for their views and moved on.

It was civilized. It took little time. Rather than make Mr. Trudeau look weak, he seemed in control.

The Liberals will now be anxious that such interruptions will happen more often, and that some will be organized by their political opponents. Perhaps.

But this was not just a bad moment averted: it was a net positive.

This umpteenth book event produced an interesting story – not a story about a energy, emissions, or Mr. Trudeau's position on pipelines. It wasn't a story about his book, his looks or his locks.

It was a story about Mr. Trudeau's personal instincts and attitude. About a willingness to put himself out there, in the mix, where the risk is.

Mr. Trudeau's critics say he's all style, and they wish that style would matter less. But voters want leaders they can relate to, and who seem interested in them and their problems.

There's a sharp contrast between the Trudeau-protestor moment and the approach of the governing Conservatives in recent years. To minimize trouble and control the message, many Conservatives have sealed themselves off from real, genuine encounters.

This week's fiscal update was delivered with no opportunity for questions. This now seems normal to the Conservatives, but they'd be wise to break these habits. An otherwise good news announcement reaches fewer people, and is less interesting than it could or should be, because it is entirely manufactured.

National politics can impose a foggy or dull lens between voters and party leaders.

But each of these politicians knows the value of changing the lens, defying predictability and formality. Think Stephen Harper playing a Beatles song on the stage of the National Arts Centre. Thomas Mulcair dressed in an Angry Bird costume to take his granddaughter trick or treating.

Before the next election, Thomas Mulcair and Stephen Harper want Justin Trudeau to meet them at dawn, on their turf, and choose which policy weapons to duel with.

But he's led the polls for a pretty good stretch, by doing things a different way.

Without having yet had to prove it with detailed policy papers, many voters now think a government he led would be the best at creating jobs, growing the economy, ensuring health care and protecting the environment.

This is no mere accident of good looks or a famous name. It's about an attitude that voters like.

The Liberal leader will need to provide and debate policy in the months ahead. But those who imagine this will be the end of him may be indulging in wishful rather than rational thinking.

Like it or not, Mr. Trudeau's opponents may need to meet him on his turf, if they want to get past him in the polls. 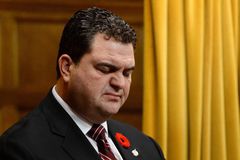 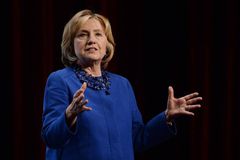