As we wait for the 42nd Parliament to convene, most likely in late November or early December, the reputation of the Senate is at its lowest ebb. But Justin Trudeau's plan to create a Senate of distinguished Canadians who all sit as Independents might make it more legitimate than it has ever been. The details of that plan are becoming clear.

Things have never been grimmer in the Red Chamber. Disgraced senators Mike Duffy, Pamela Wallin and Patrick Brazeau, who were suspended in the previous Parliament because of the scandal over their expenses, are back on the payroll.

According to informed sources, senators will not allow Mr. Duffy and Mr. Brazeau to actually take their seats, because Mr. Duffy is on trial for fraud and Mr. Brazeau faces trial for fraud. But Ms. Wallin, who has not been charged, is expected to be a fully participating senator once again. It is considered unlikely that the Senate will vote to suspend the three a second time; it was hard enough the last time, and Stephen Harper is no longer around to coerce Conservative senators into doing his bidding.

But the bigger the scandal, the greater the potential for reform. Speaker Leo Housakos has announced he will put forward a proposal to have senators' expenses subject to independent oversight, which is a good first step. Suggestion: the next step should be to establish a new, explicit and strict code of ethics for senators, with an independent office to study allegations of breaches and with the verdict and any prescribed punishment from that office binding. (To be clear, the existing ethics commissioner does study and report on allegations of unethical behaviour.)

But most promising is the prime-minister-designate's proposal to appoint senators based purely on merit. After a few conversations, here is that proposal in greater detail.

Under the new system, senators will be chosen more or less the way lieutenant-governors are chosen. A non-partisan panel of distinguished Canadians appointed by the federal government will confer with a similar panel convened in the relevant province. The two, working in co-operation, will send a shortlist of possible senators to the prime minister of the day, who will choose from the shortlist. The senator, if he or she accepts the invitation, will sit as an Independent.

There are problems with this idea, but there is also much promise. The greatest danger is that a clubby panel of insiders will choose from among their own. Mr. Trudeau will need to cultivate an open, inclusive and innovate approach to choosing panel members.

The panels must pursue the same approach in coming up with the shortlist. Nominees to the Senate should not just come from Bay Street. They must also come from Main Street and from the street. They should come from the boardroom and the shop floor, from the arts and the playing field, from the military and the laboratory. Citizens should all be able to nominate candidates and circulate petitions favouring their choice. The announcement of a new senator should surprise and delight.

Mr. Harper has left Mr. Trudeau a gift of 22 vacancies. The Liberals plan to take their time filling them. But a year or so from now, about one-fifth of the body will consist of senators chosen in this fashion. The former Liberal senators are also Independents now, whether they want to be or not. And if the Conservative caucus is wise, Tory senators will not participate in voting for the interim leader, which would promote independent thinking among those senators, as well.

Each year, the number of genuinely independent senators will increase and the angry, partisan rump will grow smaller. A decade from now, the Senate could be dominated by distinguished Canadians from many walks of life, examining and proposing legislation without partisanship, offering truly sound and sober second thought.

Yes, this leaves questions: about Question Period in the Senate, about the mechanics of debating and passing bills and especially about the relationship between the Senate leadership and the government. But all that can be managed.

And no one will consider the new model the best model. Some want to abolish the Senate; others want to change its composition and powers; still others believe that senators should be elected rather than appointed. But the Constitution, the Supreme Court and recalcitrant premiers have rendered all of that impossible.

The Liberal alternative is the only realistic one available. And who doesn't want to see a Senate filled with people we all admire and respect? 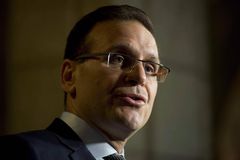 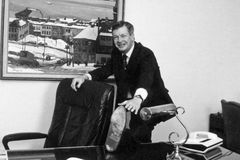