Monday's cabinet shuffle reveals two weaknesses in the Trudeau government: an indifferent, if reasonably stable, front bench outside its core team of top performers, and a real problem in Alberta.

An enfeebled ministry is typical of modern governments everywhere. The ever-accelerating pace of events concentrates power in the leader's office. Justin Trudeau had promised a return to true cabinet government, in which autonomous ministers operated as a powerful committee chaired by the prime minister. In reality, power rests in only a few hands.

The second problem is, for Liberals, chronic. Mr. Trudeau hopes to hold and, if possible, expand his beachhead of four Alberta MPs. Instead, thanks to expulsions and shuffles, he risks losing that toehold.

With the NDP struggling to remain relevant in Quebec, the next election could reveal an old and not-very-healthy situation in which the Conservatives own the Prairies and B.C. outside the lower mainland, the Liberals dominate in Quebec and Atlantic Canada, and the two parties fight for control of Greater Toronto and Vancouver.

As it was for the father, so too might it be for the son.

The elevation of former TV host Seamus O'Regan to Veterans Affairs Minister puts a popular and well-known MP into cabinet and ensures that Newfoundland and Labrador retain representation, following the departure for personal reasons of Judy Foote.

But Kent Hehr's demotion from Veterans Affairs to Sports and Persons with Disabilities is more problematic. Mr. Trudeau and his advisers obviously felt the Calgary MP wasn't living up to his responsibilities in a file that always seems to bedevil federal governments.

The problem for the Liberals is that they only have four Alberta MPs, and that number could soon be reduced to three, if reports that Calgary MP Darshan Kang is about to be expelled from caucus over allegations of sexual harassment prove correct.

Ms. Philpott may be on her way to the inner circle – the small team of powerful ministers that a prime minister trusts to manage the crucial files, with all the others kept on a short leash.

During the Conservative era, only Jim Flaherty, Jim Prentice, John Baird and Tony Clement had the full confidence of the micro-managing Stephen Harper. The Liberal inner circle is equally small.

Chrystia Freeland has taken over responsibility for, not only foreign affairs, but trade as well. (When was the last time you heard of International Trade Minister François-Philippe Champagne's involvement in the North American free-trade negotiations?)

Bill Morneau is sovereign in the realm of Finance, while Public Safety Minister Ralph Goodale has become Minister Responsible for Putting Out Fires. And Environment Minister Catherine McKenna has also been given wide latitude.

Most of the remaining members of cabinet do their jobs knowing that the Prime Minister's Office is keeping a watchful eye on them all.

As a government matures, stars dim and shine. Carla Qualtrough's promotion from Sports and Persons with Disabilities to Public Services reflects Mr. Trudeau's growing confidence in her abilities. And Ginette Petitpas Taylor has rocketed from parliamentary secretary in Finance to Minister of Health.

But over all, this shuffle is more a minor managerial restructuring than a panicky rearranging of deck chairs. This Liberal government remains in control of its mandate, and deservedly confident of its prospects in the lead-up to the next election.

Even if things are starting to look rather dim in the West. 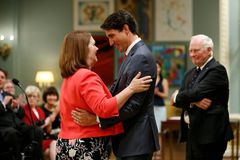 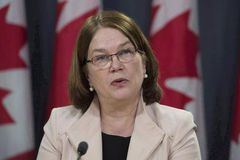 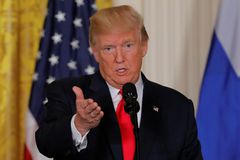