One of many disconcerting things about the careening U.S. presidential campaign is the constant evidence in polls that many white and less-educated Americans think Donald Trump is their Great White Hope.

His sales pitch is perfect for people who worry they're falling behind, see globalization as a threat and fear "the system" won't look out for them.

For years, this pitch was the bread and butter of the union movement.

But of late, unions, like many political parties, are facing growing pressures to prove their relevance and effectiveness. A little bit of "what have you done for me lately" but even more "what could you do for me tomorrow?"

Today, more young people finish high school and go on to study at a college or university. Most graduates, research shows, are actually pretty optimistic about their chances of finding meaningful work and making a happy life. There's some anxiety, but even more confidence and plenty of self-reliance.

It's not hard to imagine that well-educated young people might wonder if they need a union to achieve their goals. Are their co-workers truly their brothers and sisters? Do they all share a common world view?

If you didn't grow up during a time when the formation of unions was proving its value by ensuring safer work places, decent wages and some protection from hard-nosed employers, you might wonder why, if you work in an organized workplace, being part of a union is not a matter of individual choice.

Depending on where you are on the political spectrum, you might love the policy postures of your union or you might hate them. Or you might simply wonder why your job comes with a requirement to fund political advocacy of any sort.

That Americans with less education believe Trump is their saviour is sad. It reveals the all-too-common human instinct to blame others when things aren't working out. It suggests that neither the Democratic Party nor the labour movement have much traction with these voters anymore.

Trump is preying on the weak and despairing. Which is not surprising. He is a (failed) casino operator. (As an aside, how do you go bankrupt running games that are rigged in your favour?)

For his supporters, Trump is kind of like a human lottery ticket. You know it has almost zero chance of working out for you, but you can't resist buying it.

The Trump problem will work itself out (ideally with a crushing defeat in November).

But the future role of labour unions in our political life is a question that will linger, and grow more complex.

Workers can't always count on enlightened employers and supportive governments, even though there are many of both. But the nature of work is changing quickly, as is the makeup of our labour force. To thrive, the labour movement will likely want to adapt, too, and perhaps consider new models for advocacy of worker needs.

Former Davenport MP Andrew Cash's Urban Worker Project is one such example that is aimed at providing some advocacy for the millions of people who are employed in what is often referred to the Gig Economy – freelance and contract workers, including artists, musicians, hospitality workers and others.

A recent Abacus Data study revealed that half of this group is making as much money and doing as much work as they hope to, while the other half isn't yet. And a great many are interested in finding a way to band together and develop some form of collective leverage.

Today's forward-looking union leaders (people such asHassan Yussuff of the Canadian Labour Congress and Jerry Dias of Unifor) have to walk a fine line: expressing the traditional values of the collective, while at the same recognizing that the economy, the nature of work, the shape of the labour force, and individual needs and priorities are all shifting.

It's tricky, but let's hope they succeed. Because our political life is enriched when there are strong voices for working Canadians, both politicians and organizations outside politics. To be convinced this matters, we have only to turn our gaze to the hourly spectacle of Donald Trump as the nominal leader of the weak, south of the border. 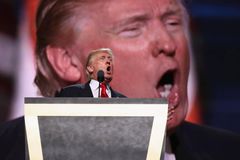 In his words: A look at some of Trump’s most incendiary comments
August 10, 2016 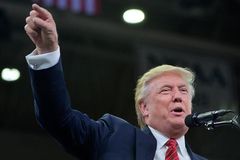 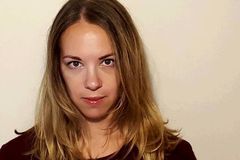