When Alison Redford took up her post as Alberta Premier six weeks ago, she insisted that when she eventually made her way to the United States, she would not be there to lobby for a controversial $7-billion pipeline that aims to transport crude from the province to the Gulf Coast.

Alberta's new Premier played down any real influence she could have and argued that she would just be there to "tell Alberta's story." Still, she was criticized for missing the U.S. State Department hearings in Washington on TransCanada Corp.'s Keystone XL proposal.

Then, this week's planned trip to New York and Washington was sideswiped on Nov. 10 when the Obama administration suddenly announced the pipeline approval process would be delayed until 2013, which in turn, could potentially kill the project. The U.S. wanted to examine whether the 2,700-kilometre pipeline could be built to avoid sensitive landscapes in Nebraska. And then, just as suddenly on Monday, TransCanada announced the "route will be changed" to conform with legislation going ahead in Nebraska, but environmental assessments are still needed.

So now, Ms. Redford finds herself stateside still attempting to tell Alberta's story, and while the only thing anybody is interested in talking about is Keystone, she may be correct, at least, about something: This is one issue that is beyond her control.

"To presume that somehow the premier of Alberta could come down here into this city and absolutely change the course of an independent regulatory process that's conducted over six government departments is a little bit too rich for me," Ms. Redford told reporters in Washington.

She said the provincial government has always been a "proponent" of the Keystone project, but she diplomatically characterized criticism of her laissez-faire approach as "naive."

Last week, Doug Horner, Alberta's deputy premier, said the U.S. decision came as a "shock" and was one that was "fairly political."

"It is frustrating because you look at what their sources would be without Alberta's energy, you got to scratch your head and ask yourself: 'Are they more concerned about a routing than they are about what's going on in some of the jurisdictions where they are sourcing energy from today?' " he said. "These are areas where one would consider them to be on the other side of what the Americans are all about."

Meanwhile, the U.S. continued to maintain that its decision was one that was based on, and will continue to be based on, what's in that country's "national interest."

On Monday, State Department spokesman Mark Toner also played down concerns about the impact on Canada-U.S. relations even as Prime Minister Stephen Harper talked about sending Canada's energy to customers in Asia and Ms. Redford knocked on doors looking for answers about the sudden change of heart.

"In terms of our bilateral relationship, we don't believe it's going to have a negative effect," Mr. Toner said.

And now, Ms. Redford said she hopes TransCanada's re-routing announcement is the "good news" the project needs to move it forward. She remains, as she always has since taking over Alberta's top job, "optimistic." 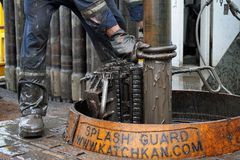 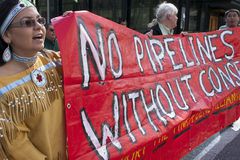 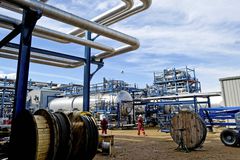 Canada's trade vision shifts beyond the United States
May 8, 2018 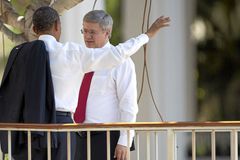