The culmination of an election campaign that has shuffled voters' allegiances will be a scramble by parties to get their supporters to the polls: More than any election in recent years, this one is likely to turn on which groups actually turn out at the polls - and this time, the parties trying to get them there are less sure of where they are.

The surging support of the NDP in opinion polls could fizzle in a low-turnout election if young voters who have moved to support the party in disproportionate numbers stay home in larger numbers, as their age group tends to do. The party's officials say a high turnout would help them translate goodwill into seats.

In an election where party-support patterns have changed rapidly, the tally for all parties will depend not only on how many supporters they have, but on how enthusiastic those supporters are to vote. All the leaders spent their last day repeating get-out-the-vote messages, with Jack Layton - the leader who is depending most on voters who have just turned to him - likely the most dependent on high turnout.

Turnout in Canadian elections has declined since 1988, and hit a low of 59 per cent in 2008 - making getting one's supporters to the polls even more crucial.

The machine politics muscle-work that normally dominates party efforts on voting day has been partly clouded by the changing allegiances of voters.

In Quebec, the Bloc Québécois's lists of supporters now may be junk: The party canvassed to identify its voters before Jack Layton's sudden, surprising rise after the April 13 French leaders debate. Now, the party fears that if it urges those on its supporters' list to go to the polls, it will be getting out the vote for Jack Layton. The party has turned to the provincial Parti Québécois to help identify hard-core separatists who are more likely to stick with it, officials said.

The NDP face the flip side of the problem: In many of those former Bloc strongholds, they didn't have the organizers identifying the vote in ridings they hadn't dreamed of winning. And their Quebec organizational machine, the ranks of party workers and volunteers who call supporters to suggest they vote, or offer a ride, is thinner than the Bloc's.

Across the country, the Conservatives may have the edge: The governing party has a well-oiled machine and a stable base of supporters who tend to be more committed to their choice, according to pollsters.

The machine has 36 days of likely-voter lists from canvassing, and years of stored information derived from databases of donors and supporters. "It's very simple Politics 101. You call people, if they need a lift, you give them a lift," a Conservative official said.

NDP officials believe a high turnout would help them - and are hoping that a hefty rise in the number of Canadians who voted in advance polls is a sign that overall turnout on Monday will be high.

Big turnouts tend to be a symptom of a move to change, NDP campaign manager Brad Lavigne said - which would be a good omen for the party. And high turnout would likely mean a bigger proportion of young voters, who are a significant part of the "orange wave" moving to the party. The NDP has tried to attract them with iPad apps and simple web tools, and is now hoping that student "vote mobs" and election twitter activity is a sign of engagement that will see more go to the polls, he said.

Some of the young people who are leaning to the NDP were "attracted in a curious way," said Peter Julian, the NDP's incumbent in the B.C. riding of Burnaby-New Westminster. "They're saying now they're determined to vote. We'll see on Monday night. But if they turn out - watch out."

York University political scientist Robert Drummond said it's true that younger people tend to vote in substantially lower proportions - and if turnout is high, it likely means a greater portion of young voters have voted.

But he said in this election, a number of factors could trigger turnout. If people want to see a majority government, Tory voters might get out more, and that an enthusiastic move for change leads to higher turnouts. In 2008, traditional Liberal voters stayed home, but it's hard to say if the party's slide in polls will discourage supporters, or propel them to vote out of a desire to save the party.

The Liberals rely on a sophisticated piece of software, called the Liberal list, which contains information about people who've said they have voted Liberal, or accepted a party lawn sign, or told them they don't like Stephen Harper, said Senator David Smith, the Liberal campaign co-chair. The party has, for example, a list of 30,000 names in the Vaughan riding, north of Toronto, and 20,000 names in another downtown riding. Campaign workers call them on voting day to ask if they have voted.

Now, one long-time Toronto Liberal organizer said, the real trick is getting out the vote with fewer volunteers than in past elections - key if the party is going to fend off a drubbing.

With reports from Daniel Leblanc and Jane Taber 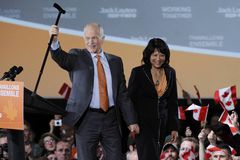 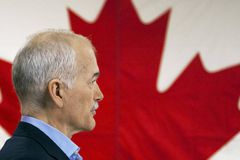 Your guide to voting and watching the federal election
May 1, 2011 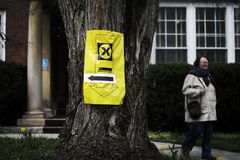 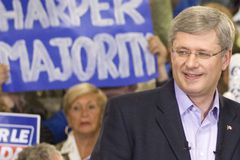 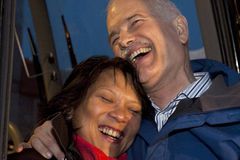 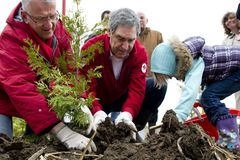 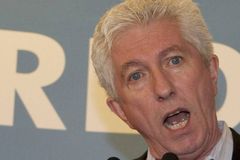