Nearly two-thirds of Canadians want the Liberal government to proceed with climate regulations, including carbon pricing, regardless of a new direction on the environment from U.S. President Donald Trump, a new Nanos Research poll says.

Environment and Climate Change Minister Catherine McKenna met this week with the European climate commissioner Miguel Arias Canete, and the two ministers said they remain committed to meeting the targets of the Paris climate agreement, even as Mr. Trump lays plans to reverse greenhouse-gas-reduction regulations passed by his predecessor Barack Obama.

Some Canadian business leaders and conservative politicians have urged the governments to slow or stop the implementation of the federal-provincial climate plan reached in December, arguing additional costs from environmental regulations will erode Canada's ability to compete with U.S. companies that benefit from the Republican administration's approach.

Bill McKibben: Trump, Trudeau in same boat as sea ice melts around them

Jeffrey Jones: Canada should stick to its own path in clean tech

In a poll of 1,000 Canadians conducted for The Globe and Mail this week, Nanos Research found 48 per cent "support" and 17 per cent "somewhat support" the government of Canada's plan to institute new climate regulations even if it is out of step with Mr. Trump's approach. One-third of respondents said they are opposed (22 per cent) or somewhat opposed (11 per cent).

The margin of error for the survey is 3.1 percentage points, 19 times out of 20.

More broadly, some 77 per cent of those responding to the survey said it would be unacceptable or somewhat unacceptable for the Canadian government to align its policies with the Trump administration in cases where the two countries diverge, Nanos said.

In addition to her meeting with the European Union's Mr. Canete, Ms. McKenna had a telephone conversation this week with recently installed administrator of the U.S. Environmental Protection Agency, Scott Pruitt. The minister said she emphasized in the conversation that Canada is committed to the Paris climate treaty and will be taking "serious" climate action.

"We worked very hard to get the Paris agreement," she said after her session with Mr. Canete. "Now the rubber hits the road and each country has to work hard to meet their targets."

Mr. Trump has not made clear how he will deal with the United Nations accord, which was signed by 195 countries in December, 2015, but the President has signalled he will seek to reverse policies of the Obama administration aimed at meeting American commitments. Mr. Canete said the world will miss U.S. leadership on climate change, and will require countries like Canada to help fill the void and encourage other countries to live up to their Paris promises.

"Climate-change policy requires locomotives – big locomotives, powerful locomotives, locomotives that build trust among the rest of the parties," he said in an interview Friday. "There cannot be a vacuum for leadership and that's our main concern. That's why we come to Canada and will say to other friends, 'Let's work together because we have to be the locomotives in the fight against global warming.'"

The commissioner said the EU is working to strengthen its climate action, including strengthening its cap-and-trade system by reducing the free allowances for emissions that are given out and reducing the effective cap on emissions.

Even as Canadian provinces fashion their own approaches, the Liberal government is proceeding on a number of fronts. Faced with criticism from Conservative MPs, Prime Minister Justin Trudeau insists the government is mindful of the economic challenges, as well as the opportunities.

Ottawa will introduce legislation later this year to put in place a national carbon-pricing plan that will impose a federal levy, rising from $10 next year to $50 per tonne in 2022 – in provinces or territories that do not have their own. It is also promising new regulations to take effect around 2020 that will further reduce greenhouse-gas content in the energy used for transportation, home heating and industrial processes.

Ms. McKenna is expected to release draft regulations next month that would require oil and gas companies to begin in three years to cut methane emissions from their operations, a plan many small producers argue will place an uncompetitive burden on them as Mr. Trump plans to roll back similar U.S. rules.

Mr. Pruitt this week cancelled an earlier EPA request for information from oil and gas producers on their methane emissions, after the Republican-led Congress cancelled an Obama-era rule requiring operators on federal lands to capture methane, which is often vented from wells but is a powerful greenhouse gas.

Environmentalists say the proposed Canadian regulations would merely match those already in place at the EPA, and they insist it won't be easy to unwind those U.S. rules because the agency would have to justify in federal court why it was not meeting its obligations under the Clean Air Act.

Many oil- and gas-producing states have their own rules on methane capture. However, Western Canadian producers point to the lack of onerous methane regulations in Texas, which is going through another shale-oil investment boom. 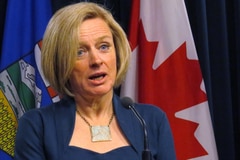 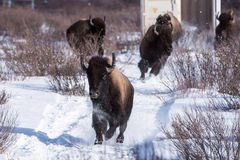 Canada to have more mild days while other regions hit harder by climate change
January 18, 2017
Follow Shawn McCarthy on Twitter @smccarthy55
Report an error Editorial code of conduct
Due to technical reasons, we have temporarily removed commenting from our articles. We hope to have this fixed soon. Thank you for your patience. If you are looking to give feedback on our new site, please send it along to feedback@globeandmail.com. If you want to write a letter to the editor, please forward to letters@globeandmail.com.
Comments