He spent much of Saturday in briefings with senior officials, and working in his Centre Block office on Parliament Hill for the bulk of the afternoon.

Then came a call with U.S. President Barack Obama, in which the two leaders discussed the grave situation developing in Ukraine. And by 5 p.m. Saturday, the Prime Minister was in a third-floor meeting room with a key group of cabinet ministers to discuss the unfolding crisis.

The showdown between the West and Russia over Ukraine is one of the most serious foreign-policy challenges for the Conservatives in their eight-year tenure. It is a diplomatic confrontation, not with a failing state, but with a nuclear-armed great power – and a fellow member of the G8.

International Development Minister Christian Paradis was among those at the emergency session, as was Mr. Baird, albeit remotely via telephone from Toronto, where he was meeting with the Portuguese President and Foreign Minister to discuss a range of bilateral and multilateral issues. Mr. Paradis' deputy, Paul Rochon, had to cancel a speech in Toronto at the last minute because of the meeting.

When Mr. Harper emerged, he issued a statement saying he was recalling the Canadian ambassador in Moscow and had suspended Canada's preparations for the coming G8 summit planned for Sochi, the Russian city that just played host to the Olympic Games. Around that same time, he spoke with NDP Leader Thomas Mulcair, who told The Globe that Mr. Harper said Mr. Putin had "crossed the Rubicon" – a military reference often used to suggest someone has passed the point of no return.

Mr. Mulcair described his conversation with Mr. Harper as "open" and "detailed," and said he felt Mr. Harper's use of the military reference was spot on. When asked about the remark, a spokesman for the Prime Minister, Jason MacDonald, said he wouldn't comment on the substance of a private conversation.

By Sunday, news emerged that the government had also summoned Russia's ambassador to Canada for rebuke, and Mr. Baird held a 2 p.m. press conference in Toronto where he declined to comment on next steps but said Ottawa would consider sanctions against Russia and didn't rule out the possibility of expelling Russia from the G8.

Some time before 3 p.m. EST on Sunday, Mr. Harper spoke to Paul Grod, the head of the Ukrainian Canadian Congress, who is in Ukraine, to discuss the situation on the ground.

Mr. Grod, who has met with Mr. Harper several times since the crisis erupted last fall, said the Prime Minister's Office reached out to him to set up the call. He said he briefed Mr. Harper about his conversations earlier in the day with members of the post-revolutionary government, who expressed concern over what they described as a Ukrainian military that's in "bad shape."

By Sunday evening, the G7 nations issued a collective statement condemning Russia for actions that "contravene the principles and values on which the G-7 and G-8 operate." The statement said the group has halted preparations for the June summit "until the environment comes back to where the G8 is able to have meaningful discussion."

A government official said Sunday that Deputy Foreign Affairs Minister Daniel Jean and Associate Deputy Minister Peter Boehm had on Saturday dressed down Russia's ambassador to Canada, Georgiy Mamedov. The official said Mr. Mamedov conveyed Russia's widely known belief that it has a right to protect its national interests and invade Ukraine, but said the ministers told him there's no excuse.

Robert Collette, a former Canadian diplomat who once served as chief of protocol, said the combination of summoning Russia's ambassador and recalling the Canadian ambassador from Moscow sends a "very strong message" to the Russians. He said the Canadian diplomat could remain here for a day, a week, six months or longer, and would most likely hold discussions in the meantime with Mr. Baird and possibly Mr. Harper.

Mr. Collette noted that expelling Mr. Mamedov – a move Mr. Baird said he hasn't ruled out – would be an extreme measure. "It's not something our government does lightly," he said. 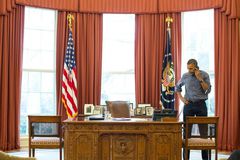 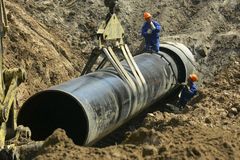 Globe in Ukraine: West trying to pull situation back from the brink
March 2, 2014 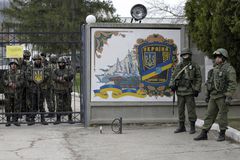 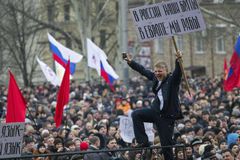