A new report by the United Nations refugee agency says more people became refugees last year than in any year since 2000.

The UN High Commissioner for Refugees' report says 4.3 million people were newly displaced in 2011, with 800,000 fleeing their countries and becoming refugees.

In total, 42.5 million people ended 2011 as refugees, internally displaced or in the process of seeking asylum.

The UNHCR report attributes the high numbers last year to a string of humanitarian crises brought on by drought and conflict in the Middle East and Africa.

"2011 saw suffering on an epic scale. For so many lives to have been thrown into turmoil over so short a space of time means enormous personal cost for all who were affected," said Antonio Guterres, the UN's High Commissioner for Refugees, in a statement.

"We can be grateful only that the international system for protecting such people held firm for the most part and that borders stayed open. These are testing times."

Canada ranked ninth on a list of main destination countries for new asylum seekers, and together with the United States, admitted four-fifths of all the refugees resettled by the UN in 2011.

The UNHCR representative in Canada says the country is highly regarded for its work on helping people displaced around the world find a new home.

"Canada is a country that is very important to us with respect to the solutions of refugee problems," said Furio De Angelis.

But Mr. De Angelis says there are concerns about the Conservative government's recent changes to refugee laws.

Among other things, the UNHCR had originally sounded the alarm over provisions in Bill 31, also known as the Protecting Canada's Immigration System Act, which would have allowed for the detention, without review for one year, of people designated as being part of "mass arrivals" in Canada.

That provision was later amended by the government to require detention review at the 14-day mark and then again six months later.

But Mr. De Angelis said those and other changes made to the proposed law haven't alleviated all of the UNHCR's concerns.

He is expected to testify before a Senate committee Monday to address them.

Also, at the end of this month, most refugees will be losing access to extended health care benefits.

Currently, the federal government provides basic health care, dental and vision care and medication to all refugee claimants until they become eligible for provincial coverage.

The changes to the interim health care program sharply curtail the benefits, a move the government says will save more than $100 million over the next five years and ensure refugee claimants don't get better access to health care than Canadians.

Canadian doctors and other health care providers say the cuts are unjust and are planning a protest on Monday.

Mr. De Angelis said the UNHCR is concerned about the way the shaky global economy is affecting refugee protection.

"We know that there will be a challenge in resources with respect to meeting humanitarian needs and we have indications from donor countries that that will be the case for obviously reason, given the financial and economic downturn in so many traditional donor countries," he said.

The other concern facing the UNHCR is the fact there is no end in sight to the conflicts plaguing the top refugee producing countries, like Afghanistan, Somalia and Sudan.

"We really don't see the seeds of a durable political solution to such old conflicts," Mr. De Angelis said.

On average last year, one out of four refugees in the world were from Afghanistan, with the majority settling in Pakistan and Iran, the report said.

Bowing to pressure, Kenney agrees to some refugee-bill amendments
April 30, 2018 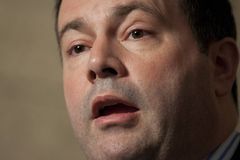 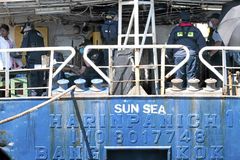 Opinion
No real refuge in Canada for some refugees
April 30, 2018 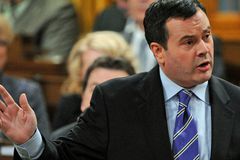 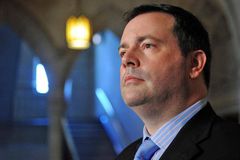 Tory MP wants Baird to consider yanking Canada out of UN
May 1, 2018 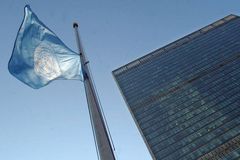