Alberta thrives on the strength of its oil and gas sector, while coal keeps the province's lights on – as such, in an era where many demand lower emissions, the province is a carbon giant looking to change its ways.

Choking the output of those industries, however, could be economically devastating. So rather than limiting the actual amount produced, the province has pinned its hopes on a process known as carbon capture and storage (CCS), which would see carbon collected and buried deep below ground.

On Wednesday afternoon, Alberta Energy Minister Ron Liepert announced a final agreement on its third such CCS project. The province promised $2-billion in seed money three years ago, but only this year has approved projects.

Calgary-based Swan Hills Synfuels LP aims to use an unproven method, coal gasification, to reach 1.4-kilometre-deep coal deposits in central Alberta, convert them to gas underground, capture the emissions before they ever see daylight and use the gaseous coal to run a power plant.

The new plant would serve a whopping 300,000 homes while producing one-third the emissions of a similarly sized regular coal plant – or about the same carbon output as a natural-gas plant.

Because the project will divert 1.3 million tonnes of carbon dioxide a year – providing the cost certainty of coal and environmental performance of natural gas – Alberta coughed up $285-million for the $1.5-billion development.

It also pledged $1.2-billion for a pair of other CCS projects earlier this year that dealt with burying carbon, most of it produced in the oil sands. All are deals finalized in the waning days of Ed Stelmach's time as Alberta Premier, thought Mr. Liepert denied they were being rushed to completion.

"One thing is certain – the world will continue to need fossil fuels, and we're going to need to find cleaner ways to produce them," Mr. Liepert said.

The captured emissions would be buried in a process that has a significant side benefit – producing oil. Carbon dioxide can be used to squeeze extra crude out of tapped-out wells, many of which exist near the proposed Swan Hills site. Alberta hopes "enhanced oil recovery" will yield $25-billion in new royalties provincewide.

"This is a tremendous use for the CO2, because it ensures we will extract more of the potential out of the resources that exist in that area," Mr. Liepert said.

Swan Hills Synfuels CEO Martin Lambert said gasification technology is proven, while an area mayor added the power plant alone will create up to 200 construction jobs and 80 plant jobs. The plant would come online by the end of 2015.

If the coal gasification project works – and investors appear to be skeptical – it would effectively unlock roughly 620 billion tonnes of Alberta coal reserves, much of it at a depth that once couldn't be mined. It's a staggering amount, one that could theoretically power Alberta, at current demand levels, for 20,000 years.

Swan Hills has three other phases planned if the first one succeeds. No others will require government investment. "At its core, this project and others like it which will follow, upgrade a low-value resource into high-value finished energy products, capturing both the jobs and the significant value-add here in Alberta," Mr. Lambert said.

Industry members, politicians and academics said provincial funding is necessary because there's little incentive to reduce emissions. CCS is "viable, but it comes at a cost," said Don Lawton, a University of Calgary geophysicist who studies CCS. "But until there's a price on carbon, it's an expense that has to be borne by somebody."

Mr. Lambert said the project would die without provincial money. "I don't think I could deliver the returns investors would need to put their money up," he said.

In exchange for its investment, Swan Hills has agreed to share some of its technology after an unspecified period, but a government spokesman couldn't provide details.

Alberta is the only province so strongly chasing CCS technology. It holds 70 per cent of Canada's proven coal deposits, and its power grid is among the country's most coal-dependent. Coal-gasification technology could allow its existing coal plants to be converted or replaced. Today, they generate about 80 per cent of power consumed in Alberta and 20 per cent of carbon emissions, according to the Calgary-based Pembina Institute think tank.

"I think the important thing for the government here is what technology do you actually get access to," added Andrew Leach, an associate professor of business at the University of Alberta who studies the energy sector. "If we're going to meet the goals of the climate change strategy, at some point we're going to have to do something about those coal-fired power emissions." 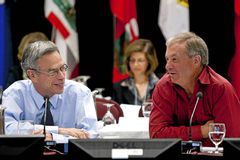 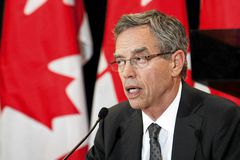