What does the Grey Cup football game have to do with the Canadian military? Not much, you say. True enough. But chalk up another public-relations triumph for the governing Conservatives. They turned the opening ceremonies of our annual sports classic into a military glorification exercise.

For our part in the NATO Libya campaign, the Defence Minister took bows on the field. A Canadian flag was spread over 40 yards. Cannons boomed.

The blending of sport and the military, with the government as the marching band, is part of the new nationalism the Conservatives are trying to instill. It is another example of how the state, under Stephen Harper's governance, is becoming all-intrusive.

Conservatism, as defined by Ronald Reagan, was about getting government off the backs of the people. Conservatism, as practised by team Harper, is more akin to an Orwellian opposite. State controls are now at a highpoint in our modern history. There is every indication they will extend further.

The propaganda machine has become mammoth and unrelenting. The parliamentary newspaper The Hill Times recently found there are now no fewer than 1,500 communications staffers on the governing payroll. In the days of the King and St. Laurent governments, there were hardly any. In recent decades, the numbers shot up, but Mr. Harper is outdoing all others, a primary example being his institution and maintenance of a master control system wherein virtually every government communication is filtered through central command.

In his minority governments, the rationale was that tight controls were necessary for survival. With a majority, it was thought that the controls that brought on parliamentary shutdowns and contempt of Parliament rulings would ease up. Those who thought that way didn't know Stephen Harper.

In recent weeks, the government has invoked closure or time limits on debate at a record-breaking clip. The limits have come on key legislation, driving the combustible New Democrat Pat Martin to proclaim, "There's not a democracy in the world that would tolerate this jackboot [expletive]"

On the propaganda ledger, Immigration Minister Jason Kenney put on a show in committee last week. In what may have been a first, his spinners set up a billboard behind him replete with bright Conservative blue colours and flags. Everything except a marching band.

In the message-massaging department, news has arrived that the government is imposing new communications controls on the RCMP. The same is being done with the Defence Department. Secrecy surrounds the government's plans to spend a whopping $477-million on a U.S. military satellite.

State surveillance, the rationale being security, is being taken to new levels. The Conservatives are bringing in legislation that will compel Internet service-providers to disclose customer information. A Canada-U.S. agreement is on the way that will contain an entry-exit system that will track everyone.

In Parliament, more and more ministers are showing up for Question Period with prewritten answers. If the scripted stuff is far afield of the questions posed, it doesn't matter. In our shining democracy, they use it anyway.

Research that contradicts the government line is discarded. Civil liberties fade, new jails proliferate. Those who speak out better watch out. When the NDP's Megan Leslie stated an opposing view on the Keystone XL Pipeline, she was accused by the government of treachery.

In that conservatives cherish freedom, it's rather strange. For a book on the government, Harperland, I chose the subtitle The Politics of Control. I now plead guilty to understatement. With their populist nationalism and drive for domination, these guys are everywhere, even on our football fields.

Opinion
A three-peat for prorogation? Bring on reform
November 28, 2011 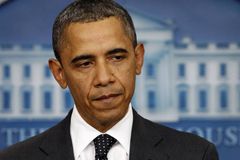 Tories take over as party of Big Government
November 23, 2011