It is enough to cast a bit of a surreal haze over the sunny new ways in the nation's capital.

Staffing of the government elected over a month ago has moved at a glacial pace; as Ottawa crawls with aspiring aides optimistically working the social circuit, many ministers do not have a single political employee.

To the extent that the Prime Minister's Office has taken shape, settling into any sort of rhythm has been made impossible by Justin Trudeau, his chief-of-staff and others spending much of the time since his swearing-in halfway around the world at international summits.

And amid all this, Mr. Trudeau's Liberals continue to insist publicly that they can deliver the most ambitious implementation of a campaign commitment by any incoming federal government in memory: welcoming 25,000 Syrian refugees before the end of 2015.

Some files can be handled with relative ease by a political skeleton crew, leaning on the public service where necessary. Finance Minister Bill Morneau's economic update on Friday is an example. So was quickly making good on the promise to restore the mandatory long-form census. Crafting the Speech from the Throne should not require more than a few capable people.

Planning and managing the rapid screening, processing and transfer of 25,000 people from refugee camps at a time the public holds considerable (if largely dubious) fears about threats to national security is not one of those files.

When the Liberals took office, civil servants told them that meeting the end-of-year target would be impossible. Civil servants are prone to over-manage expectations, and it is often wise for their political masters to push back. But that involves taking some ownership of the files themselves, and the Liberals really are not well-positioned to do that.

Immigration Minister John McCallum is among those cabinet members with little or no political staff. The same goes for Defence Minister Harjit Sajjan, Public Safety Minister Ralph Goodale and Health Minister Jane Philpott, whose departments have key roles to play. The PMO is not yet set up to provide direction the way it usually would. So it falls to the skeptical bureaucrats to take a bigger role, with leadership also apparently to come from the armed forces.

In private conversations this week, senior Liberals sounded a little less hell-bent on meeting the deadline than they have for public consumption. Some allowed that the government probably would not be judged all that harshly if it took a couple of extra months to get to 25,000.

That they have nevertheless refused to this point to take "no" (or at least "slightly later") for an answer on what was a fairly arbitrary number and time aimed at differentiating themselves from the Conservative government appears to owe to several considerations.

One is a view that the machinery of government responds better to an ambitious and ostensibly hard deadline than a more modest one. This logic holds that quickly acquiescing to aiming for spring would have caused the wheels to turn so slowly that 25,000 would have been achieved only next fall.

Rather than an excuse to slow down, the terrorist attacks in Paris may be an incentive for the Liberals to stay firm, to avoid lending credence to ugly anti-refugee posturing from politicians south of the border and a milder note of caution from Saskatchewan Premier Brad Wall.

And as evidenced by his rush after being sworn in to implement a few campaign promises that could quickly be turned around, and refusal to reconsider ending Canadian participation in air strikes against Islamic State, Mr. Trudeau is clearly fixated on building credibility as the sort of politician who does what he campaigned on. After having to overcome the perception that he was not ready for the top job, the last thing he wants to do is look weak, or easily pushed around by the likes of Mr. Wall.

But with every day they dig in, the risk grows. If anything goes wrong, the fallout could undermine both Mr. Trudeau's humanitarian goals and his leadership credibility.

It is an enormous amount of pressure for a government to put on itself, at a time it is not entirely clear who behind the scenes is absorbing it.

Why Trudeau's Liberals could struggle to keep their organizational edge
March 22, 2018 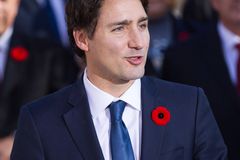 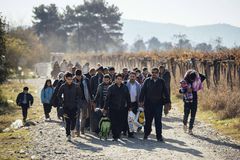 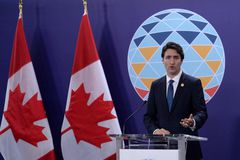