The Canadian military is defending its record in the Iraq air combat mission where after nearly 50 days of operations this country's CF-18 fighters have bombed Islamic State targets just nine times.

Colonel Daniel Constable says Canadians should look at the overall results achieved by the U.S.-led coalition attacking the militants and making it easier for local Iraqi forces to beat back the jihadists. The extremist group is also known as the Islamic State of Iraq and the Levant (ISIL).

"ISIL is showing signs that it is overextended and is struggling to regain momentum," Col. Constable said.

He cited recent media reports that Islamic State fighters "executed some of their own members who allegedly left the battlefield or collaborated with Iraqi forces."

"They're stopped, they're contained," he said.

He said while Islamic State forces assets are growing harder to find, there are still plenty available, noting that 20 targets were struck in recent days by coalition aircraft.

Another reason for the low number of strikes is the care that coalition and Canadian officials are taking to avoid civilian casualties and minimize collateral damage.

A senior military officer, speaking on condition of anonymity, explained that targets are assigned to coalition planes from the Combined Air Operations in Qatar about 72 hours in advance.

The coalition conducts a "weaponeering process" to determine the best way to strike a target – type of bomb and fuse – and how to minimize "collateral damage" arising from a strike.

The target assignment "package" is then handed to a Canadian officer at the Coalition Air Operations Centre, known as the "Red card holder" who decides whether to proceed.

He or she is authorized to make decisions up to a specific level of estimated "collateral damage," meaning incidental destruction to property in the area and projected deaths of combatants.

(The same senior Canadian military officer says under no circumstances would Canada accept an assigned target that predicted civilian, or non-combatant, casualties.)

The "Red card holder" can reject or accept the assigned target on behalf of Canada.

If the estimated level of collateral damage exceeds the officer's authority, the decision is moved up the Canadian military chain to Ottawa and Lieutenant-General Jonathan Vance, Commander of Canadian Joint Operations, who is also able to render judgment on targets.

If the level of damage exceeds Gen. Vance's authorized limit, then the decision on the assigned target is sent up to General Tom Lawson, Chief of the Defence Staff.

In Thursday's briefing, Col. Constable was asked why Canada has only conducted nine air strikes since the start of the mission in late October while in recent days coalition planes as a group made dozens of air strikes.

"I don't think we can view the air strikes and the mission through just our national lens," the senior military officer said. "It's a coalition effort."

He noted that two Canadian military surveillance planes have also performed important work in acquiring information for targeting and this country's Polaris refuelling aircraft is also supplying jets across the coalition.

A New York Times article published December 15 said that American fighter jets are returning with bombs intact on three out of four sorties because of a lack of approved targets.

Foreign Affairs Minister John Baird raised the notion that Canada may run out of targets to attack by the time the authorized six-month period for the Iraq combat mission draws to an end in April.

Col. Constable said Islamic State targets are not as easy to spot as they were back in the summer when the jihadists were moving tanks and large pieces of artillery and weapons systems across Iraq.

"As they change their tactics because of the air strikes … they are harder to find," he said.

In their most recent air strike, Canadian CF-18s bombed an Islamic State fighting position 100 kilometres from Mosul in northern Iraq on Wednesday.

The jihadists had "erected defensive fighting positions and safe havens, places where they can engage from," Col. Constable said.

"And so at the request of the Iraqi forces, we were tasked with taking those fighting positions out."

To date, Canadian fighters in the air campaign have flown more than 200 sorties. The Polaris refuelling tanker has flown 130 sorties to supply coalition planes and Aurora surveillance aircraft have delivered more than 1.9 million litres of fuel to both Canadian and coalition aircraft. 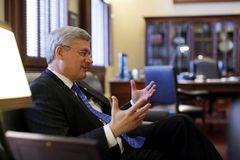