Thousands rallied on the Mall in Washington, D.C., demanding President Barack Obama say "no" to the controversial Keystone XL pipeline and keep his promises to take action against climate change caused by man-made greenhouse-gas emissions.

Organizers officially said 35,000 or more braved a cold, windy February afternoon for the protest, but turnout seemed significantly smaller. Even some of the protesters who had journeyed cross-country for the widely promoted Forward on Climate rally, voiced disappointment at the numbers.

No matter the size of the rally, Sunday's protest clearly established that potent political forces are in play on both sides of the Keystone decision. For environmentalists especially, Keystone has become a symbol; it's not just another "old" energy project, it's a test of the President's promises to take serious steps on climate change.

"I wouldn't read too much into the numbers," at the rally, said David Biette, director of the Canada Institute at the Woodrow Wilson International Center, a leading think tank. But he sees little room for compromise.

"The environmentalists have drawn a line in the sand," on Keystone, the pipeline that will funnel carbon-laden Alberta oil sands across the United States to Gulf oil refineries.

A "No" on Keystone will signal Mr. Obama is willing to take significant political risks for progress on climate change.

A "Yes" will dismay the entire environmental movement, reaching far beyond the pipeline.

Until now, the President has deftly balanced competing pressures by permitting oil and gas drilling even as he cut vehicle emissions and promoted the boom in natural gas from shale. But the Keystone decision – ultimately made in the Oval Office – defies compromise.

Police don't issue official crowd estimates because they are often disputed. However, a pair of officers with experience at big rallies on the Mall suggested the turnout was in the "thousands, perhaps ten."

"Fantastic for a cold day" said Howie Chong, president of the Sierra Club of Canada. "The coalition we are building is really impressive."

But a senior official with one of the organizing groups behind Sunday's rally acknowledged privately that more had promised to attend than actually arrived.

Daniel Kessler, a spokesman for 350.org, one of the main organizing groups, hotly disputed low estimates. He said actual turnout was even greater than the 35,000 estimate "as many people later joined the march." But long lines of portable toilets were mostly unused, some protesters left early and a straggling column marched on the White House two hours into the rally.

"No matter how discouraging the turnout, it's important to be here and be heard," said Jim Plunkett, 66, from Portland, Ore., who drove across the country with his wife to decry the Keystone pipeline. "We came a long way to do this."

Paul Frazer, a Washington-based consultant and adviser on Canada-U.S. relations who has tracked the long and difficult effort to win approval for Keystone, said the rally will be taken seriously as evidence of growing concern on the issue, no matter what the turnout. "The President and his advisers will respect the fact that a lot of good people turned out to advocate on climate change," he said. However, he added, "I don't think it will overly influence the administration's decision."

In Ottawa, Christopher McCluskey, a spokesman for Natural Resources Minister Joe Oliver, said the Harper government hopes the Obama administration does "the right thing" and approves the pipeline. "Regardless of the outcome, we will continue our efforts to open new markets for our energy exports, including pipelines to the east and west coasts," he added.

As the debate heats up south of the border, the Canadian government has become increasingly testy over the issue. Ottawa says it doesn't have any lessons to learn from the U.S. on climate change – a defiant response to a recent suggestion by U.S. Ambassador to Canada David Jacobson that Canadian progress on curbing greenhouse-gas emissions might sway Americans on the oil sands.

Foreign Affairs Minister John Baird said Sunday that Canada is on a course to "meet or exceed" U.S. climate-change efforts, highlighted by a commitment to get out of the "dirty coal" business entirely.

"Maybe the United States could join Canada on that file," Mr. Baird told The Canadian Press.

Officials at TransCanada Corp., which would own and operate the pipeline, are also closely watching the U.S. anti-Keystone protests.

Company spokesman Shawn Howard said environmentalists should focus their efforts on energy efficiency rather than vilifying the pipeline.

"If you shut down the oil sands completely, you would do absolutely nothing," Mr. Howards insisted. "If these activists focused their fundraising capabilities and their energies towards helping advance new technologies that will result in cleaner emissions coming out of vehicles, increased energy efficiency, those kinds of things, that's where you make the real impact."

The pipeline itself would produce virtually no emissions, while the oil sands represent a minute share of global greenhouse-gas emissions, he said.

Sunday on the Mall, where placards and chants vilified Keystone and a succession of speakers said stopping the project was a top priority, at least some on hand voiced doubts about the President's new-found enthusiasm for action on climate change.

The President "can't do a thing without being pushed and so we are here to push" said Janine Brunell-Looker, from Newbury, Mass.

"It's the only way we can help him help us," said the mother of three, adding she wasn't too optimistic that Mr. Obama would deliver any more on climate change in his second term than in his first. 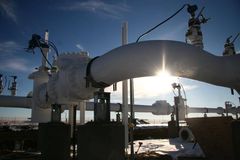 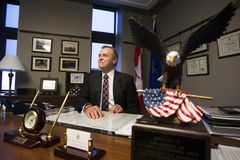 Follow Paul Koring, Barrie McKenna and Carrie Tait on Twitter @PaulKoring @barriemckenna @CarrieTait
Report an error Editorial code of conduct
Due to technical reasons, we have temporarily removed commenting from our articles. We hope to have this fixed soon. Thank you for your patience. If you are looking to give feedback on our new site, please send it along to feedback@globeandmail.com. If you want to write a letter to the editor, please forward to letters@globeandmail.com.
Comments