An American research centre says Canada's boreal forest provides hundreds of billions of dollars of value every year, mostly by sucking up greenhouse gas emissions, and its preservation must become a global priority.

The Pew Environment Group released a report Wednesday called Canada's Boreal Forest, The World's Waterkeeper, which relies on the calculations of a major environmental lobby group to suggest the forest provides about $700-billion in "services" to the world every year.

While the authors say Canada is doing much to protect the vast boreal wilderness that contains 25 per cent of the world's wetlands, they argue that greater controls should be slapped on development in the forested region - specifically oil and gas extraction, logging, mining and hydroelectric projects.

The area remains largely pristine, a fact that is attributable to its relative inaccessibility. But, as resources elsewhere grow scarce, the footprint of those industries will expand. The Pew Group argues that the importance of the forest to the world's ecosystem justifies greater restrictions on that expansion.

How big is Canada's boreal forest?

The boreal forest of Canada stretches across the top of Quebec, Ontario, Manitoba and Northern Canada and covers 60 per cent of the land mass of the country.

It holds half of the world's lakes larger than a square kilometre in size, five of the world's 50 largest rivers, 81 million hectares of surface water and the world's biggest remaining unpolluted body of fresh water - Great Bear Lake.

How does the boreal forest provide about $700-billion in services?

The Pembina Institute, an environmental policy organization, conducted an analysis in 2009 that arrived at this figure, which has been adopted by the Pew Environment Group in its report released Wednesday.

Some of that value is provided by the forests themselves - including, among many other things, nearly $180-billion for the annual amortized value of carbon storage, $5.4-billion for natural pest-control provided by birds, $575-million in subsistence value for aboriginal peoples and $18.3-million in watershed services such as municipal water use.

Some of that value is provided by the wetlands and peatlands, including $401-billion for the annual amortized value of stored carbon and more than $110-billion for flood control, water filtering and biodiversity promotion.

The Pembina Institute added those "non-market" values to "market values," including the values of the forest, mining, fossil fuel and hydroelectric industries, subtracted the "regrettable costs," including pollution, carbon emissions and government subsidies, and arrived at $703.2-billion.

What does the Pew Environment Group report recommend?

Primarily, it says all public land-use policies and management plans should protect at least 50 per cent of Canada's boreal forest from industrial activity and require "state-of-the-art sustainability practices" on the remaining areas. In addition, it says:

» Mining legislation must be reformed to require aboriginal consultation and improve habitat protection and water quality.

» New hydroelectric facilities should not be approved unless it can be proved there will be minimal impact on ecosystems and there has been a comprehensive environmental review.

» The Mackenzie Basin Agreement, which links land-use policies in several provinces and territories aimed at preserving the watershed, should be fully implemented.

Why is an American research group telling Canadians what to do with their forests?

The Pew Research Group says it is actually applauding Canadian efforts to protect the boreal forest in this country. But it argues that more must be done.

Peter Raven, the chair of earth and life science at the U.S. National Research Council, said the world must be seen as an interconnected ecosystem that is managed globally, much like world economies are connected and managed globally.

"It's estimated that human beings are currently using 55 per cent of the world's supplies of fresh water," Dr. Raven said, "and, therefore, what there is in Canada shows up as a precious resource and one that's been little commented on."

Honeybee colonies are collapsing, but not all hope is lost
March 10, 2011
new
Climate change to have greatest impact on those least responsible: study
March 6, 2011 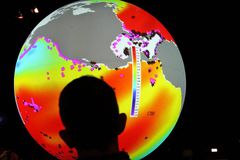 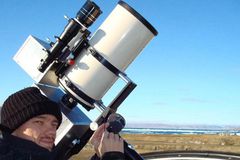