A leading U.S. watchdog on China is warning that the $1.45-billion takeover of Canadian construction giant Aecon Group Inc. by a Chinese state-owned firm will likely prevent the company from bidding on American infrastructure projects.

Michael Wessel, a member of a U.S. congressional trade oversight body, told The Globe and Mail that China Communications Construction Co. Ltd, which is 63-per-cent owned by the Chinese government, would raise major red flags in Washington.

"As the Trump administration and Congress have stated their desire to dramatically increase investments in U.S. infrastructure, firms such as Aecon, with potential Chinese state ownership, may find their access to those funds severely limited, if not blocked completely," Mr. Wessel said.

For subscribers: Beyond Aecon: China's shifting view of global investment

Mr. Wessel is a commissioner of the U.S.-China Economic and Security Review Commission whose mandate is to monitor, investigate and submit to Congress an annual report on the national-security implications of the bilateral trade and economic relationship between the United States and the People's Republic of China.

While Mr. Wessel said he was speaking for himself, he argued that Congress and the Trump administration would have serious national-security issues with the Chinese takeover.

Among those concerns is the fact that the Beijing-based buyer has helped the Chinese regime assert sovereignty over the disputed South China Sea by building islands and until recently was barred from bidding on World Bank projects because of fraudulent practices.

The World Bank banned China Communications Construction Co. (CCCI) and all subsidiaries from bidding on its projects from 2009 to early 2017 after a firm it had purchased was found to have engaged in bid-rigging and collusion in a massive road project in the Philippines.

"The purchase of Aecon by a Chinese state-owned firm may limit its ability to access U.S. public procurement funds for critical infrastructure projects. In addition, the parent company has been barred from bidding on World Bank projects because of fraudulent practices," Mr. Wessel said. "That may further impede the ability of the newly acquired firm to bid on other projects until the cloud of dishonesty fully clears."

The Trump administration has been hawkish on trade with China, and Republican Senator Marco Rubio recently proposed legislation in April to sanction any firms involved in building the artificial South China Sea islands that President Xi Jinping is using to bolster territorial claims in the region.

The Aecon acquisition would advance China's national interest in key areas of the Canadian economy since the construction firm's work includes projects for the Canadian military, university research facilities, Ontario's Darlington nuclear facilities and the Halifax shipyard, where Canada is building new destroyers for the Royal Canadian Navy.

A spokesman for the Chinese embassy said Canadians have nothing to worry about. "The acquisition of Aecon Group Inc. by CCCI is purely a commercial activity," the spokesman said in a statement. The Chinese embassy declined to comment on whether Canada should conduct a formal national-security review, saying that amounts to "internal affairs."

The embassy said there are numerous examples of Canadian companies acquired by Chinese firms that have gone on to prosper. "They have not only ceased to lose and begun to turn out a profit, increased employment, but also entered a broader platform for development," the embassy said.

The Chinese government admonished Canadian journalists for coverage of Chinese takeovers, saying it hoped "the Canadian media would pay more attention to the positive outcomes of China-Canada co-operation and show the public the real picture of bilateral pragmatic co-operation.

On Friday, Prime Minister Justin Trudeau indicated that the transaction would undergo an Investment Canada Act review to determine if it is of net benefit to Canada.

"In the case of this Aecon proposed purchase, certainly the Investment Canada Act will be applied in full and we will look very, very carefully at security issues, at economic impacts, at whether or not this is truly in the national interest," Mr. Trudeau told reporters.

A more-thorough national-security review, if approved by cabinet, would assess the potential impact on Canada's defence capabilities and economic interests and investigate the impact on transfers of proprietary technology outside Canada. Such a review would certainly have to examine the potential of whether the takeover would result in sanctions from the U.S. government or being blocked from bidding on infrastructure contracts that relate to the United States.

Any decision to hold a full national-security review, as opposed to a security assessment, would annoy Beijing as Canada appears set to embark on free-trade talks with China.

China's ambassador to Canada, Lu Shaye, has complained that national-security reviews of Chinese takeovers amount to trade protectionism even though Beijing bans foreign acquisitions in sensitive sectors of its economy.

The Trudeau government, which is keen to pursue free trade with China as a counterweight to the troubled talks on the North American free-trade agreement, has approved several important Chinese takeovers of Canadian technology firms without a national-security review.

This year, Ottawa approved the purchase of a Chinese takeover of a Montreal high-tech firm, a transaction that had been blocked by the former Conservative government on the grounds that it would provide military-edge technology to China. The Trudeau cabinet also approved a Chinese company's takeover of B.C.based Norsat International, a satellite firm that does business with the U.S. and Canadian militaries. That decision led the Pentagon to review all contracts with Norsat.

In February, Ottawa allowed the sale of one of British Columbia's biggest retirement-home chains to a Beijing-based insurance titan with a murky ownership structure in a deal that gave China a toehold in Canada's health sector. 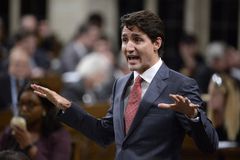 Opinion
Aecon takeover is no place to make a stand on Chinese investment Subscriber content
October 29, 2017 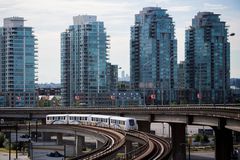