A veteran who was forced to wait more than six months for his first pension cheque is the lead plaintiff in a proposed class-action lawsuit that accuses the federal government of breaching its obligations to former soldiers, sailors and aviators by being slow to deliver their retirement benefits.

Although retiring military members are told it can take eight to 12 weeks after they have been discharged for their first cheque to arrive, thousands of veterans over the past decade have waited months and sometimes years for the money. The military is taking steps to rectify the situation, but the delays persist.

Among those who endured the wait was Doug Jost, a former lieutenant who spent 25 years in the navy, some of them with the reserves and some with the regular force. Mr. Jost found himself on the verge of bankruptcy after he retired on July 1, 2015, and had to wait until Jan. 20, 2016, for any money from his pension.

Now, Mr. Jost and his lawyers are inviting other veterans who were in the same situation to join the suit against the federal government, which says Canada "engaged in chronic, excessive and unreasonable delay" in paying pensions to its discharged members. Although the problem has been particularly acute for reservists, members of the regular force have also waited long periods for their retirement income.

The first pension cheques for other federal employees usually arrive within 45 days after they retire, but that has not happened for ex-military personnel, Mr. Jost said. "Ultimately, it is the issue of fairness," he said.

A spokesman for the Canadian Forces said the military is aware of the lawsuit but, "given the ongoing nature of legal proceedings, we cannot comment further."

An auditor-general's report of 2011 examined the Reserve Force Pension Plan, which was introduced four years earlier, and found that it had been implemented without adequate planning. That created significant backlogs, the auditor said.

Senior military officials told The Globe and Mail in January of last year that the situation was exacerbated by outdated human-resources computers and processes at National Defence.

The job of processing the military pensions has since been transferred to the Public Works department, and a new defence policy introduced in June says all of the administrative work to get the cheques rolling must be completed before a member is discharged. The policy also calls for the creation of a personnel administrative branch made up of experts in military human resources, and for a new Canadian Armed Forces transition group to be headed by a general.

The statement of claim filed in Federal Court by Mr. Jost and his lawyers says Canada has not properly compensated all of the veterans who experienced pension delays.

Former members of the Canadian Armed Forces who waited long periods for their money have faced personal and financial crisis, the statement of claim says. "Discharged members are humiliated," it says, "and are not permitted to transition to civilian life with dignity."

The suit accuses the government of breaching its fiduciary duty to veterans by failing to rectify the delays when they became known and by providing incorrect information to vets about how much they were owed. In Mr. Jost's case, the military told him while he was still working that he would get $859,980 if he took his pension as a lump sum, but that was reduced, without explanation, to $703,180 months after his retirement.

The claim also says the government was negligent in failing to take care of the former service members' financial, physical and mental well-being, and that it breached the contract it had with military personnel to provide a pension upon discharge.

The suit asks for interest on money that was delayed and other costs as well as compensation for pain and suffering. Mr. Jost's lawyer, Jody Brown of Koskie Minsky LLP, said more information will be needed from the government to calculate the total amount of the damages.

"These are retired veterans who are owed money," Mr. Brown said. "It doesn't matter that they are doing a better job at processing pensions now. They didn't serve the past veterans appropriately."

Despite progress in federal budget, lifetime pensions in flux for veterans
March 24, 2017
‘I was a good soldier’: A veteran fights to get his disability recognized
May 1, 2017 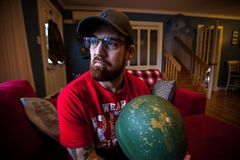 Canadian Forces curb use of mefloquine, but study findings anger veterans
June 1, 2017
Follow Gloria Galloway on Twitter @glorgal
Report an error Editorial code of conduct
Due to technical reasons, we have temporarily removed commenting from our articles. We hope to have this fixed soon. Thank you for your patience. If you are looking to give feedback on our new site, please send it along to feedback@globeandmail.com. If you want to write a letter to the editor, please forward to letters@globeandmail.com.
Comments