They once referred to her as "the little woman" and suggested the post traumatic stress she'd suffered as a peacekeeper in the Bosnia war meant she couldn't handle the rigours of service.

"It was so patronizing, it was unreal," Rhoni Speed of Ottawa said of her 2008 appearance before a panel of the Veterans Review and Appeal Board, the independent agency where ex-soldiers turn to fight for benefits.

The word "respect" repeatedly bounced off the walls in the House of Commons on Monday as MPs debated an opposition motion to halt possible cuts at Veterans Affairs Canada.

But Ms. Speed said there's not much respect when the doors of the hearing room are closed.

She related her 1990s experience as a reservist intelligence photographer in the war-torn Medak region, where Canadian troops fought a violent battle with Croatian forces and uncovered a massacre of Serbian civilians. There was little appreciation, however, from the two civilians who sat in judgment of her claim.

"The whole feeling throughout was I was a little woman and I couldn't deal with life," said Ms. Speed, who finally was granted a disability benefit in 2010 after several appeals. "It was easier in Bosnia than it was here."

It wasn't the seemingly endless bureaucratic process that got her down as much as it was the snide, often disrespectful comments that rained down from a board that was supposed to provide an impartial but sympathetic hearing.

It's a complaint heard over and over from ex-soldiers, many of whom loathe the quasi-judicial agency which they've described as a dumping ground for appointed, partisan hacks.

Liam Stackwood, a former master corporal, military police officer and amateur body-builder from Comox, B.C., was once told by one adjudicator that "if he wasn't so fat" he wouldn't have back problems. That was despite the fact he was injured on a mission in the Golan Heights.

Veterans advocate Murray Scott said he was recently accused by an adjudicator of forging a doctor's certificate. When it was proven the document was authentic, the qualifications of his physician were questioned.

Frustration boiled over into rage for one Afghanistan veteran last December, who burst in on a hearing for another individual in Edmonton and attempted to spray board members with lighter fluid. The unidentified man was arrested and his case is pending.

Danielle Gauthier, a spokeswoman for the review board, acknowledged in a carefully-worded written statement that a "security incident" had taken place, but refused to discuss the details.

Current and ex-members of the appointed board, who asked that their names not be used, said questioning of claimants sometimes can be tough and clearly stressful. But they blamed both Veterans Affairs and National Defence for sloppy paper trails that make decisions tough to call.

A request to interview board chair John Larlee was turned down.

Ms. Gauthier's written statement denied that veterans are being ill-treated.

"Members make every effort to welcome those appearing before them, to put them at ease, and to thank them for their service to Canada," said the board spokeswoman. "They are courteous and attentive and explain that any questions they ask during the hearing are to help them better understand the veteran's application."

She said privacy legislation prevented her from discussing specific cases and suggested the agency has a zero tolerance for abuse.

"I can assure you that the board is committed to treating veterans and their families with respect, dignity, fairness and courtesy. Any show of disrespect is unacceptable to us."

The board dealt with six complaints of disrespectful behaviour last year out of 3,600 review hearings, said Ms. Gauthier. Two complaints have been registered in the current year.

An advocate for ex-soldiers, Mike Blais, said he's fielded hundreds of calls and emails from disgruntled veterans in the last year, many of whom either didn't know they could complain or were afraid to open their mouths on the chance they'd jeopardize their case.

"We speak of disrespect, it starts on an individual level where people are personally slighted, but it's a far greater magnitude than that," said Ms. Blais, of Canadian Veterans Advocacy, who's from Niagara Falls, Ont. "It's an attitude that is pervasive at the highest levels of the VRAB."

Current board member Harold Leduc, who claims to have been a victim of a smear campaign after his diagnosis of post traumatic stress was made the subject of gossip among his colleagues, revealed last month that agency staff members referred to adjudicators who often sided with veterans as "Santa Claus."

Ms. Leduc said he was the target of harassment because his decisions often favoured veterans.

A spokeswoman for Veterans Affairs Minister Steven Blaney said the board is expected to show manners.

"The Veterans Review and Appeal Board is an arms-length, quasi-judicial organization comprised of qualified individuals," Codie Taylor said in a written statement. "Minister Blaney expects departmental officials and board members to treat veterans and their families with the respect they deserve."

As part of an agreement to settle a human rights harassment complaint with Ms. Leduc in 2010, the agency agreed to conduct sensitivity training for members and staff.

The sessions took place in October and November 2010, according to a letter from the board chair obtained by The Canadian Press.

Soldiers from Canadian Forces Gagetown, N.B., lectured the staff on the difficult transition soldiers face after being wounded and perhaps discharged, Ms. Gauthier acknowledged in her written statement.

She said it was one of a series of presentations and courses meant to help members "understand and appreciate the people they serve."

In the aftermath of the Leduc case, federal bureaucrats also printed bilingual wallet cards for members containing the Veterans Bill of Rights, and fussed about where to "prominently" display the charter for the benefit of those served by the board. 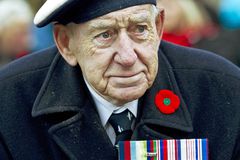 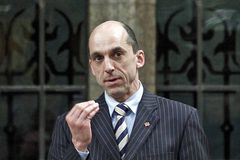 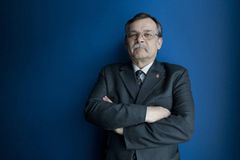