The volatility of the Quebec vote is offering Canada's main political parties something rarely seen during a federal election campaign: most of the province's votes are up for grabs by multiple parties.

Quebecers usually vote in blocs – or "waves," as they are commonly called – as the NDP, led by the charismatic Jack Layton, found out in 2011 when they rode one to a stunning 59 out of 75 seats.

This time around, however, consistent polling indicates the NDP, Liberals, Conservatives and maybe even the Bloc Quebecois have a strong chance of sharing the province's spoils after the Oct. 19.

"What's clear is that Quebec is going to be a box of surprises," said Eric Montigny, political science professor at Laval University in Quebec City.

The Liberals are strong around the Montreal area – which offers roughly 30 seats – and the Bloc and the NDP are fighting for votes in Quebec's regions.

The volatility in Quebec is particularly present around the provincial capital, where the NDP is defending against a Conservative party that wants the historic city's seats back to compensate for expected losses in other parts of the country, notably in Ontario, Montigny said.

Quebec City is somewhat of an anomaly in Quebec, a metropolis with a larger-than-average contingent of military families, citizens with higher salaries than the Quebec average, and an unemployment rate under 5 per cent – the envy of most of the country.

All are reasons why Quebec City voters gravitate to the Conservative party's message of low taxes, national security, and efficient management of the state bureaucracy, Montigny said.

Canadian Forces Base Valcartier is just north of Quebec City "so issues tied to security and national defence are important," he added.

But the volatility in the region is also due to a major campaign issue that has so far not lacked media coverage: the question of whether women should be allowed to wear face veils during citizenship ceremonies.

The Conservatives and the Bloc say no; the NDP and the Liberals say yes. Polls suggest that position has been damaging to the New Democrats in particular.

Irwin Cotler, the outgoing Montreal MP who has been a Liberal for 16 years, said his party's leader, Justin Trudeau, has been "sheltered" somewhat from the niqab controversy because his votes are concentrated around Montreal.

"Around the urban areas of Montreal I think (the niqab) issue plays less well (than in the regions)," Cotler said.

Serge Cadieux, of the province's largest labour federation, the FTQ, said the pull of the niqab issue has "re-routed" his group's anyone-but-Conservatives electoral strategy.

The FTQ is getting out the union vote in ridings with strong Conservative support and in favour of the candidate who's best positioned to beat his or her Tory rival, regardless of affiliation.

They targeted five ridings in Quebec City and in all five, the federation says NDP candidates had the best chance to beat Conservatives – and still do.

But the NDP's position on the niqab has made voters less interested in the FTQ's plan of attack, Cadieux said.

"The question of the niqab has been extremely damaging to the NDP's vote," he said. "We had to re-double our efforts. We had to have longer discussions with our members and we had to call back the ones we already convinced."

Daniel Caron, the NDP candidate in the Quebec City riding of Louis-Saint-Laurent – a riding on the FTQ's hit list – said he met with the labour federation around Labour Day, but said he hasn't really felt their presence on the campaign trail.

The city's conservative-populist radio shows are another story, he said.

"Deltell is on the air a lot," he said. "And many of the callers seem to favour certain (conservative) political ideas over others."

The Tory star, who left provincial politics to run federally, was tasked with rehabilitating the Conservatives' image in Quebec, Montigny said, and has a lot of pressure on him to deliver.

Deltell is an example of the big names the Tories recruited to run in Quebec, alongside popular mayor Alain Rayes and former journalist Pascale Dery, who are running in ridings southwest of Quebec City and both of whom have a good chance at winning.

And while a strong showing in Quebec City can help to relaunch the Tories in the province, the Liberals are also hoping this election will reinvigorate their party in Quebec, where vote-rich Montreal could triple their 2011 seat count of seven.

While the so-called Quebec "wave" might be less present this time around, Quebecers' penchant for supporting a candidate whose character they can relate to is still very much a factor, Cotler said.

In 2011, the NDP benefited from Layton's character, "his sense of decency," Cotler explained. This time around, he said, it will be the Liberals benefiting from Trudeau's personality.

"Trudeau's character, his openness, his honesty and sense of basic decency – we should not discard that (for Quebec voters)." 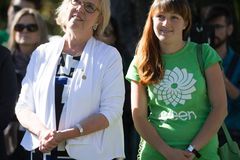 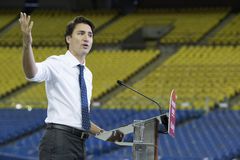 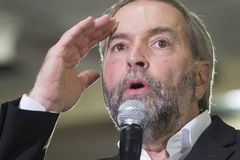