With a handful of polling stations still to come, Elections Canada reported Tuesday that 61.4 per cent of eligible voters cast their ballots, compared to the record low 58.8 per cent of turnout in October 2008.

And it is well below the more than 70 per cent of voters who turned out prior to the 1990s. The high water mark of 79.4 per cent came in 1958 when Progressive Conservative John Diefenbaker won his massive majority.

"I consider anything above 60 per cent to be a plus," said John Courtney, an expert on electoral democracy at the University of Saskatchewan.

He said he detected a heightened interest among young voters, many of them eligible to cast ballots for the first time, as they were spurred on by social media and celebrities like CBC's Rick Mercer.

Voting among Canadians 18 to 24 - which has historically fallen well below the average turnout - sagged to a low of 37.4 per cent in 2008.

It remains to be seen how engaged the youth vote really was - whether the YouTube hits, and Facebook groups and heightened conversation about politics actually translated into a significant increase in turnout at the polls.

That won't be known for several weeks, at least, until analysts have an opportunity to study the results, Mr. Courtney said.

The increase in turnout from the 2008 campaign came after many experts warned early in the campaign that the downward trend would continue. There were signs of voter fatigue with the fourth election in seven years, and Conservative Leader Stephen Harper blasted the opposition parties for precipitating an "unnecessary" trip to the polls at a time when the economic recovery was still struggling to take hold.

Elections Canada officials said there were signs of increased interest early on voting day. At one Ottawa polling station, voters lined up 20 deep in the rain waiting for the doors to open at 9:30 a.m. ET. Generally, though, traffic was steady, not spectacular.

Record turnout at the advanced polls over the Easter weekend indicated there might be some improvement but it was unclear whether that spike reflected a heightened interest in the race, or merely a continuation of a trend to more advance voting plus the opportunity afforded by the long weekend.

The stunning rise of the New Democratic Party under Jack Layton sparked broader interest in a campaign that had begun with many pundits suggesting little was likely to change from the previous Parliament, where the Conservatives ruled a minority government, the Liberals formed the official opposition, and the separatist Bloc Québécois could legitimately claim to be the voice of francophone Quebec.

In contrast to Mr. Harper and Liberal Leader Michael Ignatieff, Mr. Layton ran an upbeat campaign promising change that appeared to strike a chord with many weary voters. His historical breakthrough in Quebec and gains elsewhere in the country were presaged by rising poll numbers for the final two weeks of the campaign, providing a fresh narrative to Canada's political landscape.

Mr. Layton's surge appears to have benefited the Conservatives as much as the New Democrats, by siphoning votes from Liberals in ridings traditionally held by Mr. Ignatieff's party.

But it was the sense of change from the traditional choice - Conservative versus Liberal - and the embrace of a progressive federalist party in Quebec that transformed a sleepy electorate into an engaged one, said Alex Himelfarb, director of the Glendon School of Public and International Affairs at Toronto's York University.

"I can't tell you how many e-mails and BlackBerries I have got - people are really excited," Mr. Himelfarb said Monday night before the polls closed. "They're all over the map, but suddenly an election that was about nothing became about something big."

He added, however, that the new-found enthusiasm among many young voters is fragile. If the new Parliament merely resumes the partisan mudslinging and nothing really changes, they could become alienated again.

That cynicism is already apparent in the United States, where President Barack Obama - who rode to power on the promise of change - is being vilified by his progressive base because he has not accomplished enough.

Photos of election night joy and defeat
Gallery
May 2, 2011 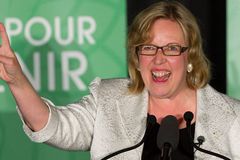 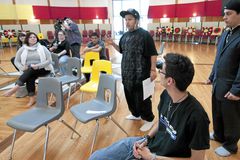 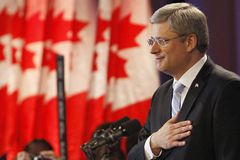 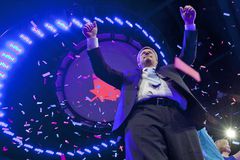 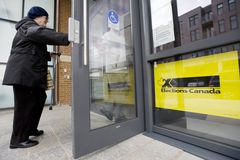 Voters expected to slightly reverse trend of declining turnout
May 2, 2011 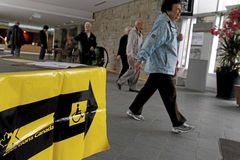 When satire shows go off the air, do Canadian voters tune out?
April 26, 2011 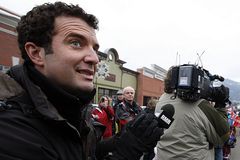 Do Canadians need to be sexually cajoled into voting?
April 26, 2011 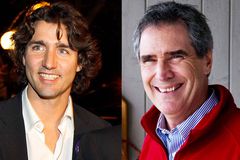 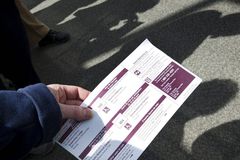 Mandatory voting cons: More voters doesn't mean increased awareness
April 25, 2011
Follow Shawn McCarthy on Twitter @smccarthy55
Report an error Editorial code of conduct
Due to technical reasons, we have temporarily removed commenting from our articles. We hope to have this fixed soon. Thank you for your patience. If you are looking to give feedback on our new site, please send it along to feedback@globeandmail.com. If you want to write a letter to the editor, please forward to letters@globeandmail.com.
Comments