Calgary Mayor Naheed Nenshi on Monday accused his Vancouver counterpart, Gregor Robertson, of fear-mongering over the latter's high-profile campaign to block an oil pipeline project that many in Alberta see as crucial to the province's economic well-being.

In an interview from Calgary, Mr. Nenshi challenged Mr. Robertson's statement in an interview with The Globe and Mail last week that the proposed expansion of Kinder Morgan's Trans Mountain line could put "hundreds of thousands of jobs at risk" in Vancouver and primarily benefit a "Texas oil empire."

"It's probably not helpful to scare people using numbers completely out of context or based on no facts at all," the Calgary mayor said. "I say let the regulator do its job. This kind of political interference is not in fact helpful."

The spat between the western mayors is the latest flare-up in a regional battle over proposed pipeline projects that would ensure more lucrative markets for oil sands products. Earlier this year, Montreal Mayor Denis Coderre got into a war of words with Albertans over the proposed Energy East pipeline, which would carry crude across Canada to a refinery and export terminal in Saint John.

Mr. Robertson is in Ottawa this week along with leaders from the Tsleil-Waututh, Musqueam and Squamish First Nations to lobby against the $6.8-billion expansion project, which would triple the amount of Alberta crude the pipeline can deliver to the west coast.

The city of Vancouver is also launching a campaign to persuade residents to contact their members of Parliament to voice their views, counting on an overwhelmingly negative message. Liberals won 15 of the 23 seats in the Lower Mainland in last fall's election.

The National Energy Board held an 18-month review of the project and concluded that it is in the national interest and that the probability of a spill from crude carriers or the pipeline is "very low." The board recommended cabinet approve it, subject to 157 conditions. Natural Resources Minister Jim Carr has extended consultations, appointing a three-person panel to hear from B.C. residents, but promises to make a decision by the end of the year.

The issue is a daunting political challenge for Prime Minister Justin Trudeau. Alberta's New Democratic Party Premier, Rachel Notley, is a federal ally on environmental issues. But she has campaigned for greater pipeline access to Canada's coast, arguing her landlocked province is being shortchanged because it cannot get world prices for its crude because its main market, the United States, is already well supplied.

However, Mr. Trudeau faces a determined coalition of environmentalists, First Nations leaders and mayors who oppose the pipeline projects on environmental grounds.

Mr. Robertson said on Friday that "a catastrophic oil spill would put hundreds of thousands of jobs at risk."

He also suggested his Vancouver counterpart was simply wrong to suggest Kinder Morgan, a Houston-based pipeline company, would be the prime beneficiary of the project.

"He may want to bone up on how the oil industry works," he said. "The companies that produce the oil – the largest of which are Canadian-owned or publicly traded on the markets – are the ones that make the money." And those revenues in turn create jobs in Alberta and across the country, and provide government revenue to maintain services, Mr. Nenshi added.

The Alberta government supported the Kinder Morgan application at the National Energy Board, but declined to comment directly on Monday on Mr. Robertson's opposition, saying it supports "careful discussion of the remaining issues on their economic and environmental merits."

Wildrose Party Leader Brian Jean called the Vancouver campaign a "kick in the gut" as Alberta begins to recover from the oil price collapse and the devastating fire that forced Fort McMurray residents – many of them oil sands employees – to leave their city for several weeks.

Conservative MP Candice Bergen said the regional battles over pipelines will be a key test for Mr. Trudeau. "It's going to be a test of this Liberal government, whether they are going to be able to shut out these loud, ideological voices and listen to the evidence when it comes to pipeline approvals."

Editor's note: A previous version of this story incorrectly said the federal Liberals won 15 of 16 ridings in the Lower Mainland in last fall's election. In fact, the party won 15 of the region's 23 ridings. 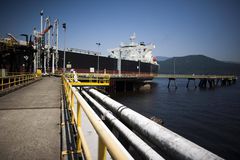 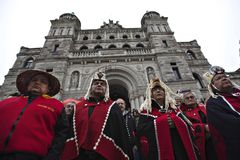