There are a host of differences between the leaders of Canada and Russia, but Stephen Harper and Vladimir Putin do have one thing in common: about 40 per cent of Canadians would describe both leaders as "secretive."

Polling firm Angus Reid Global surveyed more than 1,500 respondents and asked them to select up to six words from a predetermined list that they would use to describe various world leaders. Here are the most popular choices for each prime minister or president. 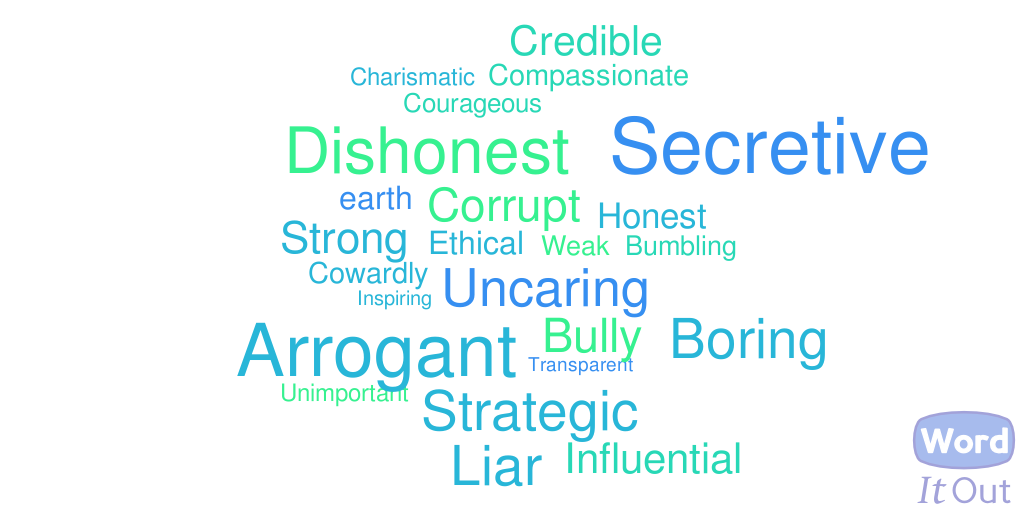 Canadians polled by Angus Reid were more likely to use negative words to describe Mr. Harper, with"secretive" the choice of 39 per cent, followed most frequently by"arrogant" (37 per cent),"dishonest" (31 per cent),"strategic" (26 per cent) and"boring" (26 per cent). 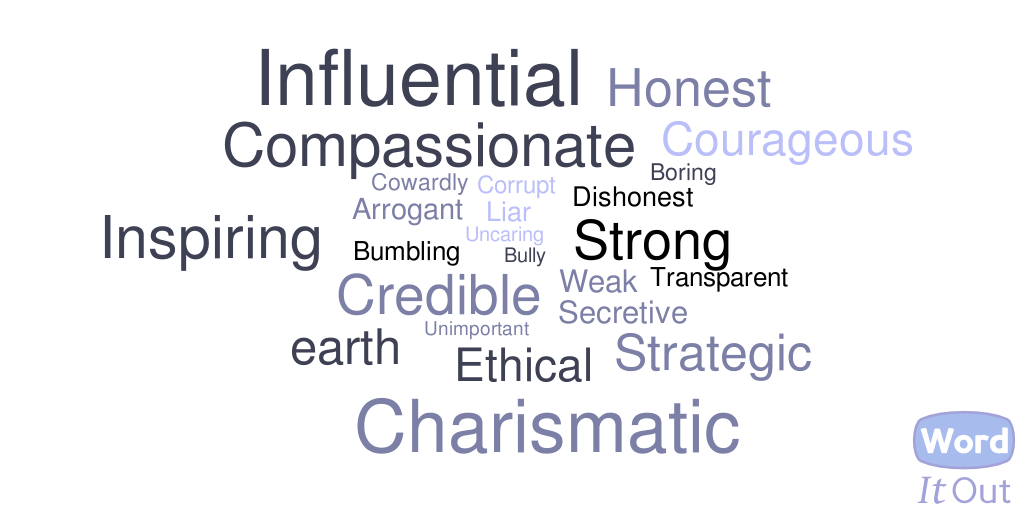 "The love story with [Mr. Obama] continues," Shachi Kurl, vice-president of Angus Reid Global, said. "Canadians hold him in higher esteem than their own prime minister."

(And in higher esteem than Americans, who elected him -- the U.S. President frequently polls better in Canada than he does back home.) 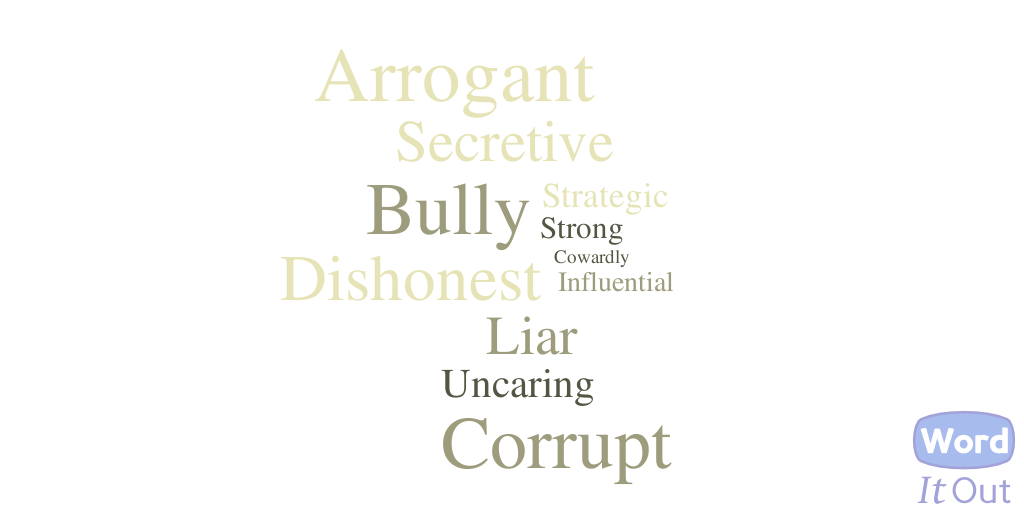 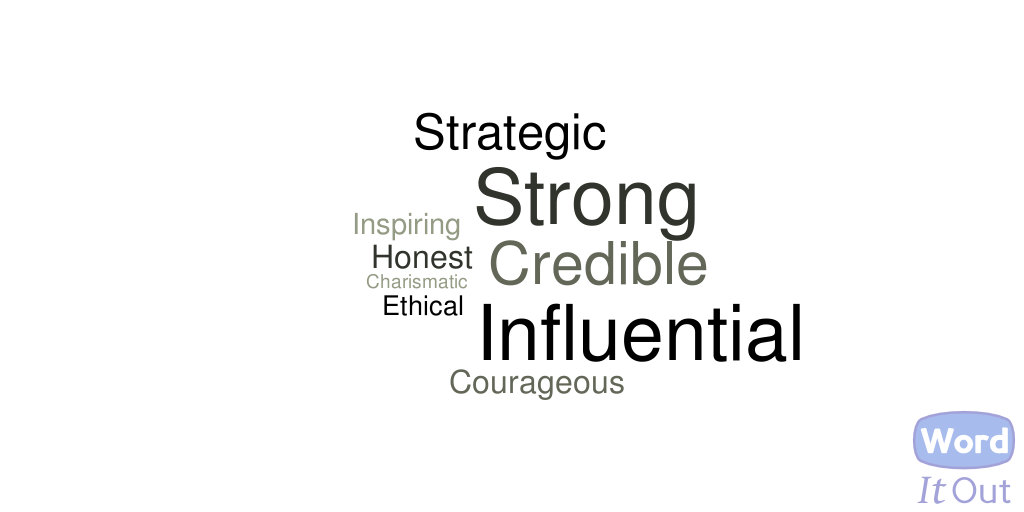 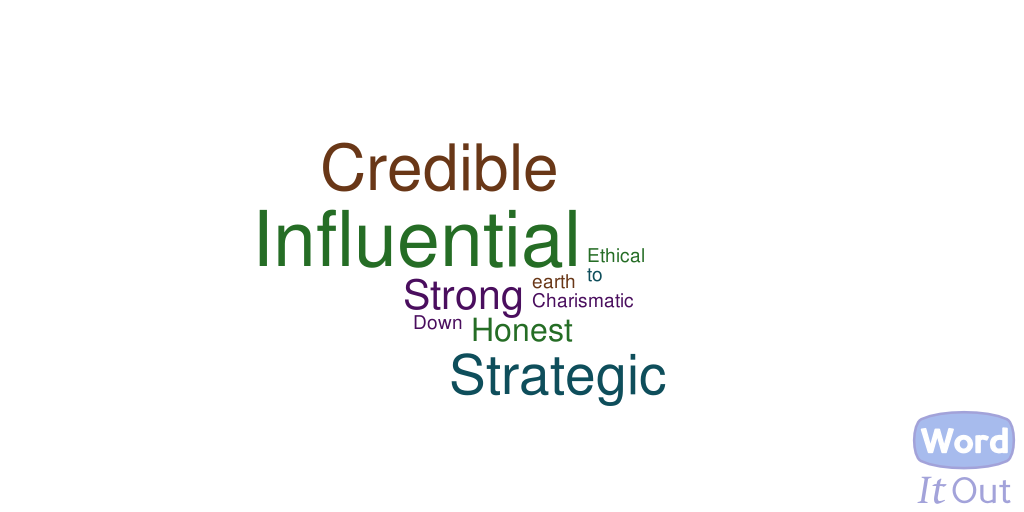 Mr. Cameron, who had the least name recognition among these five leaders, was described by respondents as"influential" (24 per cent),"credible" (21 per cent),"strategic" (19 per cent),"strong" (16 per cent) and"honest" (14 per cent). 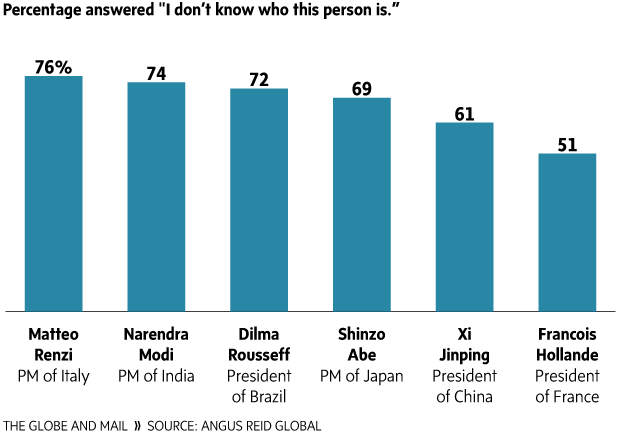 The 1,502 Canadians who were surveyed online by Angus Reid Global on July 22 and 23 couldn't identify all the world leaders they were asked about. Seventy-six per cent didn't know Matteo Renzi (the Prime Minister of Italy since February), followed by question marks around Narendra Modi (Indian Prime Minister since May), Dilma Rousseff (President of Brazil), Shinzo Abe (Prime Minister of Japan) and Xi Jinping (Chinese President). Only two per cent of respondents said they did not know Mr. Obama or Mr. Harper.

Ms. Kurl said she was surprised by how many world leaders Canadians didn't have an opinion of. "This has been a summer when international news has really driven the headlines," she said, citing the conflicts in Ukraine and the Middle East, and the World Cup.