It was not a vote-counting problem but a communications failure that caused the delays that plagued New Brunswick's electoral evening, officials say.

The results of the vote were not compromised, chief electoral officer Michael Quinn said on Tuesday, explaining that the glitches stemmed from a software failure during the transmission of the numbers to the public.

Monday's election, in which the Liberals won a majority, was the first time a province had used tabulating machines to count and record election ballots.

However, Mr. Quinn said a recount can only be ordered by a judge.

"The results were delayed in getting to our website. Didn't reach it until approximately 1 a.m. [for the] final results. But those results on our website are the correct results from the tabulation machines," he said.

The voting machines were provided by a Toronto company, Dominion Voting Systems Corp.

Company vice-president James Hoover said the problem was pinpointed to a computer program configured to expedite the release of results to media servers and to the website of Elections New Brunswick. "Part of the communications protocol that we used in that system was an off-the-shelf piece of software. … We saw that component malfunction and we shut it down."

Here is what went right and what went wrong on Monday night, according to Elections New Brunswick and Dominion.

How the tabulating machines work

During Monday's vote, New Brunswick electors marked their choice on large paper ballots that were fed into the tabulating machines.

The ballots were scanned by an optical reader, then dropped into a sealed box inside the machines.

A memory card inside the tabulator recorded the results.

At the end of the evening, each machine printed out its vote tally on a little piece of paper tape.

However, it was what was recorded on the memory cards that constituted the official results.

Elections New Brunswick had asked Dominion to set up two parallel tracks to handle the results, a company representative, Gio Costantiello, said in an interview.

First, there was a faster, preliminary system in which local electoral officers collected the numbers printed out by each tabulating machine and reported them by phone to headquarters in Fredericton, where they were fed into a database and released to the media.

Afterward, under the second track, the tabulating machines were driven to regional offices, where the memory cards were read and the results uploaded to a separate database. Elections New Brunswick chose to drive the machines to regional offices rather than upload the numbers from local offices because the latter option was more costly, Mr. Costantiello said.

There was no need to rush the processing of the machines' memory cards since the numbers from the printouts were already phoned in by officials.

A failure to communicate

As the contents of the memory cards were processed, the results were sent out to replace the earlier numbers, which were considered less reliable because they had been transmitted orally.

It was during that process that something went amiss.

The computer protocol transmitting the second set of numbers to the media server had trouble sending complete results, Mr. Costantiello said. Noticing the discrepancy between the two sets of numbers, Elections New Brunswick suspended the release of results.

The faulty software was a commercial product that had been specifically configured for the occasion.

"We had never done it before. It was a unique request," Mr. Costantiello said.

He noted that the memory cards were not compromised and that the paper ballots also remained intact.

Tabulating machines have been used for a decade in municipal elections, which often have ballots with multiple choices.

Provincial and federal elections only require voters to mark one choice and thus have been slower to adopt the new technology.

Representatives from electoral offices from across the country were present in New Brunswick on Monday night to observe the tabulating machines.

Mr. Hoover would not speculate how his company was perceived by those officials.

The city of Toronto, where voters will elect a new mayor on Oct. 27, uses its own tabulating machines, purchased in 1999 from a Nebraska company, Election Systems and Software.

"This equipment has been successfully used in every election and by-election since 2000. The city conducts extensive logic and accuracy testing to ensure the equipment and results system accurately reflect the votes cast," city spokeswoman Wynna Brown said in an e-mail.

Don't expect the machines at next year's federal election, however.

"Elections Canada has examined tools and practices in many other jurisdictions, including the technology used by Elections New Brunswick to tabulate votes on election night. However, we have no plans to adopt similar technology for federal elections," spokesman John Enright said in an e-mail. 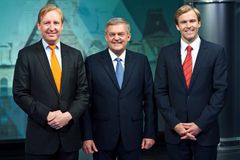 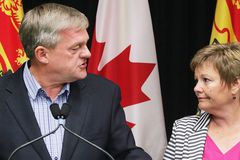 How the New Brunswick Green leader made his ‘historic’ win
September 23, 2014 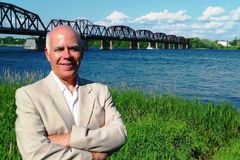