One of ancient Rome's most gifted politicians, Marcus Tullius Cicero, said "The face is a picture of the mind with the eyes as its interpreter". This being an election year, voters will be flooded with pictures of candidates, each campaign hoping we see what we're looking for in their faces, expressions and movements.

For weeks leaders will tour the country, in search of the perfect shot. For those who plan the speeches and tours there are lots of details to think about, but at the top of their list will be making sure they know what idea they want to convey through the photographs that will be taken each day.

We'll see lots of shots taken by photojournalists working for news organizations. But chances are, more of the photos that find their way to our Facebook, Twitter or Instagram accounts will be shots taken by the party campaigns themselves. The following photos are all taken from the respective political parties.

Social media didn't exist only a few elections ago, but plays a greater role in our politics with each passing month. And sharing images is a huge part of that trend. Every day, according to Instagram, 70 million photos and videos are shared. That's almost three million an hour.

Most roundups of the big social media events in U.S. politics last year mention Barack Obama's decision to wear a tan suit to a White House media briefing. What the President said about Russia and Ukraine that day seemed lost in the discussion about the colour of his suit.

All three of Canada's major party leaders get this. 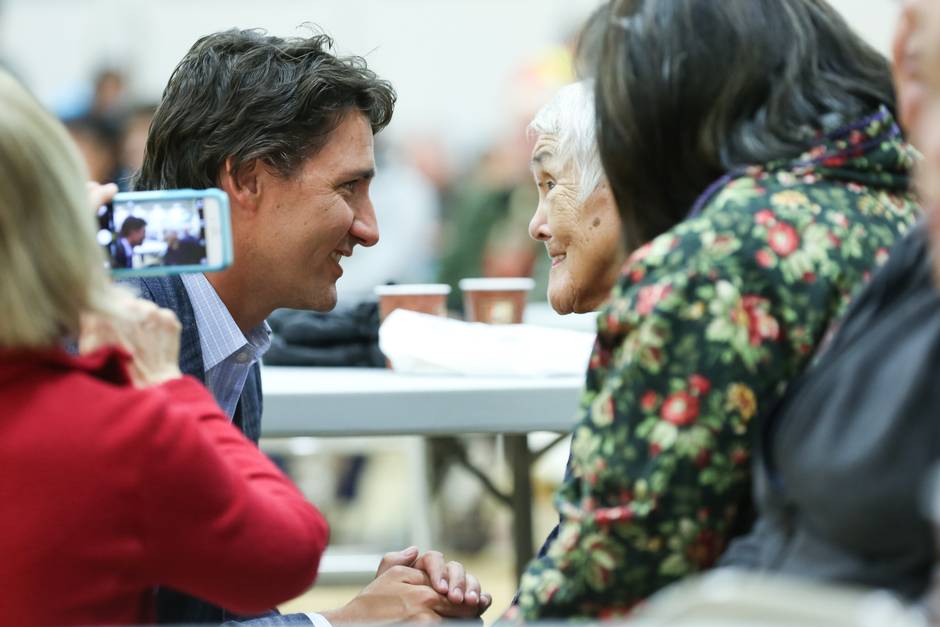 Justin Trudeau’s recent trip to the Arctic was vividly documented and shared extensively via social media. Of the images published, two caught my eye because of the themes they are meant to convey: Mr. Trudeau’s enthusiasm for being with people, his empathy, and the way people react to him. 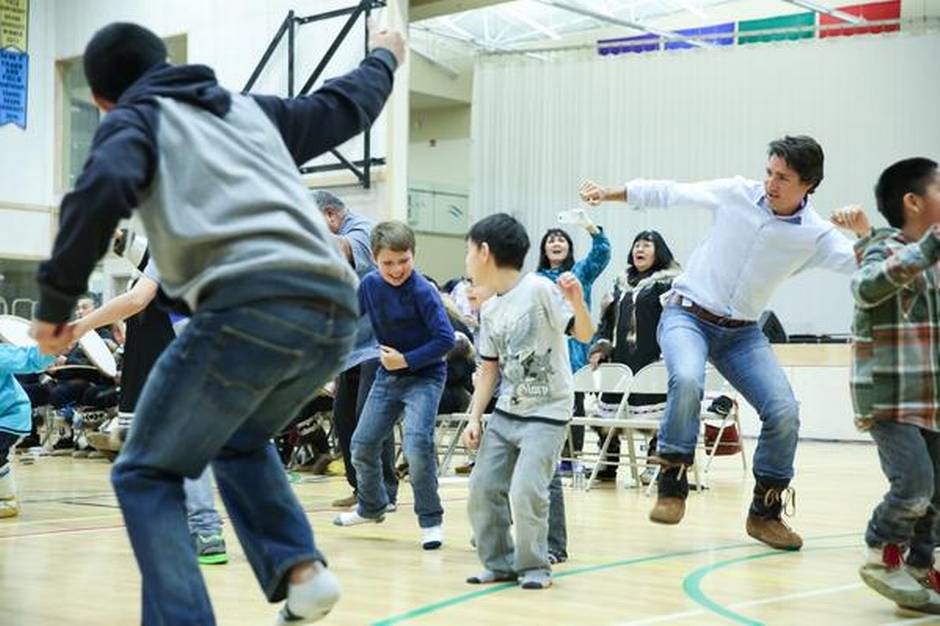 The people he’s with are clearly happy to have him in their company, immersed in their culture. He’s not talking to them. He’s dancing with them, learning from them, hearing what they have to say. 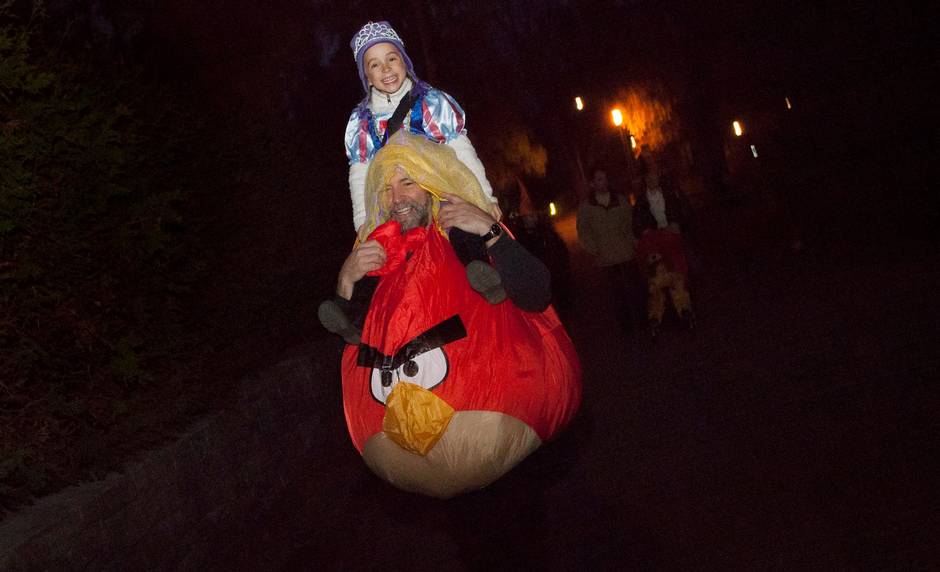 Thomas Mulcair is a serious man. His critics say he’s always angry. The images of him taking the Prime Minister to the woodshed in the House of Commons have helped establish him as a “take no prisoners” political warrior. But many voters fear that the fiercest partisans make the worst choices.

Mr. Mulcair understands this, which is no doubt one of the reasons he did a year-end interview with his wife Catherine, a charming person with a ready smile, by his side.

Two recent images of the NDP leader stand out. The first happened last Halloween, when Mr. Mulcair tweeted a picture of himself dressed up to take his grand-daughter out for Halloween. His costume? Angry Bird. The picture revealed an ability to have a laugh at his own expense, and a more playful nature. 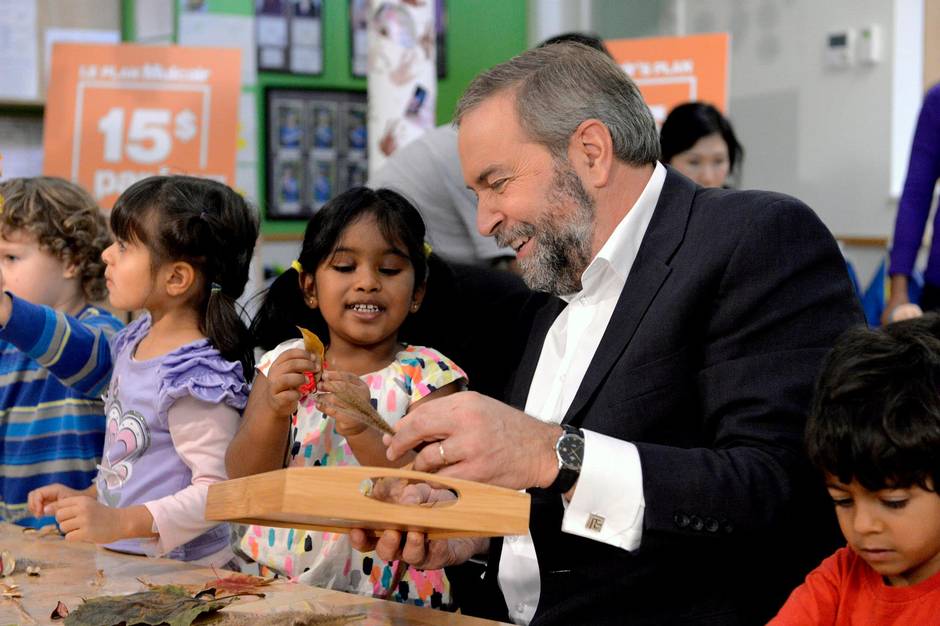 The second shot was taken as part of the effort to promote the NDP childcare proposal. The impression it conveys is that Mr. Mulcair’s commitment to childcare comes from the heart. The delight on his face at being with kids is an emotion that parents and grandparents everywhere can relate to. The effort to soften and lighten the NDP Leader’s image is something we can expect to see plenty more of. 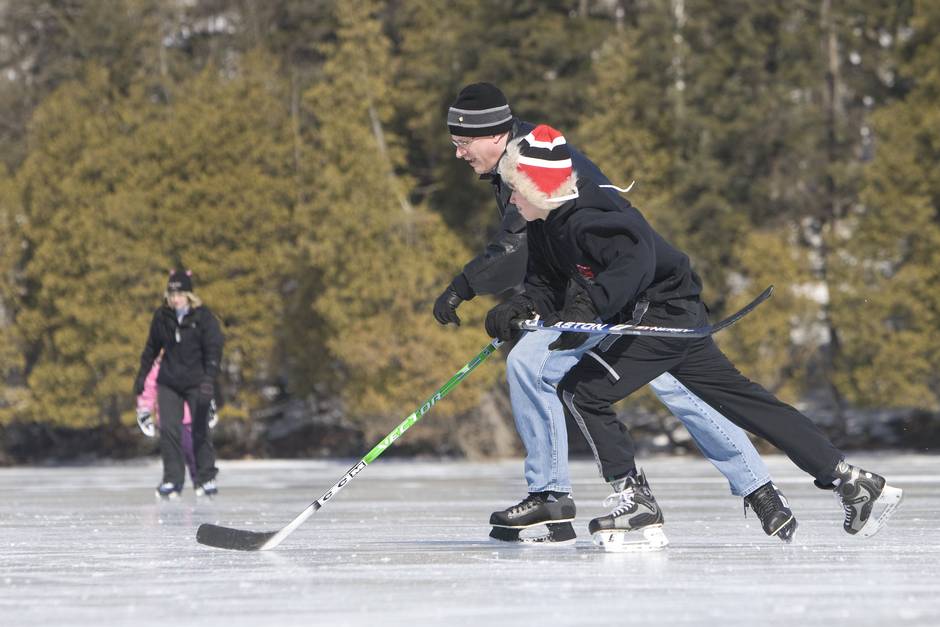 Stephen Harper, after this many years in office, has advantages and disadvantages when it comes to the battle for the eyes and hearts. His public image is well formed, but that doesn’t mean it can’t be altered at all.

There would be no point in creating images that suggest Stephen Harper is someone he’s not. Some of the more effective pictures of the Prime Minister, in my view, are those that show him quietly in his office or car, reading the endless briefing documents involved in his job. Voters like a prime minister who takes the work seriously and puts in the hours.

But there’s a lot to be said for letting voters see a less formal side of his life. Because we’re accustomed to pictures of any prime minister being more composed, the candid nature of these two shots adds extra value. One says that no matter how pressure filled his life is, he can find joy in a game of shinny with his kids. Because his passion for hockey is well known, the image feels genuine. 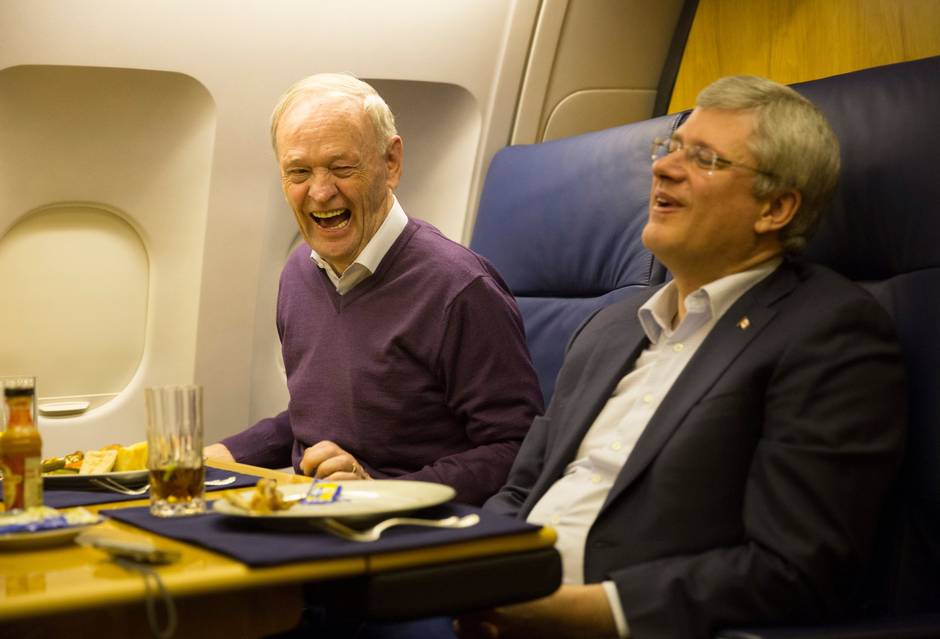 The second image, of the Prime Minister and his predecessor, Jean Chretien sharing a laugh while on a long flight overseas, challenges the conventional wisdom that Mr. Harper is an unrelenting partisan. It delivers a strategically important message for the PM.

New technology is not creating, merely reprising the extraordinary influence of the photograph in politics. Life Magazine’s photojournalism was hugely influential for decades, and many politicians enjoyed having their stories told and character described through the Life lens. These days, the images we’ll be exposed to may be more autobiographical than objective, but that likely won’t dampen the human instinct to look at pictures and see deeper meaning.