When Liberal Leader Justin Trudeau announced Wednesday that he was booting Liberal senators from the party's national caucus, the newly independent group was left to explain what the change might mean for their budget, party membership and partisan activities. Senate Liberal leader James Cowan says the senators will retain the party's brand, but will cease to attend caucus meetings. But Mr. Trudeau went further, saying that Liberal senators would no longer be welcomed as fundraisers and campaigners. Here's a look at what the announcement means. 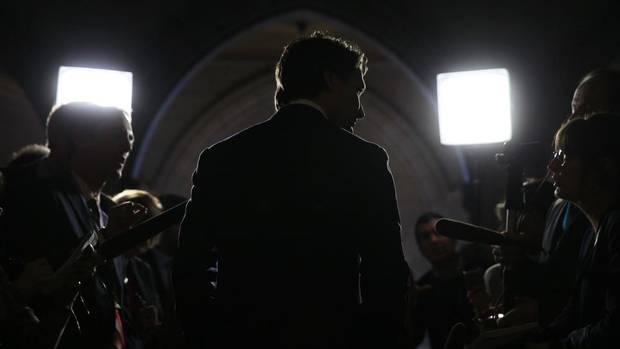 The immediate effect of Mr. Trudeau’s announcement Wednesday is that Liberal senators will lose their place in the larger Liberal Party caucus, meaning they will no longer be able to join Liberal MPs during meetings to discuss policy and priorities. Mr. Trudeau says the shift will give senators more independence, but it could also make it more difficult for them to analyze complex bills without the support of the Liberal Party staff. “I think it’s going to be demanding on the Liberal senators,” Liberal Senator Marie-P. Charette-Poulin said. “We’re going to have to do a lot more work. We have to be more diligent in our review of government legislation.”

Depending on the size of the new Liberal Senate caucus, there could be changes to the way the Senate budget is allocated. For example, if a large number of Liberals decide they would prefer to remain independents, the Liberal caucus in the Senate may receive less funding and fewer committee seats. Some senators said Wednesday that they would need more time before deciding whether to sit as independents or not. “I want to let the dust settle before I confirm my longer-term decision, where the options and consequences will be further deliberated and defined,” Senator Paul Massicotte said. “Until then, I will continue to sit as is.” 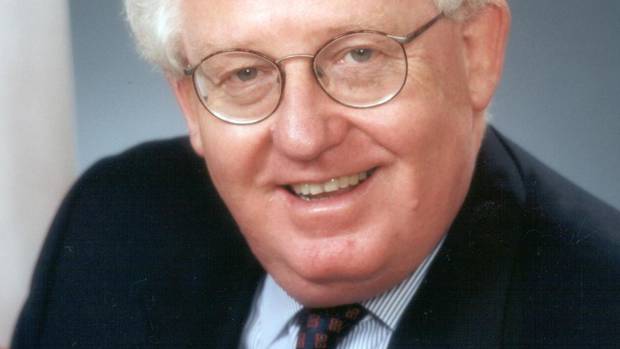 Many senators were appointed to the Red Chamber, at least in part, because of their fundraising skills and long-time service to their party. But Mr. Trudeau announced Wednesday that he would no longer welcome the involvement of Liberal senators in campaigning and fundraising work. Liberal MP Ralph Goodale said the change will require some adjustments. “There may be even some turmoil around that, but you’ve got to bite the bullet and make the decision, make the change, get on with the future,” he said.

Some Liberal senators bristled at the suggestion that they could no longer campaign, pointing out that they are still members of the Liberal Party. David Smith (pictured above), who was national campaign co-chair for the Liberals in 2011, said he would welcome others becoming involved in party fundraising. “I mean, sure people phone me all the time for advice and thoughts and things like that. But I don’t have any official position and I’m not seeking one. I’ve done it,” he said. 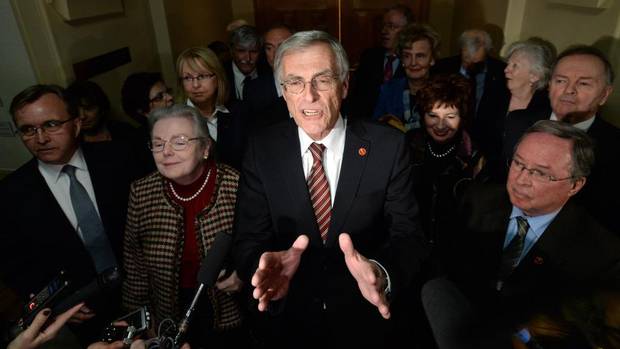 Shortly after Mr. Trudeau announced that Liberal senators would no longer be a part of the party’s national caucus, senators emerged from a private meeting to declare that they still view themselves as Liberals. “We have agreed that we will style ourselves as the ‘Liberal Senate Caucus’ because we all share the values of the Liberal Party of Canada,” Mr. Cowan said. “We will remain proud members of the Liberal Party of Canada, we are supporters, strong supporters of Mr. Trudeau, we will continue to do everything we can to ensure that he becomes the prime minister.”

Some senators said they would continue to refer to themselves as independents, while others saw themselves as independent Liberals. Liberal Senate Whip Jim Munson said that while he and his colleagues were surprised by the news, he doesn’t expect much will change. “At the end of the day, we’re all still Liberals, right? We’re all still working for the party. We’ll still be out there working for the party.”