Political sex scandals are easy fodder for late-night TV comedians – if all other jokes are failing, throw in a reference to Arnold Schwarzenegger's love child.

But they also seem to be magnets for our hidden tribalism: People are unsettlingly willing to belittle the seriousness of sexual harassment in the name of partisan loyalty.

The latest figure to risk being reduced from politician to permanent punchline is Herman Cain.

Until a week ago, the former chief executive officer of Godfather's Pizza was the surprise front-runner in the race for the 2012 Republican presidential nomination. But last Sunday came a report in the online publication Politico, describing two accusations of sexual harassment dating to the 1990s, when Mr. Cain was chief of the National Restaurant Association.

Both cases were resolved with the accusers signing confidentiality agreements and receiving substantial cash settlements.

Even as further details emerged, and accusations from other women, Mr. Cain's right-wing base rushed to counterattack.

On Fox News, the firebrand Ann Coulter put the allegations against the African-American candidate down to racism: "It's coming from the exact same people who used to do the lynching with ropes, now they do it with a word processor."

Radio host Laura Ingraham chimed in: "It always ends up being an employee who can't perform or under-performs and is looking for a little green."

Even very reputable conservatives such as David Brooks began questioning the good faith of women who claim sexual harassment.

"If you are the victim of sexual harassment, and you agree to remain silent in exchange for a five-figure payoff, should any moral taint attach to you?" Mr. Brooks asked on a New York Times blog. "In the old days, somebody who allowed a predator to continue his hunting in exchange for money would certainly be considered a sinner."

It's bad enough that Mr. Brooks willfully ignored that financial settlements are a form of punishment, helping to force employers to take workplace harassment seriously – not to mention making it possible for a woman to escape the situation and get by until she finds a new job.

Even more glaringly, though, Mr. Brooks himself has complained about unwanted sexual attention from an unnamed elected official.

On television in 2009, he revealed: "I sat next to a Republican senator once at dinner and he had his hand on my inner thigh the whole time. I was like, 'Ehh, get me out of here!'"

Yet Mr. Brooks himself refused to identify the thigh-grasping senator – so he should understand why victims often prefer discreet settlements.

That said, when it comes to sexual misconduct, the political hypocrisy cuts two ways: Some liberals are all too ready to give Democrats such as Bill Clinton or Eliot Spitzer a pass, while excoriating the likes of Mr. Schwarzenegger and Mr. Cain.

There is something primal about sex scandals that makes it easier to deny our clan's flaws and demonize the opposing side. Outside politics, we see the same tribalism among the boxing fans who can't admit that Mike Tyson is a rapist, among the Hollywood apologists for Roman Polanski and among sectarian Catholics who try to minimize the church's sex-abuse problem.

In sex scandals, by their very nature, the evidence is often murky, involving conflicting testimony about events experienced only by two people. It is easy to turn it into a Rashomon battle of duelling narratives, a frequent tactic not just of defence lawyers but of interested parties.

Arguably the sheer heinousness of sexual harassment in all its forms also makes us tremendously reluctant to believe charges levelled at individuals we admire.

If someone like Mr. Clinton is a serial sexual harasser of his employees, it clouds our sense of him as a man and his accomplishments as a president.

Comedian Chris Rock once pointed out that rape is a special crime, in some ways worse than murder. "We wanna capture Osama bin Ladin and murder him," he argued when the terrorist leader was still alive. "We don't wanna rape him – that would be barbaric!"

Comedy often helps us live with disturbing cognitive dissonances. That's certainly true of Mr. Rock's rape joke, and there may also be an added benefit to the gibes that surround politicians such as Mr. Clinton and Mr. Cain: By reducing politicians to figures of fun, it becomes a bit easier to make peace with their transgressions.

In that way, the jokes about randy politicians are the flip side of the apologetics that defend them. 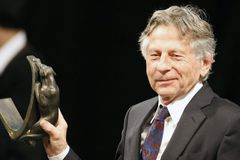