The face of Canada's wealthy is largely male, married and university-educated while the poorest segment of society is likely to be a visible minority living in one of Canada's three largest cities.

A portrait of incomes in Canada shows those at the top of the earnings scale are getting more money from investment income and self-employment. Those at the bottom income decile derive about two-thirds of their income from government transfers, according to Statistics Canada's new 2011 National Household Survey, which asked Canadians about income earned in 2010. And more people across the country are coping with mortgage debt after buying ever-pricier homes.

But the findings are just as striking for what they don't show: the degree to which income inequality is shifting in Canada, along with who fell behind and who got ahead through the recession and the ensuing years after. That's because the methodology changed after the federal government cancelled the mandatory long-form census in favour of a voluntary household survey, a switch that has made long-term comparisons of income trends difficult, the agency itself cautions.

"Income estimates are extremely sensitive to methodological changes," said Brian Murphy, special adviser with Statscan's income division, in an interview. "We didn't compare in this release anything over time."

What's left is a snapshot rather than the complete picture of what's changed. Trends in low-income households garnered the most caveats, where the agency bluntly advised against comparisons to prior censuses.

That's of concern to scholars trying to assess the effectiveness of public policy. "It's unfortunate that as low-income individuals are the target of many government transfer programs, and that the labour market for low-income individuals is of increasing policy interest, that one major tool we would use cannot reliably be used for comparisons over time," said Michael Veall, economics professor at McMaster University who scrutinizes income trends.

The new data comes as the political debate in Ottawa is increasingly focused on income inequality in the runup to the 2015 federal election.

An opening round is playing out in Toronto, where a by-election in Toronto Centre features two high-profile journalists and authors who have both penned books with the term "super-rich" in the title. Chrystia Freeland is running for the Liberal nomination and Linda McQuaig is hoping to represent the NDP, though both will face stiff competition to win their respective party nominations.

Meanwhile, the Conservative-dominated finance committee launched an income inequality study earlier this year after Liberal MP Scott Brison won a House of Commons vote in support of the study.

Eight in 10 in the top 1 per cent of earners are men. Six in 10 are between the ages of 45 and 64. And the majority – or 83.9 per cent – are married or in common-law relationships and living together.

They're also well-educated. Workers in the top 1 per cent were far more likely – at 67.1 per cent – to have attained a university degree, compared to 20.9 per cent of all Canadians aged 15 and over. Among the 1-per-centers, more than half studied in three fields: business, health or engineering.

And they're not all bankers. By profession, they tend to work as senior managers, health professionals and lawyers as well as in business and finance.

Most of Canada's highest earners live in Ontario and Alberta, with resource-rich Alberta home to the greatest proportion of its population in the top 1 per cent. By city, more than half live in Toronto, Montreal, Calgary or Vancouver.

Statscan didn't indicate whether that's up or down from before the downturn. But other agency data shows median after-tax income for families was little changed between 2008 and 2011. That people in the middle haven't slid backward, as is the case in the United States "is more positive than I would have guessed," Mr. Veall said.

The previous census, released in 2006, painted a picture of 25 years of stagnant income growth for the middle class. It showed median earnings of full-time workers were $41,401 in 2005 – a change of just $53 when adjusted for inflation over a quarter of a century.

Nearly three-fifths of low-income neighbourhoods are in Toronto, Montreal and Vancouver. But some smaller cities are also seeing high levels of poverty – Sherbrooke has the highest portion of its low-income population living in poor neighbourhoods, followed by Windsor and Trois-Rivières.

Because of methodology changes stemming from the change to a voluntary survey, Statscan cautioned that its low-income data is "not comparable" to prior censuses.

"Has the poverty rate increased or decreased? Who knows? As a voluntary survey, the NHS is likely to under-represent those with low incomes and several minority groups," said Tammy Schirle, economics professor at Wilfrid Laurier University. "Without census data as a comparison point it is difficult to determine the extent to which the statistics are biased."

THE EFFECT OF GOVERNMENT TRANSFERS ON INCOME

Taxes do more than shift money from richer Canadians to poorer Canadians. They also allow governments to move money across provincial borders. Through a wide range of programs including equalization, pension benefits and low-income support programs, money is shifting around the country with no guarantee that provinces will get what they give.

Wednesday's release of new 2011 National Household Survey data is sure to influence discussions when federal Finance Minister Jim Flaherty meets with his provincial and territorial counterparts to talk transfers later this year.

The new data shows the share of individual income that comes from government transfers is highest in the Atlantic provinces. Three of those provinces – Newfoundland and Labrador, Prince Edward Island and New Brunswick – receive slightly more transfers than the total taxes they pay. In contrast, Alberta – which has been the most vocal critic of existing transfers – is the only province where taxes exceed transfers by more than 10 percentage points. 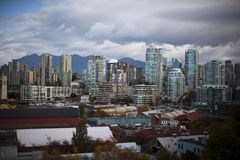 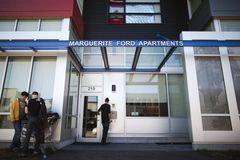 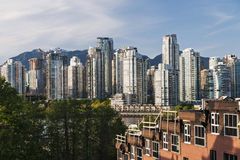 Follow Tavia Grant and Bill Curry on Twitter @taviagrant @curryb
Report an error Editorial code of conduct
Due to technical reasons, we have temporarily removed commenting from our articles. We hope to have this fixed soon. Thank you for your patience. If you are looking to give feedback on our new site, please send it along to feedback@globeandmail.com. If you want to write a letter to the editor, please forward to letters@globeandmail.com.
Comments