Contrary to what it says on the stock ticker, food is not just any old commodity. As its more holistic advocates say, it's the subject of humankind's most intimate relationship: Food can give life and, through absence or extreme overindulgence, it can take life away.

Those who can afford to fill their bodies with it three-plus times a day use it to sustain families and friendships. We turn to it in times of depletion (nutritional or emotional) and celebration. Many of us spend untold hours watching shows or reading about and cooking up its endless manifestations.

The paradox of this love affair is that Canadians have lost touch with the value of food. In 1931, more than 30 per cent of the people in this country lived on farms. That number has whittled to just over 2 per cent.

Few of us understand what really goes into our food or how our choices send ripples to the fields. Most of us live in cities and gobble down cheap food from big-box stores or wherever else low-cost grub can be had, without questioning why prices are so low.

We're skeptical of the premiums on local, free-range and organic - why pay higher prices if there's a cheaper option? - and lean on takeout, restaurants and convenience meals to get us through busy work weeks.

Without realizing it, we raise kids who can't cook and won't swallow a vegetable. We have become the fattest generation in Canadian history, addicted to eating and riddled with cancer, diabetes and heart disease.

A national food policy is the only way to bring symbiosis back into the system. Cathleen Kneen, a long-time activist with the People's Food Policy Project, argues that it's even a matter of Canada's security. "If you're at all interested in sovereignty, start with food," she says.

"Any jurisdiction that doesn't feed its people is at the mercy of whoever does."

For Monday's federal vote, for the first time, all five parties have included food-specific policies in their electoral platforms. However, the Liberals are the only ones to promise a national strategy - and at this point their odds are looking long.

England, Scotland, Norway and even Sudan have all implemented long-term food strategies, but Canada has for decades shied away from the idea as overly complex. Any good policy will require sacrifices from virtually everyone at the table, most of whom have conflicting interests.

While agribusiness and prairie grain farmers want better access to export markets, locavores, environmentalists and fruit-and-vegetable growers want Canadians to eat fewer imports and more of what can be grown at home.

Consumers generally want the best price regardless of where the food comes from. The retail sector wants to sell it any way it can, from bulk warehouses to drive-throughs. The health-care system needs people to make better food choices.

The process of hashing out the elusive balance in all of this is so politically fraught that four separate organizations, representing farmers, foodies, agribusiness, academics and industry, have set out to draw up their own blueprints for policy-makers.

They've taken it on themselves to map out ways to foster healthier national diets and contribute to long-term global food security; to promote local, sustainable food systems while competing in international markets.

The People's Food Policy Project, the largest civil-society effort, released its version of a national food strategy this month, based on more than 3,000 interviews. The Canadian Federation of Agriculture is at work on the final draft of its plan, and the Conference Board of Canada is slated to release the first findings of a three-year project in May.

While no one is foolhardy enough to assume that any of the strategies will be snapped up verbatim by the next government, the widespread recognition of the need is a sign that a global movement is cresting in Canada.

"It might be argued that we don't really need food sovereignty because there is so much food available. [But]we don't know what will happen with climate change," said Ralph Martin, the recently appointed Loblaw Chair of Sustainable Food Production at the University of Guelph.

"It's during this time that food is readily available and relatively cheap that we're going to have to design a system for more food sovereignty and more food security for Canadians."

That doesn't mean Canada should slam its borders to imports and prepare to grow all of its own food. But it does mean revamping our narrow view of the value of food and agriculture.

"There are some people who think that farming is about people with strong backs and weak minds. It's the opposite now. They need to be extremely educated, adaptable and entrepreneurial people," said Peter Phillips, an agriculture economist and trade expert with the Johnson-Shoyama Graduate School of Public Policy at the University of Saskatchewan.

"I don't think that mindset has totally captured the imagination of our political leaders or even our bureaucratic leaders. We don't have ... a long-term vision of where we could be."

Jessica Leeder is The Globe and Mail's global food reporter. 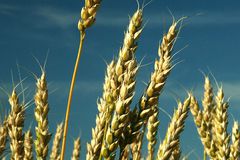 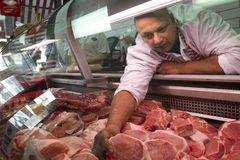 For the first time, food becomes a political priority
April 10, 2011 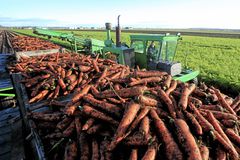 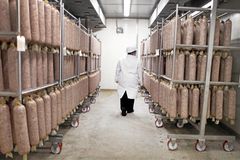