A political class so despised by and disconnected from the American people can hardly damage itself any further as a result of the shutdown of the U.S. government. They are likely to come out of it unscathed and as unloved as they were before it occurred.

The shutdown, caused by the Republican-controlled House of Representatives' insistence on defunding Obamacare as part of a funding package that would keep the governing going, is just the latest in a series of showdowns between Democrats and Republicans in the U.S. Congress.

As a result, Americans appears to be paying less attention. Polling by the Pew Research Center suggests that only 36 per cent of Americans are following the news related to the shutdown very closely, compared with 37 to 40 per cent who were very closely following the news related to the so-called fiscal cliff at the end of last year. More than 40 per cent were paying close attention to the debt-ceiling debates in the summer of 2011, while 47 per cent were following things closely the last time a shutdown loomed in the spring of 2011.

This seems to be an example of the growing divide between Americans and their elected representatives in Washington. The approval rating of Congress sits at just 15 per cent according to the latest averages by RealClearPolitics. A recent poll by The Economist/YouGov put the congressional job approval rating at just 9 per cent, while a CNN/Opinion Research poll put disapproval at a staggering 87 per cent.

But this is nothing new. The RCP averages show that Congress's approval rating has been in the low teens for the last two years.

The politically divided nation is also divided as to why Congress cannot get anything done. While 44 per cent told the Pew Research Center in a recent poll that "growing political divisions in Washington are mostly among elected officials and not society more broadly," 41 per cent said that they "reflect a more divided American society." One thing Americans can agree on, however, is the hypocrisy of their representatives: 74 per cent agreed in a Public Policy Polling survey that those voting against Obamacare should renounce the government-funded healthcare that is provided to members of Congress.

But a historical analysis by Gallup this week suggests that, despite the anger and frustrations, Americans are unlikely to punish their politicians as a result of the shutdown.

When the last shutdown occurred in 1995-96, the approval rating of president Bill Clinton fell from 52 to 42 per cent, but rebounded back to 52 per cent within a few months. Congress's approval rating was a (compared with today) glittering 30 per cent and stood at 35 per cent after the shutdown was over. Approval ratings for Republican Speaker of the House Newt Gingrich and confidence in the U.S. economy were similarly unaffected. And in the subsequent election in 1996, Mr. Clinton was re-elected and both the Senate and House of Representatives remained in the control of the Republican Party.

The shutdown is unlikely to have any real political consequences, then. The Republicans are doomed to lose the stand-off they created and Americans will continue to think their elected officials are doing an extremely poor job. Instead the economy, the federal workers touched by the shutdown and the American citizens who rely on them, will reap what has been sowed. 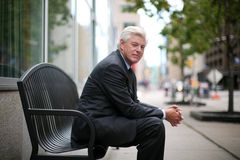 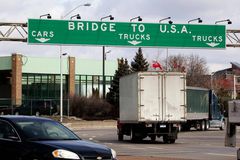 U.S. government shutdown puts over one million out of work
October 1, 2013 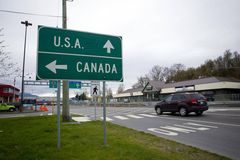