The foyer of the House of Commons contains a testament to the Great War and what it meant to the members of Parliament who steered our young nation through it: a stunning statue of George Baker, the honourable member for Brome who died in the Battle of Ypres, in 1916.

Sadly, that is where our collective memory stops, as Baker's colleague in the Union Government, Samuel Sharpe, who also saw battle and who also died as a result of it, is all but ignored.

This stark omission tells us much about our struggle to come to terms with mental injuries from military service that are still taking their toll on the Canadian Forces.

I first heard of Lieutenant-Colonel Sharpe many years ago, but it wasn't until I was elected to Parliament for the modern successor to his riding, Ontario North, that I learned the full story.

First elected in 1908, after a career as a lawyer and solicitor for the Town of Uxbridge (just east of Toronto), Sharpe had joined the 34th Militia Regiment. When war broke out, he used his influence as an MP to lobby Sir Sam Hughes, the controversial Minister of the Militia, to raise a new battalion from Ontario County, which is now largely part of Durham Region. Hughes agreed and the 116th Battalion was stood up in November, 1915, with Sharpe having recruited much of it personally.

He went on to serve with distinction at Vimy Ridge, in April, 1917, while also maintaining his seat in Parliament. From Vimy, the 116th went on to more combat at Avion and later Passchendaele.

Just months after those horrific battles, Sharpe was re-elected in absentia, the only MP returned to the House of Commons from the battlefields of Europe.

The 116th fought admirably, with Sharpe being awarded the Distinguished Service Order for gallantry, but not without a severe cost. In particular, the death of Lieutenant Thomas Walton, an Uxbridge native and close friend, deeply affected the MP, who began to give way to melancholy.

"It is awful to contemplate the misery and suffering in this old world," he wrote to Walton's widow, "and were I to allow myself to ponder over what I have seen and what I have suffered thro the loss of the bravest and best in the world, I would soon become absolutely incapable of 'carrying on.'"

In early 1918, Sharpe could no longer "carry on." He was hospitalized overseas and by May, his war was over – he returned to Canada and was treated for nervous shock at the Royal Victoria Hospital in Montreal.

Within days, he succumbed to his grief, leaping from a hospital window on May 25. Personal accounts from the time suggest that he could not bear the thought of returning to Uxbridge to face the families of the fallen.

That so few Canadians know of Sam Sharpe is, I believe, attributable to his illness and sad demise. Today, Sharpe might have received treatment for his suffering.

Last spring, Senator Romeo Dallaire and I co-hosted the first Sam Sharpe Memorial Breakfast, which brought together parliamentarians, media, the military, veterans and mental-health advocates to hear two veterans discuss their own struggles.

Such a legacy is more meaningful than any statue or plaque. But we should also pledge to ensure that Sharpe's service and sacrifice are properly recognized within the hallowed halls of Parliament, with the hope that his battles, abroad and within, will be another way to commemorate the Great War and to ensure we never stop learning from it.

Erin O'Toole, the member of Parliament for Durham, wrote this piece with research assistance from Matthew Barrett, a PhD candidate at Queen's University. 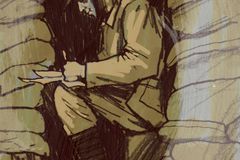 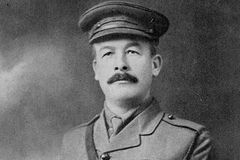 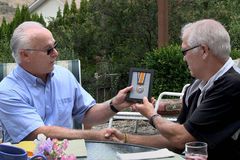 Canadian Great War stories: Globe readers share distant family memories
August 1, 2014
Explore a solider's diaries and memorabilia from the Great War
August 1, 2014
Follow us on Twitter @globepolitics Opens in a new window
Report an error
Due to technical reasons, we have temporarily removed commenting from our articles. We hope to have this fixed soon. Thank you for your patience. If you are looking to give feedback on our new site, please send it along to feedback@globeandmail.com. If you want to write a letter to the editor, please forward to letters@globeandmail.com.
Comments