A troubled government can ill-afford to lose a by-election and even a seemingly secure party can be sent into a downward spiral by an unexpected defeat. Damage control can sometimes begin before the voting does, and the refrain that "governments lose by-elections" is often trotted out. But the truth of the matter is that a governing party is no more likely to lose a by-election than one on the opposition benches.

Since the Ontario Superior Court voided the results of the last federal election in the riding of Etobicoke Centre due to voting irregularities, a by-election will take place there in the coming months. That is, unless the Conservative Party wins its appeal of the decision – announced Monday morning – before the Supreme Court of Canada.

Etobicoke Centre was decided by only 26 votes in May of 2011, with Ted Opitz of the Conservatives defeating Liberal incumbent Borys Wrzesnewskyj. It was the first time the riding had gone for the Tories since 1988. The Liberals won the seat with a majority of ballots cast in five consecutive elections between 1993 and 2006, before Mr. Wrzesnewskyj's vote fell to 49 per cent in 2008 and finally to 41 per cent last year. The riding has voted Liberal at the provincial level for the last three elections as well.

This makes Etobicoke Centre a riding the Liberals would have targeted in 2015. Holding on to the seat in a by-election will be a challenge for the government, as Conservative support in Ontario has dropped by about seven points since the general election. Liberal support, meanwhile, has held generally steady.

Though the Conservatives will undoubtedly make every effort to win the riding again, they might try to lower expectations as they did prior to the by-election in Toronto-Danforth. Since they garnered barely more than 5 per cent support in that vote, they had good reason to do so.

Before losing two by-elections to the provincial New Democrats, B.C. Premier Christy Clark claimed that governments usually lose these votes. In the case of her province, Ms. Clark was absolutely correct. In the last 50 years, B.C. governments have held on to their seats in less than one third of provincial by-elections.

However, Stephen Harper would be mistaken to take the same approach with Etobicoke Centre. Since the end of the Second World War, incumbent parties have retained their seats in 67 per cent of the more than 200 federal by-elections that have been held. Over that period, governments have held on to 66 per cent of their seats, an insignificant difference.

It is true, though only just, that governments do not win most by-elections: since 1945 the governing party has won 49 per cent of them. But that has more to do with the advantages of incumbency. Opposition parties have retained their seats 69 per cent of the time, again an insignificant difference from the government's record.

There have not been enough recent examples of by-elections caused by the voiding of results by the courts to draw any proper conclusions. But in the four cases since 1945, the seats have been retained by the party originally occupying them only once.

But while governments have generally performed within the average over the last seven decades, a loss by the Conservatives in Etobicoke-Centre will be even harder to dismiss when looking at more recent results.

Interestingly, over this more recent time period the Official Opposition has been unable to steal a seat away from the government. In Etobicoke Centre, where the New Democrats took less than 15 per cent of the vote in 2011, that streak is unlikely to be broken. The good news for the Liberals is that in the last 29 years only smaller opposition parties in the House of Commons have managed to grab seats from the government between general elections. That is, however, a long way to go to find a silver lining for the Liberals' newfound third-party status. 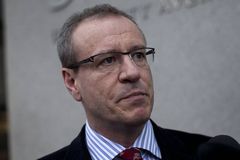 Tories urged to face voters in Etobicoke Centre
May 24, 2012 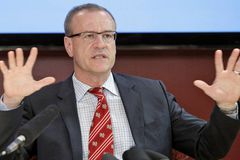 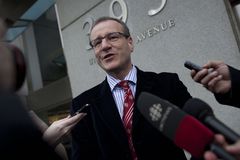 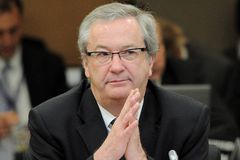 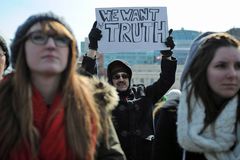