The winding roads of Northern Ontario skirt around many of its most valuable assets – mines, forest plots and mills are largely hidden in the countryside and accessible only by dirt roads and trails.

But as the province struggles to pull itself back from economic ruin, those assets aren't going to stay hidden for long. Residents considering the wealth of riches that wait to be extracted have a sinking suspicion that they will benefit the least from the region's resource boom.

They are concerned the good jobs – those involving processing and research – will pass them by as Southern Ontario towns position themselves to take advantage of the North's lack of infrastructure and comparatively low number of skilled trades people.

Once they would have been resigned to their fate – but that's changing. As the province's top politicians descend on Thunder Bay for a debate on Friday, all eyes are on the region and its possibilities. It's a scene also playing out in resource-rich but job-poor communities across the country, particularly in the Northwest Territories and Alberta.

The attention the region is receiving in the provincial election campaign far outweighs its 14 seats in the legislature as the province grapples with a $14-billion deficit and watches helplessly as manufacturing jobs that once powered the province's economy vanish.

Federal politicians campaigned hard here in the spring. This fall, provincial leaders are making frequent pilgrimages to cities such as Thunder Bay and New Liskeard to talk about their plans for the region.

"For the North to be getting this much attention is unheard of," said Laure Paquette, a professor at Thunder Bay's Lakehead University. "There is really big long-term economic potential, but people don't know how to play their cards. Local politicians don't know how to handle the attention."

Ontario's north accounts for 90 per cent of the province's land mass and only 6 per cent of its population. The drive to Kenora from Toronto takes about 21 hours.

While the forestry sector has waned in the past decade, mining exploration and investment have ballooned. Last year, companies spent $8.5-billion seeking and developing mine sites.

That number could increase exponentially with development in the Ring of Fire – a swath of land in a northwestern corner of the province that is rich in the stainless-steel component chromite.

A single diamond mine – the province's first, near Attawapiskat – added 600 jobs when it was built in 2008 and now has a permanent staff of 400. It is expected to bring $6.7-billion to the provincial economy before it ends its 17-year operation.

"That resonates because the only real issue here is the economy," Prof. Paquette said.

Rod McKay, a mill worker who is the Progressive Conservative candidate in Kenora-Rainy River, says development policies should support the financial security of Northerners.

"If we're going to return Ontario to a 'have' province, we'll need to allow the wealth of the north to stay in the north," he said.

That means more mills such as the one Weyerhaeuser operates just outside Kenora. The 4.5-hectare indoor facility smashes wood and then puts it back together in different shapes and configurations.

Manager Bill Candline said the mill is hiring because things are getting busy as the company finds new ways to market its wood. Electricians and millwrights are particularly needed.

"What we're doing is very high-tech," Mr. Candline said as he watched the debarker shave logs. "This isn't just cutting and chopping. These are good-paying jobs, and we're definitely one of the employers of choice in the region."

Even so, many workers opt to commute to Alberta for higher wages. "But they don't want to leave permanently, they'd rather have good jobs here," he said.

The Liberals unveiled a Northern plan last year and provided more details about plans to improve infrastructure and introduce an industrial electricity rate. The Conservatives and NDP also have Northern plans, and federal agencies have been trying to steer investment to the region.

But the efforts are disjointed, said Charles Conteh, an assistant professor of public policy at Brock University.

"There's no real plan to support a systematic engagement in the North," he said. "The problems are larger than the region – there needs to be a broad and intelligent discussion about how to battle the persistent decline of the mainstays of the economy."

NDP candidate Sarah Campbell said it is not right to ship northern resources elsewhere for others to process for higher pay.

"There's no reason why, if it's managed properly, that we can't have a robust local economy," she said.

The south's the target in battle for Northern Ontario
September 21, 2011 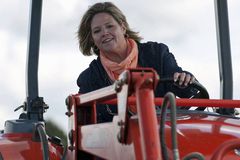 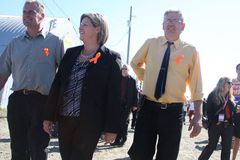