Voters head to the polls today in four Canadian ridings, offering a glimpse of the federal political landscape half-way toward the next federal election.

The by-elections in Toronto, Montreal and two Manitoba ridings are the first since the Senate scandal shook Prime Minister Stephen Harper's office and the Conservative Party. With four votes at once, it's the biggest test yet for both the NDP's Thomas Mulcair and the Liberals' Justin Trudeau as party leaders.

As voters cast ballots, Forum Research polls show there's reason for optimism in the Liberal and NDP camps, while the Conservatives, at best, are on track to hold on to seats they already had. Here's a look at the four races.

This is the race to watch. It’s gone Conservative, or Progressive Conservative, all but once since 1953, when PC candidate and future cabinet minister Walter Dinsdale won his first of 12 elections there. The seat has gone blue every time except 1993, a vote where Liberal Glen McKinnon won a narrow race, one that included then-PC candidate Larry Maguire.

All this backstory looms large in Monday’s vote. The front-runners are Liberal Rolf Dinsdale – Walter’s son – and Mr. Maguire, who became a provincial MLA in 1999. This time around, Mr. Maguire won a hotly contested nomination battle that saw some candidates essentially disqualified, angering some Conservatives in the southwestern Manitoba riding.

Mr. Dinsdale, aided by Mr. Trudeau, has gained momentum and built a lead. Meanwhile, Mr. Maguire has kept a low profile, at one point filmed ducking away from cameras after a candidates’ debate.

“I know it sounds strange, because it’s in that riding, but [polls] always show the Liberals are ahead,” Forum Research president Lorne Bozinoff said of the traditionally Tory riding. Polling also suggests some Conservatives, perhaps due to the nomination problems, are planning on staying home. “When you take the people out who say they’re not going to vote, the Tory vote goes down, so maybe there is something to that,” Mr. Bozinoff said.

While it’s important not to read “too much into a single by-election,” the Brandon-Souris race could be problematic for Mr. Harper, said Paul Thomas, a professor emeritus at the University of Manitoba.

“Symbolically, that would be a serious setback to the Harper Conservatives,” he said, adding that turnout will be a significant factor, one that could help the Conservatives hold the seat despite the departure of their incumbent, and unrest after a controversial nomination process.

“It’s remarkable how well the Liberals are doing there, and I think it’s partly self-imposed on the part of the Conservatives, but I still think the Conservative machine will still be better at identifying and getting out the vote,” he said.

For subscribers: Why this riding is making Stephen Harper nervous, analysis by Campbell Clark 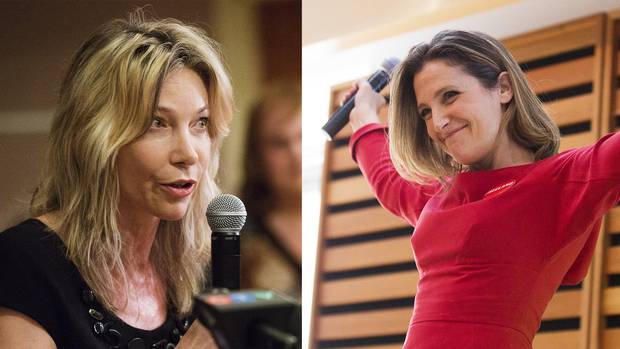 Another hotly contested riding, one where both Mr. Trudeau and Mr. Mulcair have made appearances.

The Liberals have long laid claim to the riding, most recently held by former interim leader Bob Rae, and are represented this time around by Chrystia Freeland, the Trudeau team’s hand-picked candidate. She’s already an economic advisor for the leader, who essentially saw her as a shoo-in. “She is going to win the confidence of the people in Toronto Centre,” Mr. Trudeau told reporters in Ottawa two months ago.

She’s on pace to win, but it’s close. Forum’s polling shows steady support between 45 and 49 per cent support, while New Democrat Linda McQuaig – her own party’s star candidate – has surged, with 39 per cent in the latest polling, eight points back of Ms. Freeland.

“It’s been getting closer and closer. She still has a lead, but it’s not the huge lead she had before. And that’s the type of riding when the NDP can pull out all the stops, and get the vote out,” Mr. Bozinoff said, adding of the NDP: “My feel is they’re going for broke on that one, and they’re throwing everything in.” 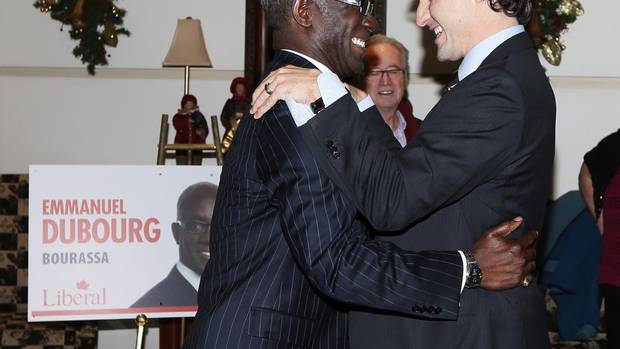 This riding was held by Liberal Denis Coderre, who is now the city’s mayor. It appears set to stay in Liberal hands.

Candidate Emmanuel Dubourg, an accountant and former provincial Liberal MNA, has maintained a lead in the riding, though NDP candidate Stephane Moraille is on his heels. The lawyer and former Bran Van 3000 singer has seen her poll numbers jump, though she was still 12 points back of Mr. Dubourg in Forum’s latest poll.

Both Mr. Trudeau and Mr. Mulcair – who himself took advantage of a by-election, in 2007, to win a previously Liberal seat and ultimately kick-start a Quebec surge for the NDP – have campaigned in Bourassa, staking their reputations to the campaign. Mr. Bozinoff sees the race as a preview of the 2015 federal election battle between the Liberals and NDP in seat-rich Quebec, where each party would need to do well to maintain hopes of a majority. 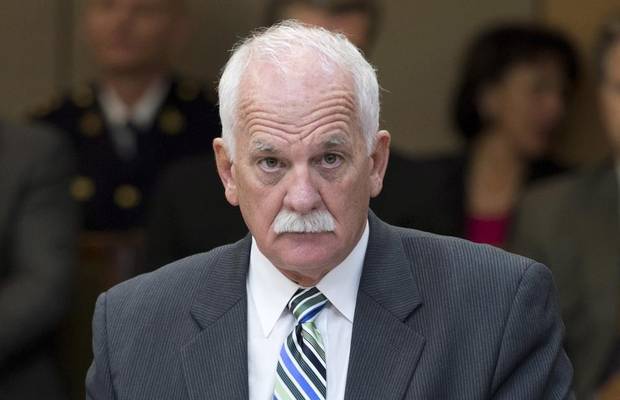 Vic Toews’ old riding is expected to stay Conservative, if only because it’s one of the party’s strongholds. But Forum shows the gap there, too, is closing, with Liberal Candidate Terry Hayward 11 points back.

But history doesn’t bode well – Mr. Hayward finished third in 2011, and Mr. Toews took 70 per cent of the vote. Conservative Candidate Ted Falk is polling below that. Mr. Bozinoff said a Provencher win, at a lower margin, could signal trouble for the Conservatives in other ridings that are typically not as safe for the party.

“Even if they don’t lose Provencher, people are going to look at the difference with what they got last time and where they got now. People are going to apply that shift to the rest of the seats in the Prairies,” he said. The Conservatives narrowly won a Calgary seat in a by-election last year, but still hold 50 of the 56 seats currently in the Prairies. New seats are being added for the next election, expected in 2015, giving the Prairies a total of 62 seats. 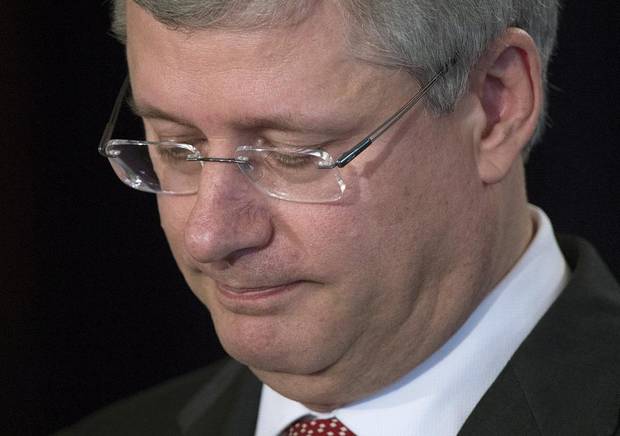 The view from Ottawa

The by-elections essentially have the Conservative Party on the defensive, at a time when the Senate scandal continues to swirl in Ottawa and as RCMP investigate former Conservative senators and one former staff member, all of them appointed or hired by Mr. Harper. A letter signed by the Prime Minister was reportedly circulated in Brandon, and Jenni Byrne – a top official in Mr. Harper’s office and party stalwart who led the 2011 federal campaign – was in the riding in the final days of the by-election campaign. The high-level involvement suggests that Forum’s polls aren’t alone in showing the seat is at risk of going Liberal.

Holding the Toronto and Montreal seats is crucial for the Liberals, who have 34 MPs in the 308-seat House of Commons. For the NDP, a win in any of the ridings would buoy the party’s hopes at a time when Mr. Trudeau has propelled the Liberals ahead in national polls. In particular, the Toronto Centre riding could be considered a bellwether. “There’s no path to victory for the NDP forming government and not winning that riding,” Mr. Bozinoff said.